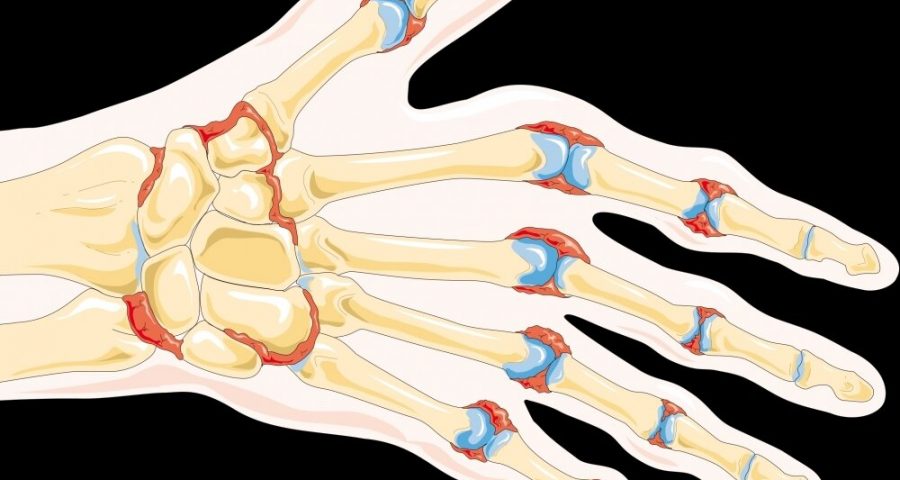 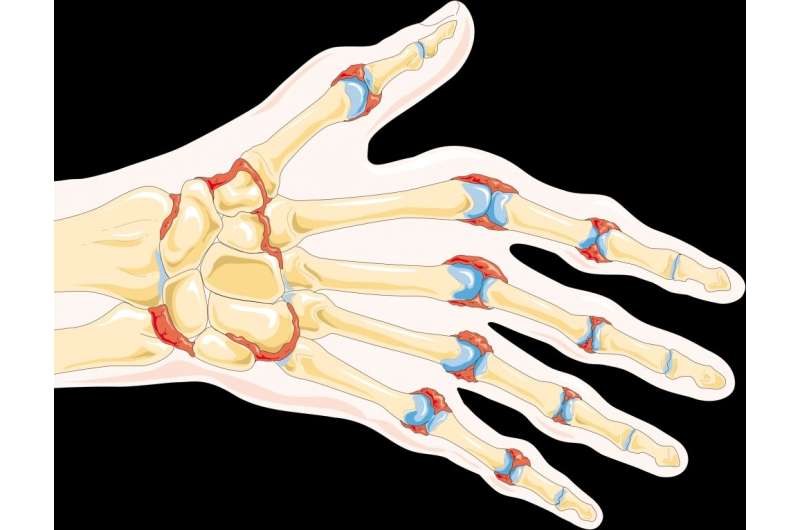 In a study aimed at investigating the mechanism responsible for exacerbating rheumatoid arthritis in smokers, researchers at the Center for Research on Inflammatory Diseases (CRID), linked to the University of São Paulo (USP) in Brazil, discovered a novel path in the inflammatory process associated with the bone damage caused by rheumatoid arthritis. The discovery opens up opportunities for new therapeutic interventions to mitigate the effects of the disease, for which there is no specific treatment at this time.

An article on the study is published in Proceedings of the National Academy of Sciences (PNAS). The researchers identified the action of a molecular mechanism involved in the inflammatory process: release by T-lymphocytes of extracellular vesicles loaded with genetic material (microRNAs). The vesicles reach cells in bone tissue, increasing the formation of osteoclasts, cells that break down bone matrix in joints (a critical function in bone maintenance, repair, and remodeling).

“The study set out to extend our understanding of how cigarette smoke exacerbates the inflammatory process in rheumatoid arthritis. We discovered a path associated with bone damage. This is an important finding since pain and inflammation have been treated with medications, but the bone damage that is a debilitating complication of this disease is practically irreversible,” said Fernando de Queiroz Cunha, principal investigator of CRID, one of the Research, Innovation and Dissemination Centers (RIDCs) supported by FAPESP.

Rheumatoid arthritis is an autoimmune disease in which for an unknown reason the immune system mistakes parts of the patient’s body for an invading pathogen and attacks them. The inflammation triggered by the immune system’s overreaction is known to involve Th17 cells, a T-cell subtype, and to create cascading effects such as the release of cytokines (signaling proteins), including IL-17, as well as other molecules that participate in the disease’s progression.

Smoking is known to be an aggravating factor for rheumatoid arthritis. Previous research by the same CRID group showed that cigarette smoke exacerbates the inflammatory process in arthritis mainly by activating the aryl hydrocarbon receptor (AhR) on Th17 cells.

“AhR is a pollutant-detecting intracellular sensor that participates in the inflammatory process. When AhR is activated on T-cells by certain ligands, they differentiate to Th17 even more. The increase in Th17 cells exacerbates the inflammatory process. Although smoking doesn’t cause rheumatoid arthritis, it makes the disease worse,” said Paula Donate, a CRID researcher whose postdoctoral research was supported by FAPESP.

Donate explained that AhR acts mainly as a transcription factor. “If this receptor is activated by an external agent such as cigarette smoke, it enters the cell nucleus together with other proteins and promotes the transcription of various genes, including microRNAs, which are small regulatory RNAs inside the cell,” she said.

In the study, the researchers wanted to find out which microRNAs in Th17 cells were more expressed owing to AhR activation. Their analysis pointed to miR-132. They analyzed the full set of microRNAs expressed by Th17 cells and correlated the findings with data from a laboratory trial involving mice and human patient samples.

“To our surprise, however, when we treated T-cells with antagonists of the microRNAs, they continued to differentiate normally into Th17 cells, releasing the cytokines characteristic of the inflammatory process in rheumatoid arthritis. If it had no influence on the intracellular process, it was a sign that miR-132 could be released into the extracellular medium,” Donate said.