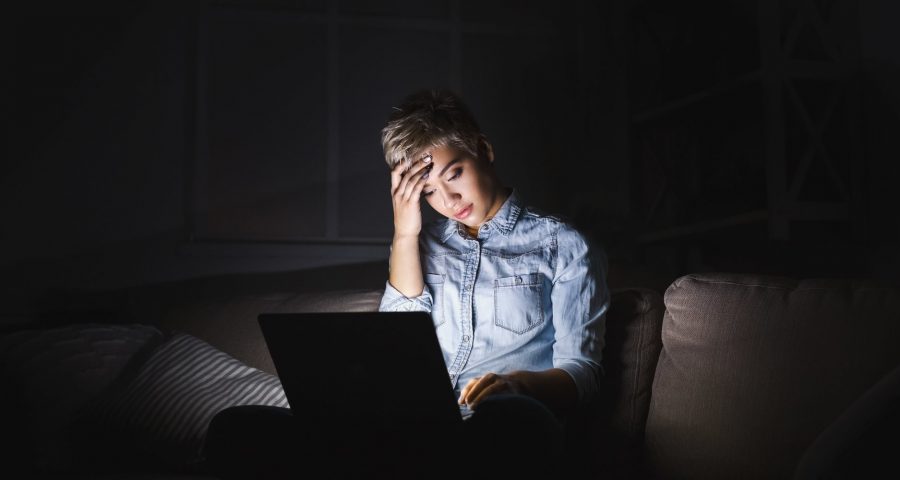 Last month, I wrote a detailed account of the mob sexual harassment I’ve been experiencing on Facebook. Dozens of readers from around the world have responded with disturbing tales of their own: An American woman’s convicted rapist has impersonated and harassed her online since his release from prison. A Scottish woman said a group of trolls took over her dead mother’s Facebook page to torment her family. Many described horrendous campaigns of defamation and intense cyberbullying.

Others proposed a simple solution: Get off social media or get used to it.

Their stories highlight the alarming scope of this issue in the U.S. and beyond, and the often callous attitude toward abuse that occurs behind screens. And although these online attacks are abhorrent, they are not as uncommon as you might think.

A staggering 40 percent of Americans have personally experienced online harassment, according to 2017 data from the Pew Research Center, and nearly 1 in 5 have been subjected to particularly severe forms of this behavior ― such as stalking and threats of physical harm. Black and Hispanic Americans are most frequently the targets of online abuse, including racial and ethnic slurs.

The majority of American men, who are far less likely than women to be targeted online because of their gender, believe that offensive content on the internet is “taken too seriously” and that it is more important for people to speak their minds freely than to feel safe and welcome online.

The argument that online privacy and safety must be sacrificed to protect free speech is a tired one, according to Laura Macomber, a press freedom project manager at PEN America. She believes online harassment is, in fact, a clear threat to free expression.

“People are withdrawing and they’re not exercising their right to speech because they’re afraid for their safety” as a result of online abuse, said Macomber, who produced PEN America’s Online Harassment Field Manual, a new resource for writers and journalists.

When dealing with cyberharassment, people should always “do what’s best for them and what feels safest,” Macomber added. “If that means getting offline for a period of time, there’s no judgment around that, it’s just something that we really want to avoid, and we want to help people stay online.”

I spoke with experts and survivors of online harassment to compile a quick list of tips and resources for coping with online abuse without being silenced or forced offline.

One of the first things you should do is put together an organized folder documenting as much evidence of the harassment as possible. Gather links to the offending content as well as screenshots or printed documents, in case any posts or messages are later deleted. Be sure to include the time, date and as much context as you can ― including your own correspondence with the harasser or harassers ― to keep a complete record of all relevant interactions.

Tracking your harassment in full can be very useful if you decide to report the abuse, whether it’s to law enforcement officials, an employer, a teacher or social media platforms like Facebook and Twitter, especially if a considerable amount of time has passed or the abusive behavior is ongoing.

If sifting through this kind of hurtful material is too upsetting or emotionally draining, consider asking a trusted friend or family member for help.

Taking action to protect yourself online is an essential but sometimes overwhelming task. If you worry that people may be trying to access your private information, dox you or hack into your email, for example, lock down your accounts right away.

Password managers like 1Password, which costs $2.99 per month, generate randomized passwords for any site or service and sync them across all devices. You can also increase your online security by using two-factor verification apps like Duo Mobile.

On social media, we’re encouraged to share so much of our lives and information about ourselves, which can leave us vulnerable to cybercrimes like stalking and impersonation. On Facebook, you can adjust your settings so that only users with mutual friends can send you a friend request. With one click, you can also change all of your past posts, including those shared publicly and with “friends of friends,” to become visible to your friends only. You can also block individual users or set certain friends’ access to “restricted” to limit what they see on your page.

On Twitter and Instagram, you can block or mute specific users to prevent them from contacting you. You can also set your profile to “private,” meaning people must request access to follow you, and none of your posts will be publicly visible. But keep in mind that strangers already following you will not automatically lose access to your page when you change it from public to private.

There has been a growing push for social media giants to take more responsibility for the cruel and sometimes threatening content targeting users on their platforms. But legally, they often don’t have to. Section 230 of the Communications Decency Act is a piece of legislation that absolves social media sites of liability for user-generated content, with few exceptions.

HeartMob, a platform to combat online abuse, outlines specific ways to deal with harassment on Twitter, Facebook, Tumblr, Reddit and YouTube. It also offers detailed information about how to report online abuse to authorities, when to contact police, where to find a lawyer, how to prepare a case and more.

One of the most effective strategies to counter hate online “is when other groups or supportive communities come together and enter the space where the hate is taking place, and they try to re-appropriate the narrative,” according to Macomber.

HeartMob strives to help victims of online abuse and empower bystanders to take action. One of the platform’s most unique features is its real-time support network where people can report harassment they’re facing and receive encouraging and uplifting messages from an online community to help drown out the vitriol.

HeartMob also lists coping methods and resources to practice self-care when “logging off” indefinitely is not a desirable or viable option.

Both ignoring and confronting trolls can be “lonely and isolating” experiences, says Macomber, which is why she encourages targets of online harassment to seek support on- and offline instead of being silenced.

“There is still a lot of institutional and social bias [suggesting] that people need to suck it up and deal with it, because it’s just the reality,” she said. “We have to counter the hate that is proliferating online by creating more and more communities that are willing to support each other and step up to bat to defend each other against harassers.”