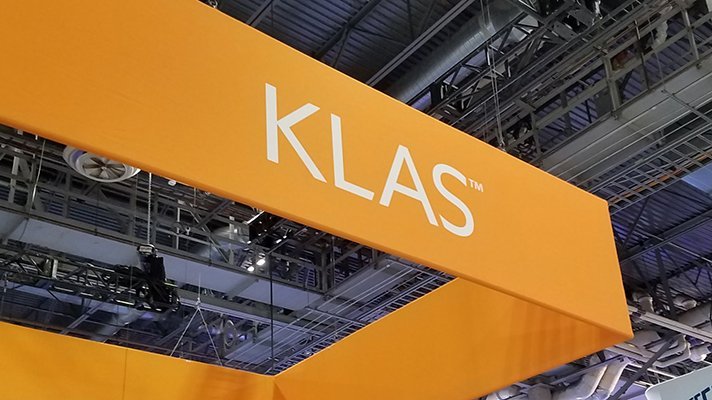 Healthcare IT News previously reported on a KLAS study that showed "speech recognition proving its worth," with findings that nine out of 10 hospitals had plans to expand their deployment of front-end voice tools. Four years later, that potential may be stalling somewhat.

Clinician resistance was cited as a big hurdle to voice recognition technology making the most of its usefulness in that 2014 KLAS report. Now, in a new study, the research agency sees other limiting factors at work in U.S. hospitals, with speech tools failing to improve the usability of electronic health records to the degree many think they should.

"Front-end speech recognition tools have long held the promise of increasing EMR usability for physicians and helping to decrease costs," write Boyd Stewart and Alexander McIntosh in the report. "In reality, a lack of widespread adoption has hampered healthcare organizations’ ability to fully realize an impact."

That said, for those who hospitals who embrace the tools and deploy them in a holistic way, there are big gains to be had, even if physician satisfaction isn't always one of them. KLAS took a look at customers of Dolbey, M*Modal and Nuance who had fully deployed speech technology, asking them for input about what they've gained from using front-end tools with their IT systems.

The promise of voice technology, when properly deployed, is to improve physicians' user experience and smooth their EHR workflows. Of the providers surveyed by KLAS, nearly all said the tech has "had an impact on overall physician satisfaction, yet when pressed for details, most point to satisfaction with the speech tools themselves and not specifically to impact on physician job fulfillment or burnout."

But those who implemented the technology most robustly enterprise-wide said they discovered that voice tools help in other other areas, such as cost savings and productivity. Among the vendors profiled, KLAS offered several insights from the hospitals it polled.

Dolbey has "done well at establishing high-value relationships with their clients for some time," but some customers craved further innovations from their voice recognition offerings. "About a quarter of current customers are at risk of moving to other vendors who, while not as strong in relationships, offer more cutting-edge technology that is better able to meet evolving needs," according to the report.

KLAS noted that M*Modal’s cloud-based Fluency Direct technology is scalable for larger institutions, contrary to popular opinion. It reported that several hospitals, some with as many as 3,000 beds are currently using M*Modal, and most were very satisfied. "Current users feel that, in addition to good support, the product itself is easy to use, integrates well with other systems, and gives organizations the functionality they desire out of a front-end speech tool," researchers wrote.

Meanwhile, Nuance’s Dragon Medical One tool "is seen as a leap in improvement over the previous Network Edition," according to KLAS, which showed that across all metrics the new version of the technology more well-liked than the previous one. "Technology factors including ease of use, functionality, and overall product quality are all highlighted by high adopters as advantages of the new platform," according to the report.