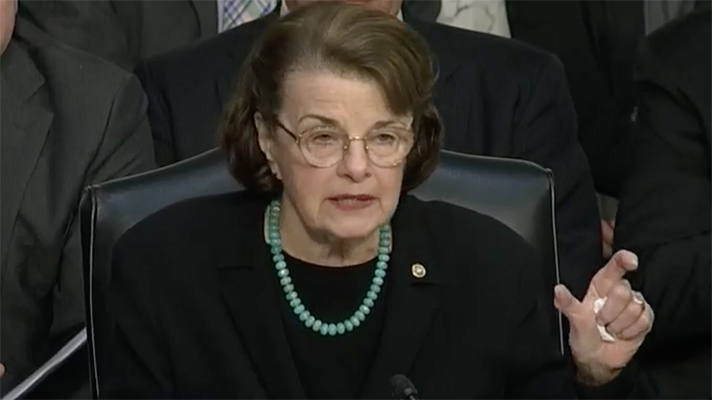 Democratic Senators called out the White House for removing LGBT health information from government websites, including from the U.S. Department of Health and Human Services Office of Women’s Health in a letter sent April 12.

“You have repeatedly broken your campaign promises to support and protect the LGBT community, and this latest assault could compromise the health of more than ten million LGBT people,” senators wrote in a letter to President Trump. “We are concerned that you are putting politics ahead of science and access to evidence-based health care that is critical for millions, and so we call on you to reverse course to ensure that our federal programs serve the needs of all people.”

The effort is led by Senators Dianne Feinstein, D-California, Tammy Baldwin, D-Wisconsin, and Patty Murray, D-Washington. The trio, along with 16 other Senate colleagues, urged Trump to restore the websites to include the LGBT healthcare and scientific information that has been deleted.

“We write to you to express serious concerns about the removal of critical LGBT health and scientific information from the Department of Health and Human Services Office of Women’s Health website, and the removal of LGBT population-based data reports from the Federal Committee of Statistical Methodology (FCSM), from the Office of Management and Budget website,” the three women said. “We are troubled by these recent actions, which, coupled with other actions your Administration has taken to restrict information for LGBT people, reveal a pattern of censorship that fosters discrimination and undermines access to evidence-based healthcare resources that aid millions across the country.”

The senators requested a response by April 30. As of Monday, the LGBT information had not been restored and the White House had not responded, though an aide in Senator Feinstein's office acknowledged that such a response can take time.