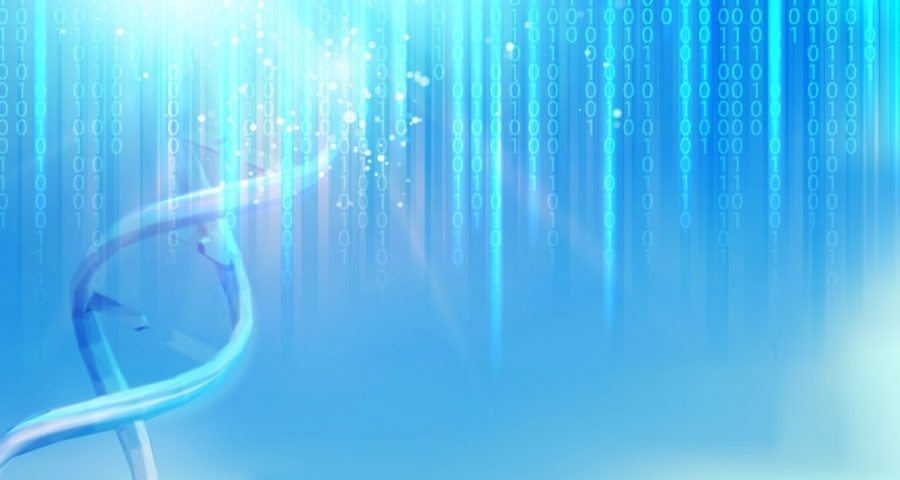 Modern science has advanced to the point where scientists can design living systems or modify existing ones, thereby pushing or breaking the limits of nature, in some cases, to achieve specific aims.

Otherwise known as synthetic biology, this field of science looks to produce novel functional designs that are based on living cells or subcellular microbes. Despite its promise, there are potential dangers surrounding the impact of synthetic biology on community dynamics that need to be explored. 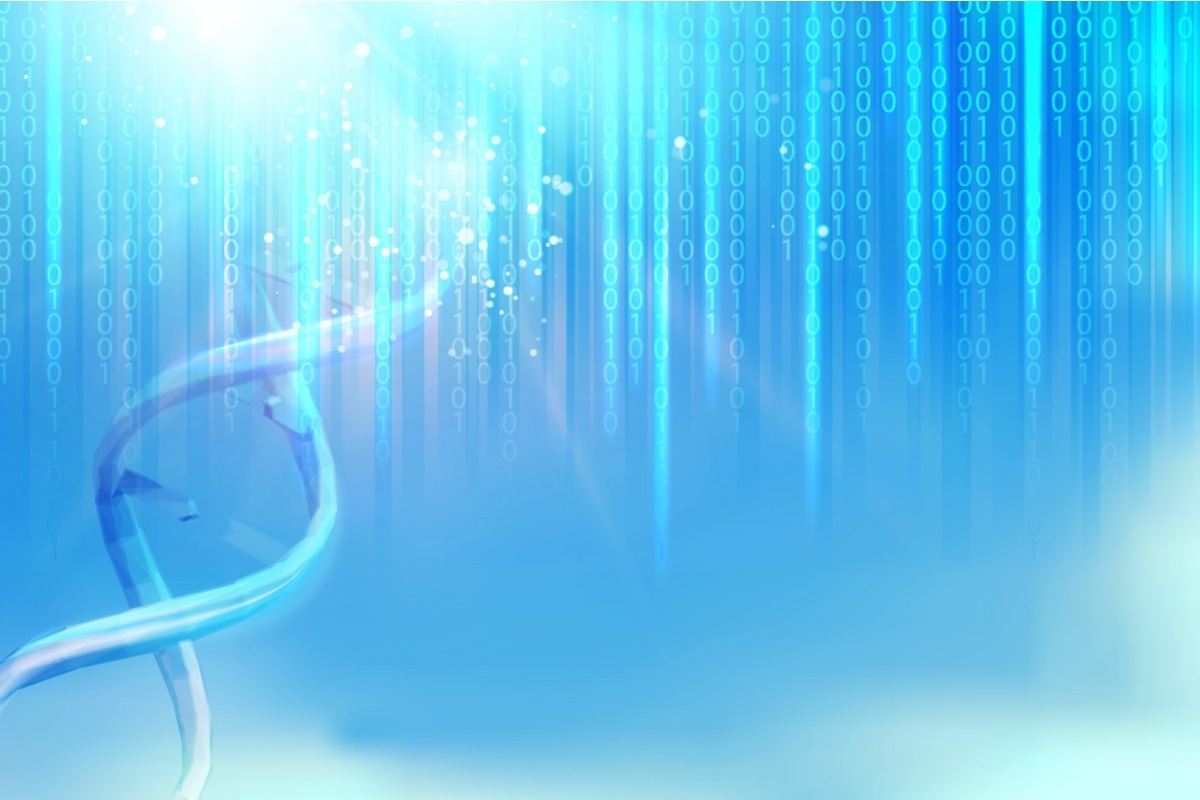 A new iScience study discusses the use of ecological firewalls to predict and control communities of microbiota into which synthetic organisms are released.

Synthetic biology research has led to the development of tools capable of examining natural processes and novel biomedical applications. Taken together, these advancements have been harnessed to design synthetic ecosystems, biocomputational systems, and multicellular systems.

Humans have caused a significant impact on the living world by polluting the oceans and freshwater bodies, all the while reducing carbon dioxide removal and advancing the decay of biodiversity. Thus, the development of these types of microorganisms could help conserve or restore ecosystems, particularly those at risk of catastrophic climate-linked events

Despite their promise, there remains an urgent need to determine the effect of such synthetic designs on cell communities. Notably, prior studies have been restricted by moratoria and modeling frameworks that have been largely absent.

Previous studies have reported the successful utilization of microbial inoculation-based techniques or the introduction of microorganisms into urban waste. However,  these methods introduce a number of microorganisms simultaneously, or even a whole microbiome, into the environment, which can have long-term effects that have yet to be explored. 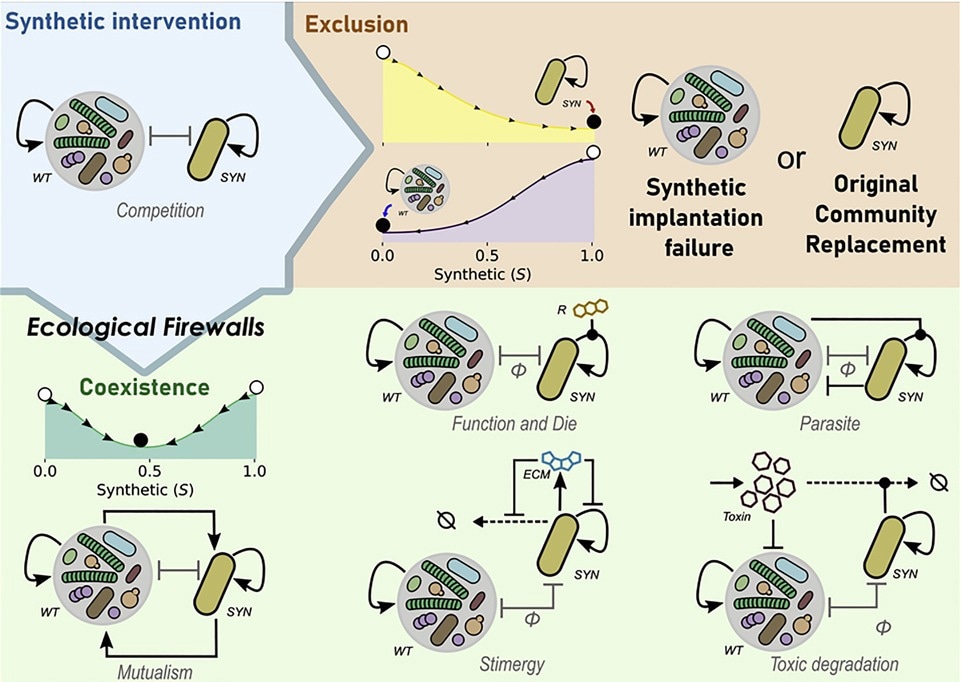 The biocontainment strategies currently used within synthetic biology remain a challenge, as most of these approaches eliminate any interaction between the engineered strains and their surrounding environment. The basic working principle of these methods is to develop a genetic ‘firewall’ that operates predictably and closely resembles known living organisms.

For example, the development of such a firewall could involve designing a new cell. Furthermore, the sequential modification of codons within designed bacterial cells could direct them away from the parent strains toward the artificial cell that is controlled by an unnatural genetic code.

In the current study, the researchers discuss the concept of terraformation as an approach to solving the issue of population containment within synthetic biology.

The key concept here is that, ideally starting from a member of the resident community, a synthetic strain can be obtained to be reintroduced to perform a function while being constrained to a limited spread within the given habitat.”

Research on ecosystems and their tipping points or alternative states demonstrates that the right intervention can transform or restore a degraded ecological community into a healthy one. That is, there are some common characteristics of an ecosystem, that ensure attractor states, which allow the ecosystem to enter one or more possible equilibrium states.

The challenge facing these researchers was to modify or design organisms that could interact with other species in the resident community, such that the resulting robust attractor state would prevent synthetic organism overgrowth.

Earlier studies on invasion ecology show that invasion by a new species is limited by the structure of the host community that ultimately prevents colonization by the new microorganism. Weak host communities or the extinction of top predators are examples of situations in which the invader finds it easy to establish itself. In some cases, the invading organism facilitates the establishment of diversity, thereby helping other organisms to survive.

Attractor stability is determined by how different organisms in the ecosystem interact with each other. With a single stable attractor, an ecosystem could be designed where multiple species, including the synthetic strain, coexist indefinitely. In other words, the designed characteristics of the synthetic organism could result in a dynamic and diverse ecosystem.

In this situation, the ecological firewall would successfully limit the overgrowth of the introduced synthetic species, while leaving it capable of proliferating in response to an increase in the environmental problem, for instance, an oil spill.

Five possible ecological firewalls are discussed in the current paper, each of which have been designed based on different mechanisms including the dynamic relationship between resources and consumers, mutualism, parasitism, indirect cooperation, and niche ecology.

Each firewall represents a specific network of interactions between species that are designed to operate within a greater web or natural community that is responsible for a specific functional role. The scientists chose a model set that uses a single species in a single dimension to simplify the theoretical problem and its outcome.

No specific gene constructs were proposed in the current study. Instead, the researchers looked to examples where the basic functional traits were assumed by the organism following its introduction into a given environment. In each type, the synthetic organism coexists with the existing community, though it may shrink to a very low level at times.

In the example of the resource-consumer dynamic, the goal is to develop synthetic microorganisms that can efficiently degrade certain anthropogenic xenobiotics such as plastic, recalcitrant chemicals, or oil spills. As the microorganism becomes a part of its community and anthropogenic substrate levels are reduced below certain predetermined limits, the synthetic strain should become extinct.

The model used in the current study made predictions that accurately resemble recent findings on the impact of current synthetic biology applications. These include the exponential rise in plastic debris being dumped into the ocean failed to increase the sampled marine plastic concentrations. Simultaneously, an increasing number of plastic-eating bacteria are being detected across the world.

In the mutualistic firewall model, the researchers looked at how cyanobacteria could be engineered to improve soil moisture in drylands. Such an approach would make it easier for more plants to grow in the soil, while also enhancing soil quality and preserving the microbial diversity within the soil.

The behavior of the synthetic mutualistic firewall is ideal, as it improves moisture levels within the entire community, simultaneously improving the soil's production capabilities. Improved soil levels will subsequently benefit the synthetic cyanobacteria, thereby ensuring a coexistence attractor outcome.

In the indirect cooperation firewall example, synthetic organisms that derive carbon from the toxins in an oil spill sustain each other and the community, while helping to clean up the toxins. As the oil levels decrease with increased removal, the synthetic strain becomes less abundant but does not die out.

The scientists have demonstrated the feasibility of using engineered ecological approaches to prevent the overgrowth of synthetic microbial strains. Herein, they considered different types of ecological networks to establish various firewall concepts that allow ecosystems to maintain their required level of diversity while remaining functional as desired.

Further studies may help incorporate genetic firewalls into this broader systems-level approach to enhance the level of biocontainment. Introducing a limited time span is another potentially useful intervention.

Stochastical parameters would also be helpful in building more detailed models, necessitating a careful study of the interactions between the species and abiotic factors.

Above all, these EFW should be used to test future terraformation strategies under a microcosm/mesocosm framework, where the presence and reliability of the previous attractor states could be studied under realistic conditions.”

Dr. Liji Thomas is an OB-GYN, who graduated from the Government Medical College, University of Calicut, Kerala, in 2001. Liji practiced as a full-time consultant in obstetrics/gynecology in a private hospital for a few years following her graduation. She has counseled hundreds of patients facing issues from pregnancy-related problems and infertility, and has been in charge of over 2,000 deliveries, striving always to achieve a normal delivery rather than operative.