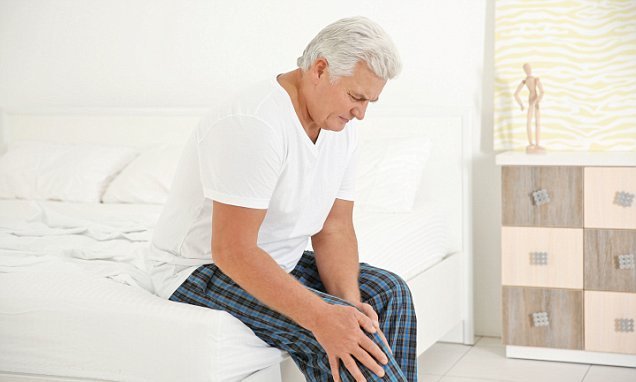 From painkillers to cortisone injections: Scientists rank the five most effective treatments for knee osteoarthritis

Scientists have ranked the five most effective, non-surgical treatments for knee osteoarthritis (OA).

Yet, naproxen is the best overall remedy to both improve joint function and minimise discomfort, the research adds.

Hyaluronic acid (HA) injections appear to be relatively ineffective at relieving pain or boosting knee function, with 12 out of 53 studies finding such therapies are no better than placebo, the study found.

The researchers believe their findings support the use of naproxen as a first-line drug-based treatment for knee OA.

Around 45 percent of people in the US develop OA at some point in their lives. OA is caused by the cartilage at the ends of bones breaking down over time. 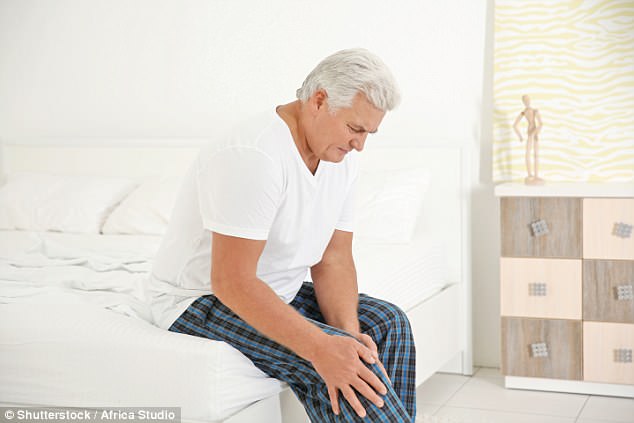 Scientists have ranked the most effective treatments for knee osteoarthritis (stock)

WHAT ARE THE MOST EFFECTIVE TREATMENTS FOR KNEE OSTEOARTHRITIS?

The five most effective short-term pain-relievers for knee oestoarthritis (OA) are, in order:

Yet, naproxen is the best overall remedy to both improve joint function and minimise discomfort.

The research was carried out by the non-profit health system Dartmouth-Hitchcock, New England.

Results may help patients weigh up their treatment options

‘While the information in this analysis is helpful to physicians, patients also can benefit from these findings and use it with their doctors to weigh all possible treatment options.’

The researchers analysed 53 studies that examined OA treatments for at least 28 days with a minimum of 30 people per trial.

They ranked knee OA treatments from one to five, with lower numbers being the more effective.

The treatments analysed included acetaminophen; ibuprofen; intra-articular (IA) or joint injections of cortisone, PRP and HA; and several NSAIDs, including diclofenac; and both oral and IA placebo.

Dr Jevsevar added: ‘This is the first comprehensive mixed-comparison analysis comparing best-evidence scientific research and excluding lower-quality studies that can bias the outcomes.’

The findings were published in the Journal of the American Academy of Orthopaedic Surgeons. 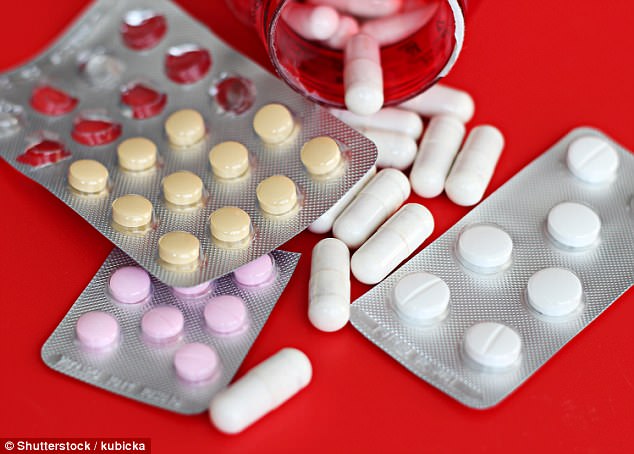 Osteoarthritis – sometimes called ‘wear and tear’ – is a condition that occurs when the surfaces within joints become damaged.

Cartilage covering the ends of bones gradually thin over time, and the bone thickens, according to Arthritis Research UK.

Around a third of people aged 45 years and over in the UK suffer from the condition. This equates to roughly 8.75 million people. At least 20 million are known to suffer in the US.

It is different to rheumatoid arthritis, a long-term illness in which the immune system causes the body to attack itself, causing painful, swollen and stiff joints.

Replacement joints are often necessary for osteoarthritis patients, because the joint has been worn down and causes agonising pain.

The kitchen cupboard staple, which is also known as bicarbonate of soda, may prevent rheumatoid arthritis patients’ immune systems attacking their joints, which leads to painful inflammation, a study found.

After just two weeks of drinking water with baking soda, people produce fewer immune cells that drive inflammation and more that dampen it down, the research adds.

Previous research suggests bicarb enables up to 20 per cent of women experiencing difficult labours to avoid Caesarean sections by neutralising acids in their wombs.

Rheumatoid arthritis affects around 1.3 million adults in the US.