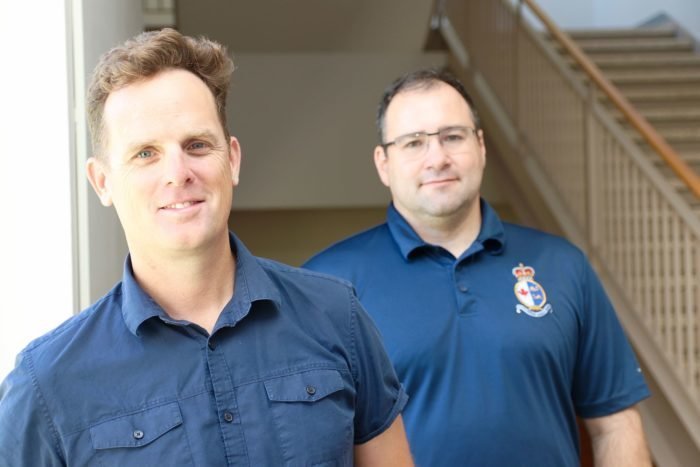 Doctors who give student-athletes the ‘all clear’ to return to play following a concussion may be under-estimating the lingering cognitive impairment that persists, Western researchers say.

Kinesiology professor Matthew Heath said concussed athletes demonstrate a significant cognitive impairment immediately after the concussion diagnosis and, notably, continued to show this deficit even when the athlete has been cleared for return to play.

“We knew, at the initial assessment, the concussed athletes were not going to do as well as non-concussed individuals, but what we weren’t sure was whether they would perform similarly, as a non-concussed group, at our follow-up assessment,” said Heath whose research, along with Kinesiology professor and graduate student Brandon Webb, was recently published in the Journal of Neurotrauma.

The Canadian Institute for Health Research reports sports-related concussions are the third-leading cause of mild traumatic brain injury.

Researchers examined athletes 11 and 16 days after the initial diagnosis and after clinical staff cleared them for return to play and/or return to school.

What he found was the standard Sport Concussion Assessment Tool (SCAT), used by most athletics governing bodies to assess concussions, failed to account for athletes’ persistent problems.

But that may not be enough, said Heath, who tested 15 participants identified with a sports-related concussion (21-26 age range), recruited through the Sport Medicine Concussion Care Program at the Fowler-Kennedy Sport Medicine Clinic.

“The athletes had improved significantly in terms of their performance on our test, but they still exhibited some subtle executive impairment, which suggests maybe they’re not entirely ready to return to play,” added Heath.

“Our test is pretty precise. We test within the order of milliseconds, which they can’t possibly do (with SCAT), so it’s a much more sensitive measure in detecting if there are any subtle deficits that remain,” said Heath. “It’s really critical for all the activities we perform on a day-to-day basis.”

For a football player, for example, that millisecond difference might mean the time it takes to evade a defensive player’s tackle, and avoid re-injury, he added.

Heath said those who have had a sports-related concussion, and are still healing, are three times more likely to sustain a subsequent, and more severe, concussion.

“It’s that very subtle difference between an athlete who is still experiencing the deficits associated with concussion, to someone who is fully recovered,” said Heath. “That might just make the difference in getting that second, and more severe, concussion.”

While the equipment used for the oculomotor testing can be pricey, Heath said the use of a simple video camera used to measure eye movement, while it has limitations, can obtain supportive results.

“It would be cool if we could get some clinics to use this, in conjunction with the SCAT, because it would be a more sensitive measure,” he said, noting SCAT is applied to Western varsity athletes as a pre-season baseline and again as a measurement tool if a player is concussed. “It would be great if we could get everyone to do this oculomotor tracking task that we did and use it as a baseline to determine whether or not someone has an executive impairment.”

Heath is hopeful the findings will have implications for determining how long an athlete should sit before safely returning to play.