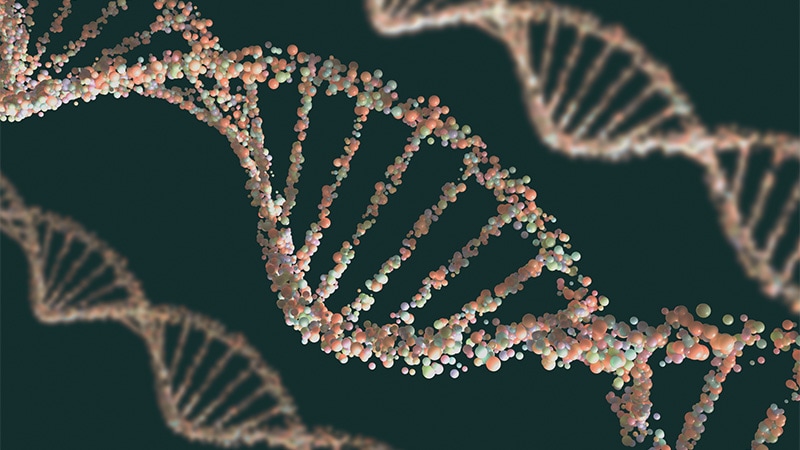 APOE ε4 (R251G) is a newly identified, risk-modifying variant in APOE’s lipid binding region that is inherited with APOE ε4 and reduces the risk of AD by more than 60%.

“Our findings will hopefully lead to the development of new drugs mimicking the effect of these genetic variants on APOE to reduce the impact of APOE ε4 on AD pathology,” Le Guen said.

The other variant, APOE ε3 (V236E), is co-inherited with APOE ε3 and reduces the risk of AD by more than 50%. It was previously shown to be associated with decreased AD in smaller cohorts, but more robustly so in this larger dataset, the authors say.

The study was published online May 31 in JAMA Neurology.

Both R251G and V236E are missense variants that change a single amino acid in the APOE protein sequence. They are exceedingly rare; the estimated population frequency is less than 0.1%.

With both variants, the cumulative incidence of AD grew more slowly with age.

The researchers note that the location of these protective variants ― near the carboxyl-terminal portion of APOE ― adds support to studies suggesting that the C-terminal domain plays an important role in AD pathogenesis.

“The large risk reductions reported here suggest that protein chemistry and functional assays of these variants should be pursued, as they have the potential to guide drug development targeting APOE,” they write.

“We hope that subsequent work will elucidate the mechanisms behind this protective effect, paving the way for novel therapeutics, such as small molecules, that reduce AD pathology and delay AD onset,” Le Guen told Medscape Medical News.

In a linked editorial, Gil Rabinovici, MD, and Dena Dubal, MD, PhD, with the Department of Neurology, University of California, San Francisco, note that while these variants in APOE are very rare, “the magnitude of their observed effects is large and thus will further our understanding of the biological pathways through which APOE profoundly modifies the risk of AD.”

“A better understanding of these pathways will likely identify novel therapeutic targets that can delay or possibly prevent disease even in individuals at high genetic risk owing to APOE ε4 or autosomal dominant pathogenic gene variants, or even individuals with late-onset AD,” they add.

The study was funded by National Institutes of Health, the European Union’s Horizon 2020 research and innovation funding program, the Alzheimer’s Association, the Iqbal Farrukh and Asad Jamal Fund, and the EU Joint Programme–Neurodegenerative Disease Research. Le Guen has disclosed no relevant financial relationships. A complete list of authors’ disclosures is available with the original article. Rabinovici and Dubal are associate editors of JAMA Neurology.