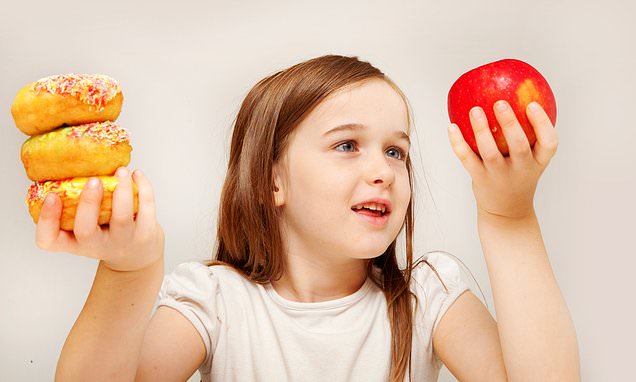 Government’s plan to ban junk food adverts before 9pm ‘will cut just TWO calories a day from childrens’ diets’, according to its OWN research

Banning junk food adverts before the watershed will only cut two calories from a child’s diet a day, research shows.

The Government revealed plans in March to restrict advertising of foods high in salt, fat and sugar on television and social media until after 9pm.

They hoped the strict rules would curb soaring childhood obesity rates, which are already at a record high in Britain.

But its own research now shows the measures would barely make a difference to a child’s diet, contrary to previous estimates by health campaigners.

One in three children are overweight or obese by the time they leave primary school, national statistics show, leaving health officials grappling for solutions. 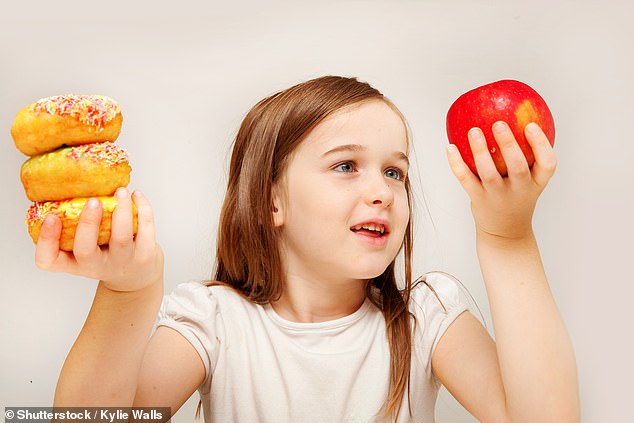 Government’s plan to ban junk food adverts before 9pm will cut just two calories a day from childrens’ diets, according to its own research

Consultation on the latest phase of the childhood obesity strategy is currently under way.

But enforcement of all proposed measures would save 19 calories a day in total, the equivalent of a tenth of a Cadbury Creme Egg, according to The Sun.

Stopping companies promoting their products between 9pm and 5.30am would only shave 2.28 calories a day off a child’s diet, less than half a smartie.

But this would only cut eight calories a day, or less than one Malteser, from a child’s diet a day, an assessment by the Department of Health has revealed.

Fewer than two Skittles, nine calories, would be shaved off by banning the placement of unhealthy food near tills and shop entrances.

The advertising industry has said the small numbers are ‘a drop in the ocean’ and recognise more efforts must be made to change children’s lifestyles.

HOW THE GOVERNMENT IS TRYING TO STOP OBESITY

Proposed plans to restrict the number of calories in pizzas, pies and ready meals were last year revealed as part of drastic Government moves to try and cut down on obesity.

A tax on added sugar in drinks came into force in April, requiring companies to hand over more of the money they make from drinks which contain more than 5g of sugar per 100ml of liquid.

As a result, many soft drinks have had their recipes changed in order to avoid paying the tax and putting prices up. Sugary drinks are the biggest single source of sugar for children and teenagers.

The Government is also considering making it compulsory for all restaurants and fast food outlets to display the number of calories in each meal on their menu.

Some food outlets already do this but there can be unexpected numbers of calories in popular dishes, and the Government is consulting on the plans before a decision is due in spring.

In March this year, Public Health England warned Brits to crack down on the number of calories they’re eating, advising people to consume no more than 1,600 per day.

The watchdog says adults shouldn’t eat any more than 400 calories for breakfast, 600 for lunch and 600 for dinner – this would allow for some snacks, experts said.

Examples of 600-calorie meals include a tuna pasta salad and a small cereal bar, a chicken salad sandwich and a pack of crisps, or half a pepperoni pizza with a quarter of a garlic baguette and a banana.

Advertising Association chief Stephen Woodford told The Sun: ‘Encouraging children to lead more active lifestyles would be a far better way to tackle obesity than a ban on advertising that pays for popular shows we all enjoy.’

The figures are a stark contrast to what has previously been estimated by Cancer Research UK, who is among those that have been calling for advertising of unhealthy foods to be banned before the 9pm watershed.

Last year, the charity said that watching one extra junk food advertisement a week beyond the average of six leads to children eating an additional 350 calories a week – the equivalent of two packets of crisps.

That would amount to 18,000 calories a year, which is was estimated to equate to around 70 Mars bars or 60 cheeseburgers. It could amount to a 5lb weight gain annually.

Exposure to food advertising can have both an immediate and longer term impact on children’s health by encouraging them to eat both straight after seeing the advert and altering their food preferences, the charity found.

Considering children are spending up to 14 hours a week watching TV, and an increasing amount of time online, the ban on adverts has been suggested to make a significant impact.

In 2017, kids were estimated to have been exposed to more than 700million ads for unhealthy foods online and almost 3.6billion on TV.

Junk food ads during kids’ telly shows were banned in 2007, but figures show children spend 64 per cent of their TV viewing time watching programmes that are not aimed specifically at them.

Under current regulations, ads for high fat, salt and sugar (HFSS) products must not be directed at children, and no medium should be used to advertise such products if more than 25 per cent of its audience was under 16.

However, the The Obesity Health Alliance (OHA) said the rules fail to cover the ‘vast array of channels and outlets through which children consume media in 2019’.

They added that the watershed on all junk food adverts is ‘desperately needed’ to protect children.

But the Government’s move to ban junk food advertising pre-watershed has had a mixed response elsewhere.

Broadcasters, who have resisted the ban, warned that the plans for a watershed on junk food advertising risk doing permanent damage to the industry, the Daily Telegraph said.

It added that a coalition of television companies including ITV, Sky and Viacom, the owner of Channel 5, has been fighting the move to outlaw advertising for products that are high in fat, sugar or salt before 9pm.

A YouGov survey for the OHA taken this month suggests that 69 per cent of people agree that children seeing junk food marketing contributes to childhood obesity.

WHERE THE FEWEST CHILDREN ARE SEVERELY OBESE

WHERE THE MOST CHILDREN ARE SEVERELY OBESE 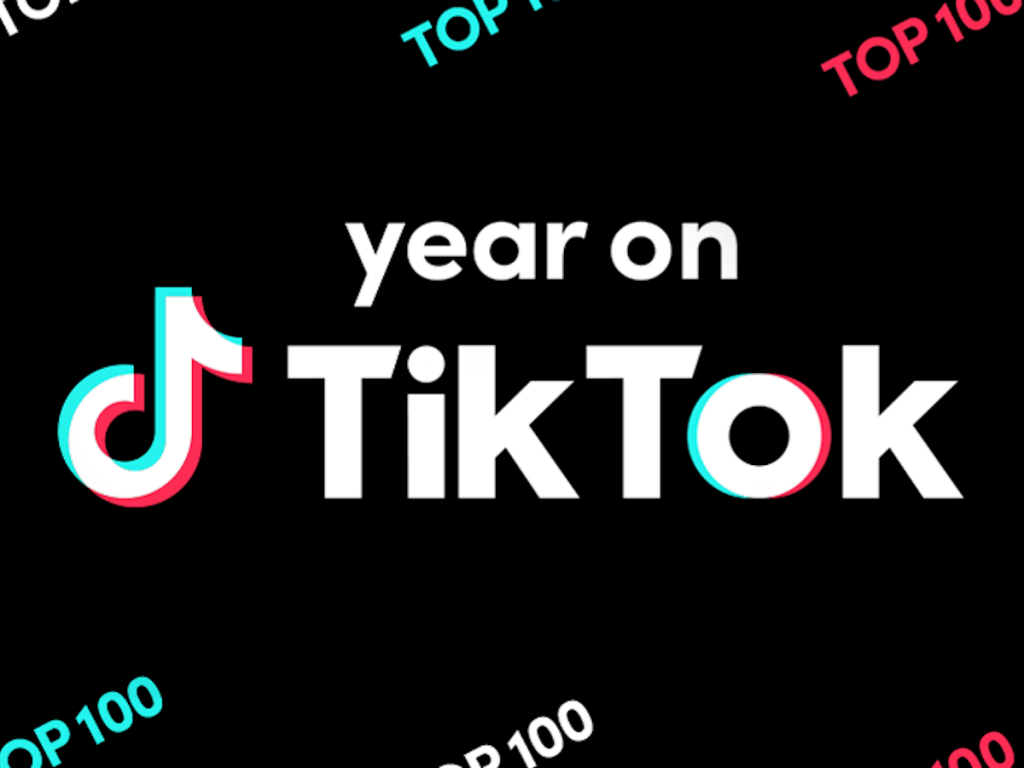