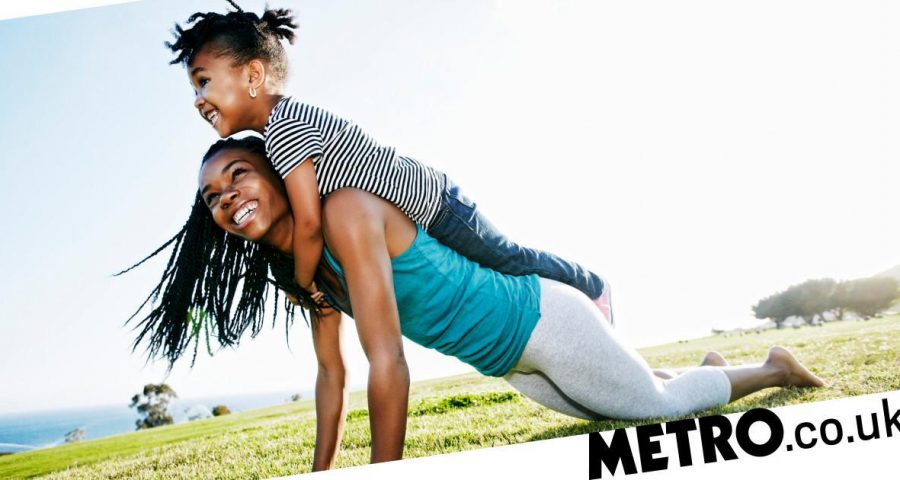 Having kids is exhausting. When you’re not chasing them away from busy roads or hazardous stairs, you’re taking them swimming, playing football in the park or helping them climb trees.

But how many parents actually have the stamina to properly play with their kids?

More than half of parents have said they’re worried about how they’ll keep up with their children over the six-week summer holidays because they’re not fit enough.

A study, conducted by Argos, has revealed that many parents are experiencing ‘fitness anxiety’ when it comes to playing with their children outside. 85% think their kids are fitter than them and 90% agree that they would be fitter if they were as active as their children.

Obesity in children is a growing problem in this country – and its harder than ever to tear kids away from their screens and get them active.

This means it’s, at least in part, up to parents to set a positive example and show kids the benefits of being healthy and moving every day. But to do that – you’ve got to be fit.

Busy, working parents don’t have loads of time to spend in the gym or going for morning runs – but personal trainer Tyrone Brennand has the answer.

Try this workout in the park with your kids

So next time you take your kids to the park, rather than retreating to a bench with an ice cream – get your trainers on and get involved.

I am Team GB

Toyota has teamed up with Team GB to re-launch the hugely successful participation campaign ‘I am Team GB’.

Inspired by the achievements of Team GB athletes and the amazing efforts of local community heroes, Team GB has created ‘The Nation’s Biggest Sports Day’, which will take place on the 24thAugust.

Over the weekend, there will be hundreds of free and fun activities across the country, put on by an army of volunteers; the ‘I am Team GB Games Makers’.

To Join the Team and be part of The Nation’s Biggest Sports Day sign up at: www.IAmTeamGB.com