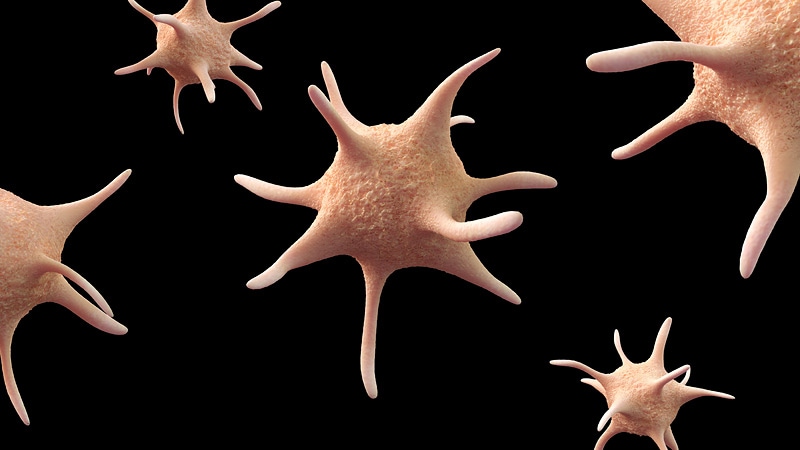 A new antiplatelet drug with a completely novel mechanism of action may hold the promise of delivering the holy grail ― reducing cardiac events without increasing bleeding. That is the hope behind the new class of drugs directed against the platelet collagen glycoprotein VI (GPVI) receptor.

A phase 2 trial with the first agent in this class, known as revacept (advanceCOR), showed no increase in bleeding with the product when added to standard dual antiplatelet therapy for patients with stable ischemic heart disease undergoing elective percutaneous coronary intervention (PCI), despite the drug’s being used at a dose that has been shown to increase platelet inhibition.

Unfortunately, there was no reduction in the primary clinical efficacy endpoint, a myocardial injury surrogate, but the authors point out that the overall event rate was low, and they are hopeful that future trials in a higher-risk population will show efficacy.

The ISAR PLASTER study was published online on March 31 in JAMA Cardiology.

“This new drug is targeting the collagen in the extracellular matrix of atherosclerotic plaque rather than the platelets themselves. So, in theory, this agent should not cause an increase in bleeding,” study author Steffen Massberg, DrMed, told Medscape Medical News.

Massberg explained that revacept targets the binding site for platelets on collagen that is exposed on rupture of atherosclerotic plaques and is a major trigger of platelet activation.

“In contrast to aspirin and P2Y12 inhibitors, which target all platelets, revacept only binds to sites where there is ruptured plaque. But the platelets themselves otherwise have normal function, so regular coagulation processes should be unaffected,” he commented.

“While collagen also has a role in the coagulation process, it is more involved in atherosclerotic plaque rupture, and in animal studies, revacept was effective in preventing clot formation in large arteries but only had a small effect on bleeding,” Massberg added.

In the JAMA Cardiology article, the authors further elaborate that when collagen is exposed during atherosclerotic plaque rupture, it binds platelet GPVI, the major platelet collagen receptor.

“Glycoprotein VI in turn mediates local platelet recruitment, activation, and aggregation. Glycoprotein VI is an attractive antiplatelet target because GPVI-mediated platelet response plays a central role during myocardial infarction and stroke but is less relevant in physiological hemostasis,” they write.

The researchers describe revacept as a dimeric, soluble fusion protein composed of the extracellular domain of the GPVI receptor and the human Fc-fragment. It competes with endogenous platelet GPVI for binding to exposed collagen fibers and inhibits collagen-mediated platelet adhesion and aggregation selectively at the site of plaque rupture.

“As a lesion-directed drug, revacept does not interfere with the function of circulating platelets beyond the atherosclerotic lesion,” the authors say.

In animal studies and a phase 1 clinical trial, the drug was shown to inhibit atherothrombosis but to have little effect on systemic hemostasis or bleeding.

The current ISAR-PLASTER trial is the first study of the use of the agent for patients with coronary heart disease.

For the study, 334 patients with stable ischemic heart disease undergoing elective PCI were randomly assigned to receive a single intravenous infusion of revacept 160 mg, revacept 80 mg, or placebo prior to the start of PCI in addition to standard antithrombotic therapy.

The safety endpoint was bleeding of type 2 to 5, per Bleeding Academic Research Consortium (BARC) criteria, at 30 days.

The high dose of revacept was associated with a small but significant reduction of high-concentration collagen-induced platelet aggregation, but adenosine 5-diphosphate–induced aggregation was not affected.

Massberg pointed out that one possible explanation for the lack of difference in the efficacy outcome was that the patients enrolled in the study were at low risk.

“The rate of major adverse cardiovascular events was very low (2.5% at 30 days), and this was a low-risk population undergoing elective PCI,” he commented.

The authors also point out that five-times increase in hsTnT endpoint used in the current study has little prognostic impact.

In addition, Massberg notes that in the stable situation, myocardial injury is mostly triggered by cholesterol embolism during PCI and side branch occlusion due to distal plaque embolization, problems that are unlikely to respond to inhibition of GPVI-collagen interaction by revacept.

He suggested that better results may be achieved in patients with acute coronary syndrome (ACS).

“In ACS patients, the myocardial injury is caused by ongoing thrombotic cascades, where the collagen-platelet interaction plays a much larger role, so in theory, this drug should show a greater effect in an ACS population.”

The researchers are now planning a larger phase 3 study in that group.

“I am still optimistic. I still believe it could work,” Massberg said. “The major aim for this study was safety and dosing. There was no difference in bleeding, so safety was supported,” he added.

The ISAR-PLASTER study was funded by the German Center for Cardiovascular Research, Deutsches Herzzentrum Munchen, the Federal Ministry of Education and Research, and advanceCOR GmbH (the manufacturer of revacept). One of the co-authors of the study is a cofounder of advanceCor.