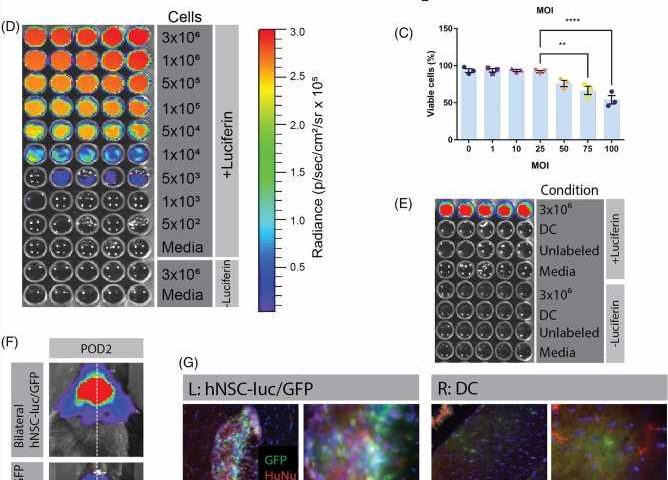 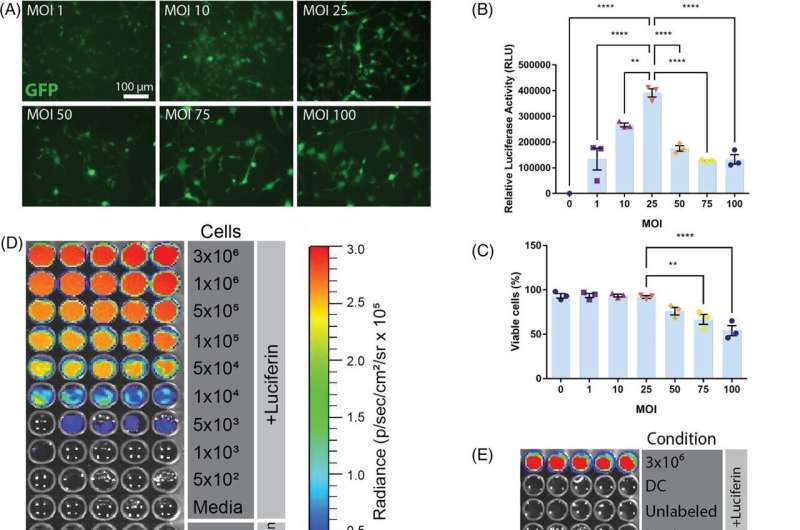 A new approach to stem cell therapy that uses antibodies instead of traditional immunosuppressant drugs robustly preserves cells in mouse brains and has potential to fast-track trials in humans, a Michigan Medicine study suggests.

For this study, researchers used monoclonal antibodies to suppress the immune system in mice and compared the results to traditional immunosuppression with the medications tacrolimus and mycophenolate mofetil. They tracked implanted human neural stem cell survival using luciferase, the protein that makes fireflies glow.

Results published in Clinical and Translational Medicine reveal that suppression with monoclonal antibodies enabled long-term survival of human stem cell transplants in mouse brains for at least six to eight months, while the cell grafts did not survive more than two weeks in most animals when using standard immunosuppressant drugs.

“This study makes it clear that using monoclonal antibodies is better for the study of stem cell transplants in the brain and spinal cord over the long term,” said lead author Kevin Chen, M.D., a neurosurgeon at University of Michigan Health and clinical assistant professor of neurosurgery at U-M Medical School.

“The cells survived for so long with fewer injections and less toxicity from immunosuppression when using monoclonal antibodies. This will enable more experiments and studies of stem cell therapies, bringing more promise for their future in the neurosciences.”

Researchers sought to combat a longstanding obstacle for stem cell therapy in neurological disease of keeping cells alive when testing them in pre-clinical animal models. Many scientists have relied on immunosuppressant medications to keep the animals’ immune systems from rejecting stem cells, Chen says, but they eventually fail and torpedo the process.

Traditional immunosuppressant drugs are less selective than monoclonal antibodies, which, in this study, targeted two immune proteins. The antibodies have only been analyzed in a handful of stem cell therapy studies for the nervous system. However, this study tracked cell survival for as long as eight months—one of the longest time points published for stem cells in the brain and spinal cord.