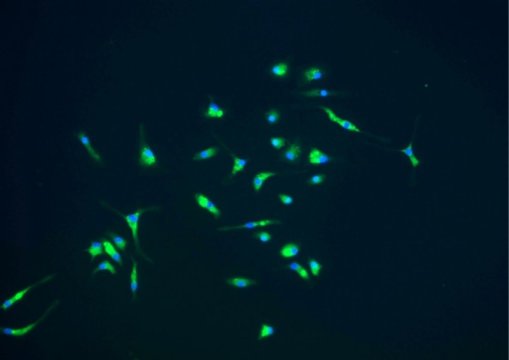 Prion diseases are slow degenerative brain diseases that occur in people and various other mammals. No vaccines or treatments are available, and these diseases are almost always fatal. Scientists have found little evidence of a protective immune response to prion infections. Further, microglia — brain cells usually involved in the first level of host defense against infections of the brain — have been thought to worsen these diseases by secreting toxic molecules that can damage nerve cells.

Now, scientists have used an experimental drug, PLX5622, to test the role of microglia against scrapie, a prion disease of sheep. PLX5622 rapidly kills most of the microglia in the brain. When researchers gave the drug to mice infected with scrapie, microglia were eliminated and the mice died one month faster than did untreated mice. The results, published in the Journal of Virology by researchers from the National Institute of Allergy and Infectious Diseases at the National Institutes of Health, suggest that microglia can defend against a prion infection and thus slow the course of disease. The scientists hypothesize that microglia trap and destroy the aggregated prion proteins that cause brain damage.

The findings suggest that drugs that increase the helpful activity of microglia may have a role in slowing the progression of prion diseases. Researchers are now studying the details of how microglia may be able to destroy prions in the brain. The scientists note that microglia could have a similar beneficial effect on other neurodegenerative diseases associated with protein aggregation, such as Alzheimer’s disease and Parkinson’s disease.