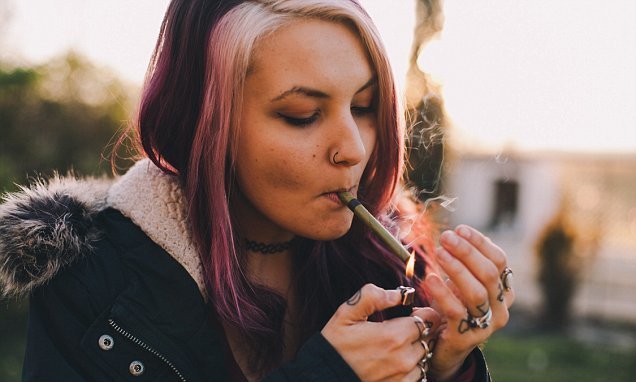 A small study found people who use cannabis require higher doses of painkillers than non users after major traumatic event like a car crash.

The drug, which is legal for medical use in the majority of US states, is mainly prescribed to ease pain.

But this new research conducted in Colorado – which was the first state to legalize – suggests that short-term pain relief could weaken the body’s resilience to pain over time. 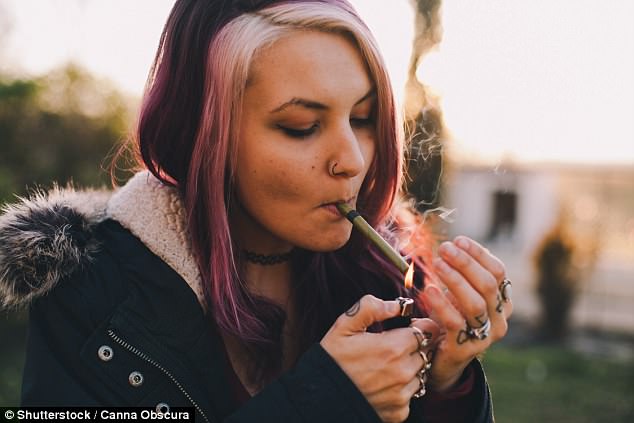 DOES CANNABIS INCREASE THE RISK OF PSYCHOSIS?

Going from being an occasional marijuana user to indulging every day increases the risk of psychosis by up to 159 percent, research revealed in July 2017.

Marijuana is thought to cause psychosis-like experiences by increasing a user’s risk of depression, a study found. The two mental health conditions have previously been linked.

Study author Josiane Bourque from the University of Montreal, said: ‘Our findings confirm that becoming a more regular marijuana user during adolescence is, indeed, associated with a risk of psychotic symptoms.

‘[Psychosis symptoms] may be infrequent and thus not problematic for the adolescent, when these experiences are reported continuously, year after year, then there’s an increased risk of a first psychotic episode or another psychiatric condition.’

The researchers, from the University of Montreal, analyzed around 4,000 13-year-olds from 31 high schools in the surrounding area.

Every year for four years, the study’s participants completed questionnaires about any substance abuse and psychotic experiences.

Psychotic symptoms included perceptual aberration – for example feeling that something external is part of their body – and thinking they have been unjustly badly treated.

The participants also completed cognitive tasks that allowed the researchers to assess their IQ, memory and stimuli response.

The researchers, from the Swedish Medical Center, Colorado, analyzed around 260 people who were involved in minor vehicle accidents and admitted to trauma centers.

Of these, 54 tested positive for recent marijuana use while 16 claimed they used the drug more or less every day.

Around nine percent of the participants tested positive for other prescription or illegal drugs, such as cocaine and opiates.

On average, the marijuana users required 7.6mg of opioid painkillers a day in hospital, compared to 5.6mg for non-drug users.

On a scale of zero-to-10, with 10 being the worst, people who had used cannabis rated their daily pain as 4.9, compared to 4.2 for non users.

This could cause marijuana users to stay in hospital longer because ‘we don’t want to discharge them on massive doses of narcotics’, said Dr Anne Wagner, from the UCHealth Burn Center, Colorado, who was not involved in the study.

Users may also experience drug withdrawal, such as nausea and vomiting, which can delay healing.

Other prescription or illegal drugs do not have the same effect on users’ pain levels.

Speaking of the findings, Dr Wagner said: ‘I really think a lot of people think [marijuana is] very harmless.

‘I don’t think they’re at all aware about how much it’s going to affect them in their recovery.’

The researchers add further studies are required to determine how best to ease discomfort in cannabis users.

The findings were published in the journal Patient Safety in Surgery.