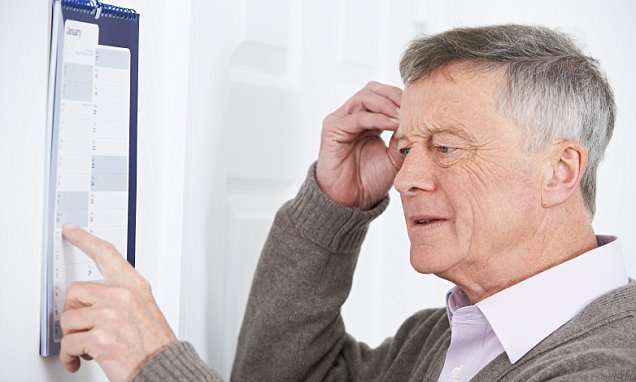 Loud music and depression could both trigger dementia by ageing the brain prematurely, studies find

People who listen to loud music or suffer depression could be at a higher risk of developing dementia, according to new research.

Two studies have found that poor mental health and hearing loss can both age the brain prematurely and increase the chances of someone getting dementia.

Scientists say hearing loss – even if it is so minor it is not diagnosed – causes people to use more of the brain to process speech, which ages it faster.

People with depression, meanwhile, have worse mental decline as they get older when compared to those with better mental health, according to a study.

The researchers of both studies – one from the UK and one from the US – hope the discoveries will help people better protect themselves from cognitive decline.

The studies expose links between dementia and common conditions.

The World Health Organization says more than 300 million people worldwide have depression and around 466 million have hearing loss. 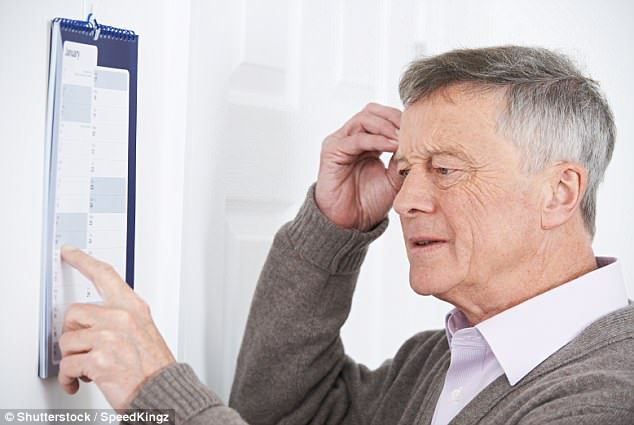 People with depression have a greater decline in their brain function as they get older, researchers say, and people with a hearing loss ‘drain’ their brains by trying harder to hear

Researchers at the University of Sussex say depression speeds up the ageing of the brain, increasing the likelihood of memory and thinking problems.

They examined the results of 34 studies on 71,000 people including those who had symptoms of depression or diagnosed clinical depression.

They found that depressed people have worse brain function in later adulthood than people without the condition.

Study author Dr Darya Gaysina said: ‘This study is of great importance – our populations are ageing at a rapid rate and the number of people living with decreasing cognitive abilities and dementia is expected to grow substantially over the next thirty years.’

Scientists at the Ohio State University in Columbus, meanwhile, found hearing loss speeds up the brain’s decline by using more effort to understand what someone is hearing.

People with normal hearing only use one side of the brain to process sounds, whereas those with a hearing loss at any age may use both sides.

This applies even to young people with subtle hearing problems, which can be caused by loud music in headphones or at concerts, or working with power tools.

Because the brain realises it cannot hear as well as it used to, it compensates by working harder to understand, which is more strenuous.

‘This isn’t about the ear,’ says lead researcher Yune Lee. ‘It’s about the brain, the cognitive process, and it shouldn’t be happening until people are at least older than 50.

‘We can’t be sure but we suspect that what happens is you put so much effort into listening you drain your cognitive resources, and that has a negative effect on your thinking and memory and that can eventually lead to dementia.

Dementia is an umbrella term used to describe a range of progressive neurological disorders, that is, conditions affecting the brain.

There are many different types of dementia, of which Alzheimer’s disease is the most common.

Some people may have a combination of types of dementia.

Regardless of which type is diagnosed, each person will experience their dementia in their own unique way.

Dementia is a global concern but it is most often seen in wealthier countries, where people are likely to live into very old age.

HOW MANY PEOPLE ARE AFFECTED?

The Alzheimer’s Society reports there are more than 850,000 people living with dementia in the UK today.

It is estimated that the number of people living with dementia in the UK by 2025 will rise to over 1 million.

In the US, it’s estimated there are 5.5 million sufferers. A similar percentage rise is expected in the coming years.

As a person’s age increases, so does the risk of them developing dementia.

Rates of diagnosis are improving but many people with dementia are thought to still be undiagnosed.

IS THERE A CURE?

Currently there is no cure for dementia.

But new drugs can slow down its progression and the earlier it is spotted the more effective treatments are.

‘Letting [hearing loss] happen early in your life could be like spending your retirement money when you’re in your 30s. You’re going to need that down the road.’

Most commonly associated with forgetfulness, people with dementia may also struggle to think clearly, have difficulty speaking or moving about, and their moods and personality can change.

There is no cure for dementia but if diagnosed early it can be slowed down.

Dr Gaysina added: ‘Our findings should give the government even more reason to take mental health issues seriously and to ensure that health provisions are properly resourced.

‘We need to protect the mental wellbeing of our older adults and to provide robust support services to those experiencing depression and anxiety in order to safeguard brain function in later life.’

Researcher Amber John, who carried out this research for her Ph.D. at the University of Sussex adds: ‘Depression is a common mental health problem – each year, at least 1 in 5 people in the UK experience symptoms.

‘But people living with depression shouldn’t despair – it’s not inevitable that you will see a greater decline in cognitive abilities.

‘Taking preventative measures such as exercising, practicing mindfulness and undertaking recommended therapeutic treatments, such as Cognitive Behaviour Therapy, have all been shown to be helpful in supporting wellbeing, which in turn may help to protect cognitive health in older age.

The British study used past data to look at the cognitive performance of people without dementia, and compared it in groups with and without depression.

They found brain power declined faster among people with depression, regardless of whether they developed dementia.

It has already been claimed that depression and anxiety can raise the risk of dementia, but the new study shows that it could be this decline in cognitive performance – the premature ageing of the brain – which causes that.

Their research was published in the journal Psychological Medicine today.

In the US study, 35 participants aged between 18 and 41 had MRI scans while listening to noises.

It found that those with hearing impairments which were not bad enough to rule them out of the study used more of their brains when listening.

While those with normal hearing use the left side of their brain to comprehend what they hear, people with even subtle hearing loss used both sides and even the front – the frontal cortex – something normally seen in older people.

The researchers worry that as hearing problems progress people put more effort into trying to understand what they hear, which affects the abilities of their brains in future.

Their findings were published on Monday in the journal eNeuro.