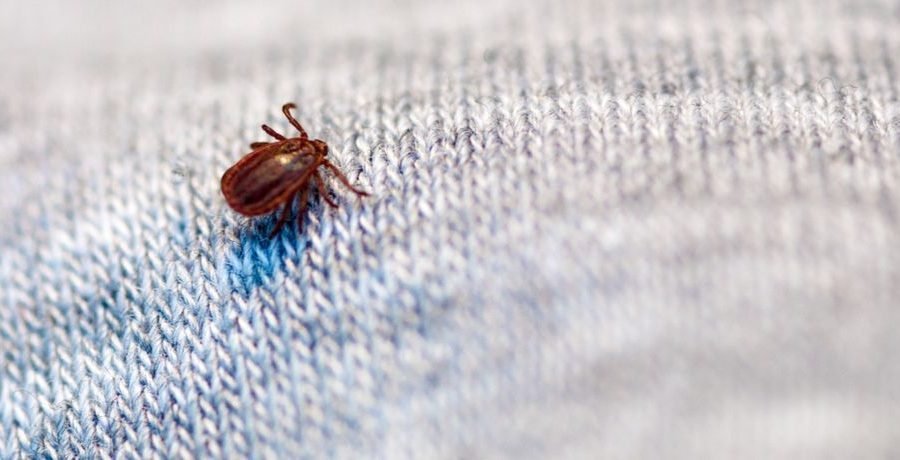 This substance, called permethrin, gives ticks ‘hot feet’ and makes them fall off your clothes before they have a chance to bite.

The summer of 2018 is going to be a particularly bad one in terms of tick infestation, the Inquisitr previously reported.

Amid the growing number of tick and mosquito-borne infections, which have tripled over the last decade, the Centers of Disease Control and Prevention (CDC) has issued a warning earlier this month advising people to stock up on bug repellent in order to prevent tick bites.

Among the best options for protection, the CDC recommended that everyone should “treat items, such as boots, pants, socks, and tents, with permethrin or buy permethrin-treated clothing and gear.”

This chemical, already available on the market in various forms, including spray products that you can use at home, was recently shown to prevent ticks from attaching to clothes, Newser reports.

A new study published last week in the Journal of Medical Entomology revealed that spraying clothing with permethrin causes a so-called “hot foot” effect that makes ticks fall off the fabric before having the chance to bite.

The substance was tested on three separate tick species, one of which is known to cause Lyme disease. The results showed the permethrin works in all three cases and has the same effect on both adult ticks and juveniles found in their nymphal stage, says CDC entomologist Lars Eisen, who worked on the study.

“All tested tick species and life stages experienced irritation, the ‘hot-foot’ effect, after coming into contact with permethrin-treated clothing.”

According to EurekAlert, the research investigated the effects of permethrin on blacklegged tick (Ixodes scapularis), which are known to spread Lyme disease if they are infected with the Borrelia burgdorferi bacterium, as well as lone star ticks (Amblyomma americanum) and American dog ticks (Dermacentor variabilis).

The experiments uncovered that permethrin has an irritant effect on ticks, which impedes their normal movement and makes them fall off clothing. In a series of tests, the researchers discovered that 42.5 percent of ticks tumble off from permethrin-treated fabric, titled at a 45-degree angle to mimic pants or sleeves, within five minutes after exposure.

“A forced one-minute exposure [to permethrin] resulted in all ticks being unable to move normally, thus posing no more than minimal risk of biting, one hour after contact with the treated textile,” the authors wrote in their paper.

Additionally, permethrin was found to render 75 percent of ticks incapable of moving normally for up to 24 hours after exposure. This means that even the bugs that still manage to cling to your clothes are less likely to bite if your apparel is layered up with permethrin.

Because this insecticide actively prevents tick bites, dousing your garments in permethrin is recommended as one of the top means of protection against tick-borne diseases, the CDC notes. This chemical provides your clothes with an anti-tick coating that lasts at least 70 rounds in the washing machine, LiveScience reports.

Aside from permethrin sprays, the product is available in mail-an-return services, in which companies apply the chemical to your clothes. As another option, you can buy clothes and other items that have been already treated with permethrin from certain manufacturers.