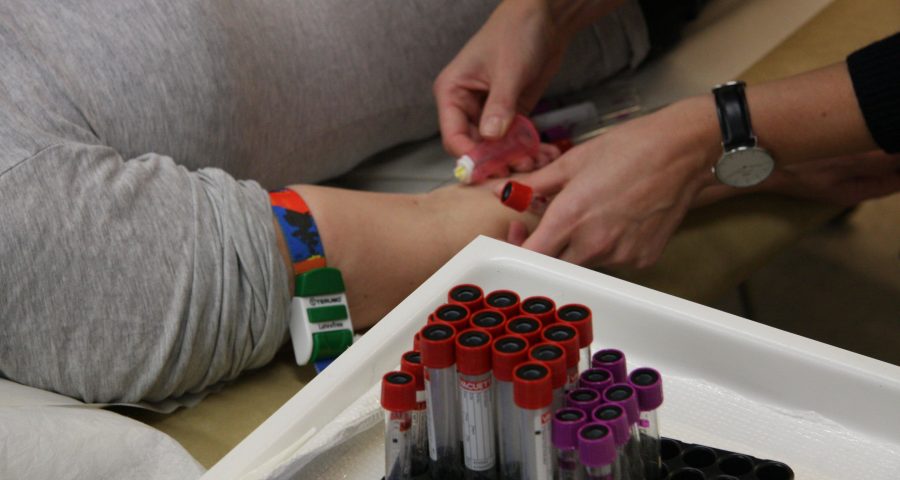 The ERMA cohort comprises women aged 47 to 55 years living in the city of Jyväskylä and surrounding municipalities in Finland. The original invitation was posted to 82% of the cohort and 47% answered the invitation. The prequestionnaire form was received from 3,064 women, who then participated in the first phase of the study. Altogether, 1,158 women participated in the third study phase, which included a wide set-up of physiological and psychological measurements. Women were assigned to pre-, early and late peri-, and postmenopausal groups based on FSH concentrations and a bleeding diary.

ERMA includes a cross-sectional design as well as the follow-up from peri- to postmenopausal stage. The follow-up started in 2014 and lasts to the end of 2018.

“The blood count with leucocyte subtypes was used as one indicator of general health condition of the women,” says docent Vuokko Kovanen.

The mean blood count values did not show any clinically critical values in any of the menopausal groups. This means that all blood cell values were at a normal level and, for example, any indications of acute infection, chronic inflammation nor anemia were present.

“Despite this, we found, perhaps a little surprisingly, that the total amount of leucocytes as well as the proportions of leucocyte subtypes showed significantly different values between the groups,” explains Kovanen.

Postmenopausal women had a lower amount of total leucocytes and proportion of neutrophilic leucocytes, while the proportion of lymphocytes was higher in comparison to women undergoing perimenopausal transition. Furthermore, the values were associated with estradiol and FSH concentrations.

Lymphocytes and neutrophilic leucocytes are involved in the immune responses and are mediators in inflammatory conditions. These also include, specifically, chronic low-grade inflammation, which intensifies with advancing age and is associated with several chronic diseases.

“Consequently, the follow-up study is very important and is expected to show whether this association is also seen as a change when transition from peri- to postmenopause occurs. Furthermore, we plan to expand the follow-up measurements from postmenopause onwards,” explainsAdjunct professor Eija Laakkonen.