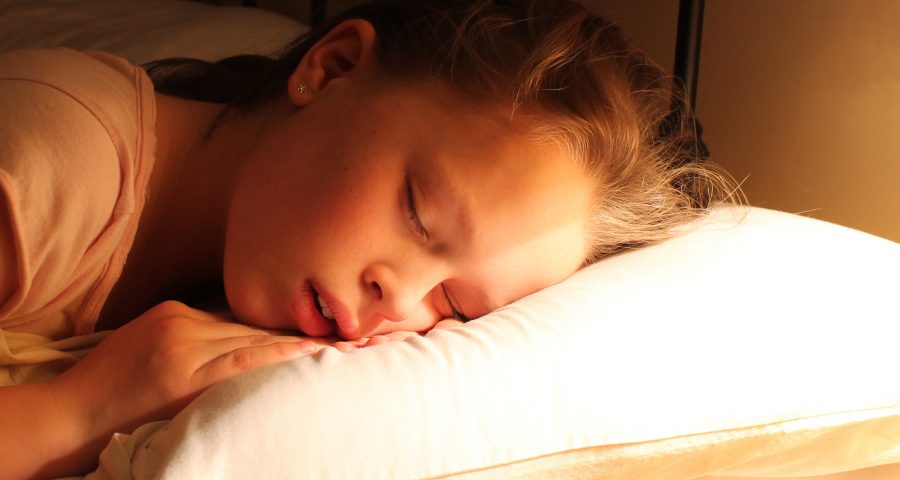 A new scientific study shows that bright electric light exposure of preschool children in the evening suppresses melatonin production almost completely, an important addition to the growing body of research in this area. Melatonin suppression is a marker of disruption of our circadian rhythms.

Ten kids, ages 3 to 5, were exposed to bright light (~1000 lux from a light box) for one hour before their habitual bedtime, about 8 p.m. Melatonin suppression (where the body stops producing this hormone) began within 10 minutes and continued for another hour after the bright light was turned off at 8 p.m., which was well into their usual sleep period. Melatonin is a hormone that is important for healthy circadian rhythms and good sleep.

This could undoubtedly reduce sleep quality, but may also cause other serious problems in the longer term.

When seeing the light can be bad

The new study built upon a 2015 study of children and adolescents ages 9 to 16. It reported greater sensitivity to light exposure in the younger children compared to the older. That study used several different evening light levels in a laboratory setting that ranged from dim (~15 lux), to moderate (~150 lux, like a 60W incandescent lamp bulb), to bright (~500 lux) and showed a dose response; the dim light suppressed melatonin about 9 percent; moderate light about 26 percent; and bright light about 37 percent in the younger children, less so in the older kids.

Although the researchers used fluorescent room lights in their study, the authors make a point of suggesting that since smartphone use is now common in children, even preschoolers, the circadian effects from their use could be considerable because they expose children to bright light close to the face.

There are at least three reasons that too much light during the evening could matter to the health of children, and all are terrible: depression, suicide and cancer.

Excess evening electric light is part of what I call “light pollution,” which is defined as “pollution of night by electric light, whether inside at home or outside in the neighborhood and city.” It is a rapidly growing problem in the modern world.

Light pollution at its most intimate – the smartphone

A common response to severe depression is suicide. Well over 40,000 Americans die by suicide each year, more than from automobile crashes and close to the number of deaths from colon cancer. In addition, nearly a half million are hospitalized for self-harm, many of whom were injured in their failed attempt at suicide.

This is especially tragic when it happens to the very young.

Jean Twenge studies mental health and social adjustment in young people, particularly those born after 1995. Her research has focused on smartphones, as described in several informative and provocative recent articles published by The Conversation. The articles are based on her own studies published in peer-reviewed scientific journals.

Twenge has found links between “new media” screen time (e.g., smartphones) and risk of depression and suicide in teenagers based on two large samples of young people in the U.S.

Twenge proposes as possible causes for her findings social isolation, sleep deprivation, or both. In another recent analysis, Twenge focused on sleep duration and concluded that “increased new media screen time may be involved in the recent increases (from 35 percent to 41 percent and from 37 percent to 43 percent) in short sleep among adolescents.”

Circadian disruption could be the underlying culprit. Bright light in the evening delays transition to nighttime physiology, which should begin at dusk. It thereby degrades sleep quality.

There is also evidence that circadian disruption can cause depression and other adverse mood changes.

Light pollution and cancer in children

In 2012, I was invited to speak at a conference on causes of childhood cancer sponsored by the charity Children with Leukaemia UK. My charge was to discuss possible mechanisms by which excessive exposure to electric light at night might increase a child’s risk of cancer. I wrote a scientific paper on the subject that was published just before the conference.

This charity has a tragic origin story. The son of a very wealthy man in Britain, Eddie O’Gorman, died of leukemia in 1987 at age 14. His name was Paul. Before his death, Paul asked his parents to help other children with cancer. With the determined assistance of his sister Jean, his parents, Eddie and Marion, began fundraising.

Jean then died of breast cancer at age 29, only nine months after Paul’s death. Princess Diana heard of the tragedy, and offered to charter the charity in 1988. She remained involved with the activities of the charity until her own death in 1997.

The charity was renamed Children with Cancer UK a few years ago.

Leukemia is the most common childhood cancer. It is a disease of uninhibited growth of white cells in the blood. These white cells are generated by stem cells, which when behaving normally produce just enough white cells for a healthy immune system to function as it should. When the stem cells go haywire, the result is leukemia. Recent studies have shown that the proliferation of stem cells is under circadian control. Thus, too much light at night could destabilize stem cell growth.

Children with Cancer UK will host its next scientific meeting in Westminster, London, in September of this year. I will focus on these new results of evening light-induced melatonin suppression in children for my presentation.

Too much light at night early in life, even in utero

Early life, including in utero, is a particularly vulnerable period. The establishment of circadian rhythms begins early in gestation but is not fully established at birth, as any new parent becomes acutely aware.

For these reasons, research attention should be directed to the effects of ill-timed electric lighting on pregnant women, such as alterations in hormone production that could then affect fetal development. Scientists who study this also need to focus on developmental effects in young children and adolescents.