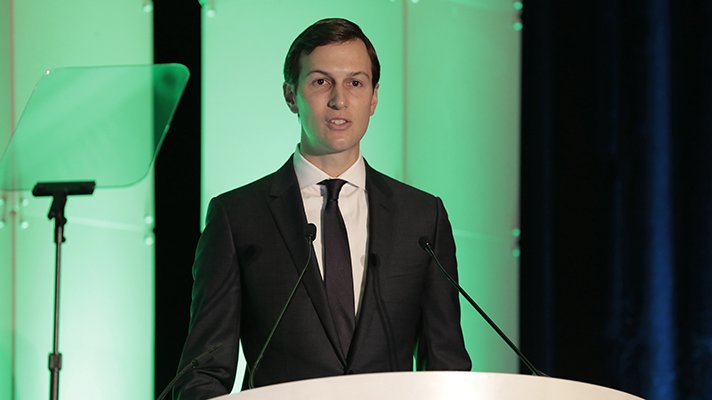 LAS VEGAS – White House Senior Advisor Jared Kushner on Tuesday announced that the Trump Administration has a plan for making access to health records and interoperability a priority.

“The president is determined to make interoperability a reality for all Americans,” Kushner said during a speech at the HIMSS18 conference.

Key pieces of the overarching work to improve interoperability include overhauling the meaningful use program, expanding Blue Button and the MyHealthEData initiative to enable patients to access their medical data, CMS Administrator Seema Verma said here.

“What we’re envisioning is being able to gather all of your healthcare data in one particular place, not just one portal,” Verma said during an interview with reporters after her stage appearance. “In the future it could be from wearables, claims data, medical records, with an API format across the board. I also envision a world where there’s quality data and hopefully somewhere in there cost data.”

Verma said that the meaningful use overhaul will become clearer in a series of proposed rules that will come by the end of this year and be open to public comment.

“We can achieve all three with the overhaul,” Goodrich said.

Kushner explained why the Trump administration is acting now to tackle one of healthcare’s hardest problems.

Kushner added that even with the most advanced military on Earth, the U.S. still struggles to exchange records between the Departments of Defense and Veterans Affairs.

“I could not understand why medical records from the Department of Defense could not be seamlessly transferred to the Veteran’s Administration,” Kushner said.

Kushner explained that now that EHRs have made the healthcare infrastructure almost entirely digitized, the Office of American Innovation has spent the last 6 months listening to a variety of stakeholders, ranging from doctors and clinicians to patient advocates, and technologists.

Kushner added that achieving interoperability and ensuring access to health data will empower patients and reduce waste, fraud and abuse, while creating more interoperability to use AI, machine learning and big data will drive greater improvements in how we identify new diseases and treatments.

“Unleashing data will unleash innovation, this is the essence of the Administration’s goals: more decision making in hands of customers, medical data belongs to the patients, a whole-of-government approach that leads to private innovation,” Kushner said. “We are on the cusp of a technological healthcare revolution centered on patients and the targeted delivery of care.”

Kushner stressed that the Trump Administration’s strategy will be a whole-of-country approach that the federal government hopes will spark innovation in the healthcare industry.

“We have developed a plan to achieve interoperability and are committed to seeing it through,” Kushner said. “I really do believe this is achievable and we are excited to work with you.”

As for when health IT executives and professionals can expect to see these plans become actionable, Verma said the government is working through the timelines quickly.

“The time is now,” Verma said. “We know a lot of systems are interoperable and when we talked to all of the EMR vendors they say ‘we’re doing this,’ the FHIR standards, these pieces are coming together.”

An inside look at the innovation, education, technology, networking and key events at the HIMSS18 global conference in Las Vegas.