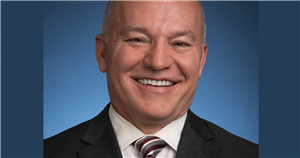 Craig Richardville has been named the new chief digital and information officer at Intermountain Healthcare.

He takes the job after the Salt Lake City giant completed its merger with Colorado-based SCL Health in April, creating a 33-hospital and 385-clinic health system across six states of the region.

Richardville, who had served as chief information and digital officer at SCL Health, will serve as senior vice president for the combined health system, now under the Intermountain name.

His responsibilities will include most of the same as in his previous role, where he led IT innovation and digital transformation at SCL.

He’ll lead Intermountain’s “information technology, data and digital services involving all aspects of technology including, but not limited to, strategy, operations, applications, cybersecurity, and emerging technology,” according to the news release announcing his hire.

Before joining SCL, Richardville was chief information and analytics officer at Charlotte, North Carolina-based Atrium Health for more than two decades, where he led its technology-enabled efforts toward interoperability and data-driven care delivery.

During those years, he was named the 2015 John E. Gall, Jr. National CIO of the Year Award by HIMSS and CHIME.

At Intermountain, Richardville succeeds Ryan Smith, who served two years as chief information officer during the height of the pandemic after taking the reins following the retirement of the health system’s longtime CIO Marc Probst in 2020. (Smith is now COO at Graphite Health.)

Richardville – who holds a master’s degree in business administration and a bachelor’s in computer systems from University of Toledo – is an active member of CHIME, a fellow with ACHE and a fellow with HIMSS, parent company of Healthcare IT News.