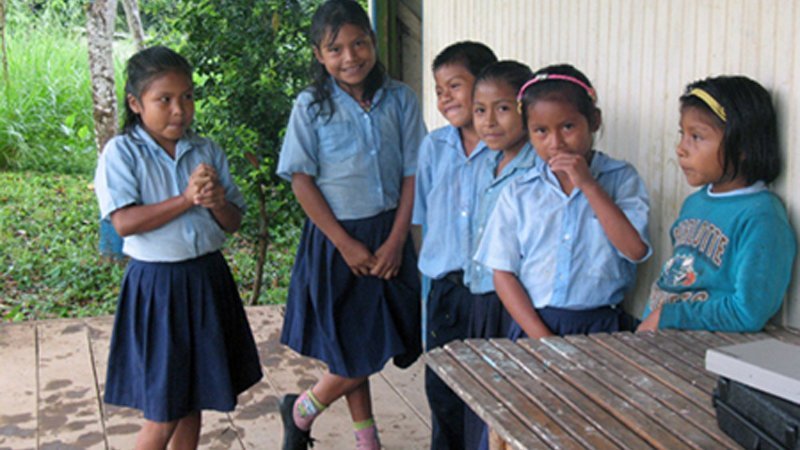 An overactive immune system during childhood among young people in Ecuador’s indigenous Shuar population comes with a cost: stunted growth.

That was the key finding of a UO-led study that followed 261 Shuar children, ages 4 to 11, over 20 months. Elevated immune function, tied to chronic exposure to soil-transmitted parasitic worms, was linked to a growth reduction of up to 49 percent.

The research was detailed in a paper published in the Proceedings of the National Academy of Sciences.

“This research provides direct evidence for tradeoffs between immune function and growth in a population that’s experiencing significant environmental challenges,” said Josh Snodgrass, a biological anthropologist at the UO and study co-author. “This helps us understand why growth faltering is happening to over 150 million children globally.”

Immune function protects the body from foreign bacteria, viruses and other substances. However, it is expensive to the body’s metabolism and may divert calories away from other tasks, such as growth during childhood, he said.

The findings emerged from on-going work in the UO-led Shuar Life and Health History Project, co-directed by Snodgrass and co-author Lawrence Sugiyama, a professor in the UO Department of Anthropology. The project with the Shuar, a forager-farming population of about 50,000 in the Amazon River basin, began in 2005.

Earlier in the project, which also tracks the effects of economic development and market integration on adult health, researchers had identified the chronic exposure among Shuar youth to infection by the worms.

“One of the things we often see in populations in economically developing countries is that they are short,” Snodgrass said. “If you look at what’s causing their stunting, it’s not their trunk. It’s their legs. They are not growing as much in childhood.”

For the new study, the researchers analyzed blood samples, focusing on markers of immune function, including antibodies produced in response to the worms. That analysis was done in the Global Health Biomarker Lab at the UO, directed by Snodgrass.

In the field, researchers measured growth in stature as well as lower-leg growth using a simplified, portable version of a knemometer developed by lead author Samuel Urlacher, a postdoctoral researcher at Hunter College in New York.

Although recurrent infection has been thought to produce growth disruptions, the relationship has been difficult to test directly in humans, Snodgrass said.

The effect of acute inflammation, a particularly costly immune response, on childhood growth was moderated by body fat. Children with greater fat stores were able to avoid the growth inhibition faced by thinner children.