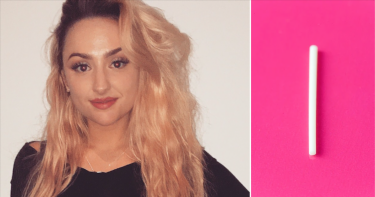 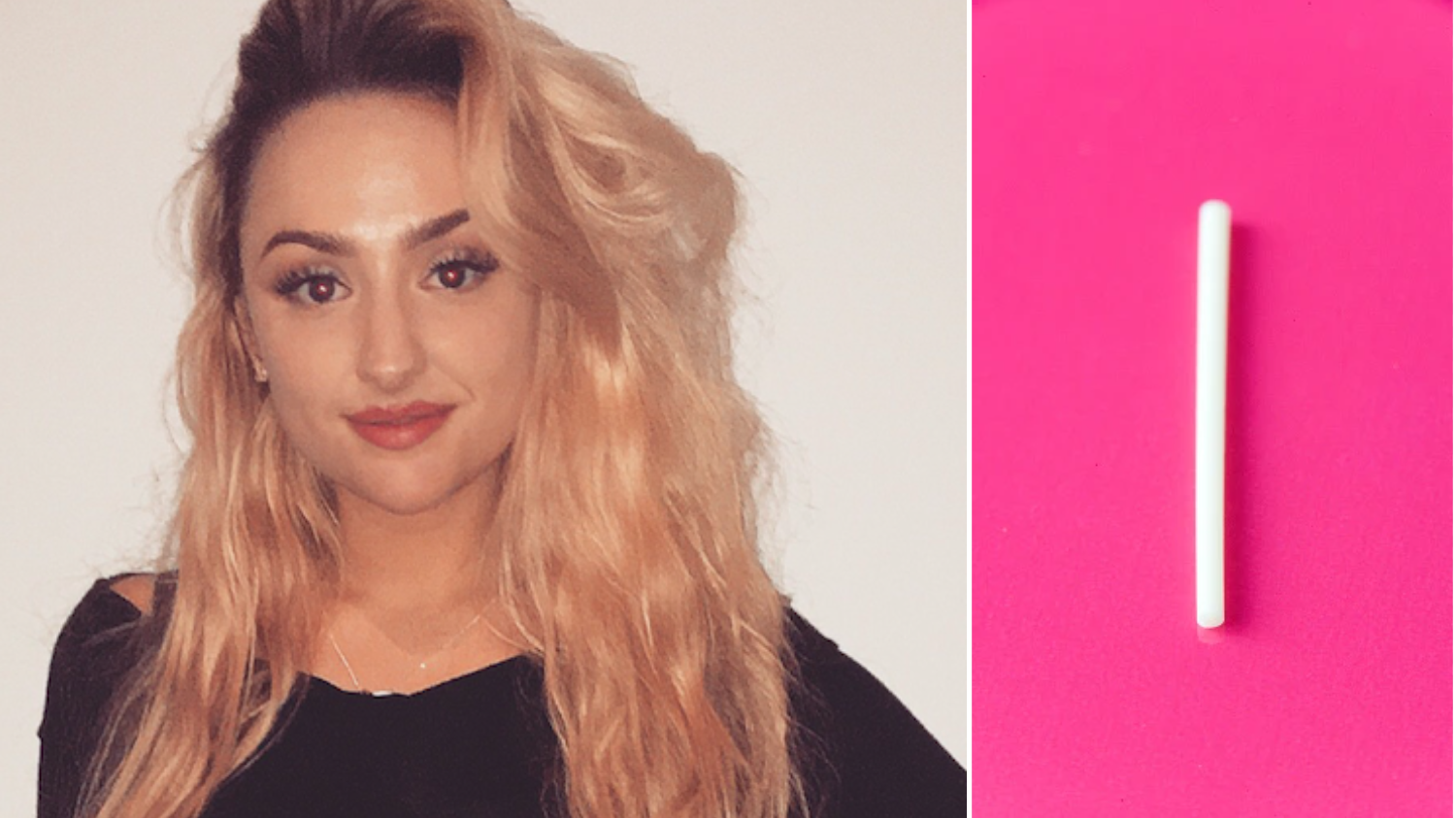 When it comes to deciding which form of contraception to use, you don’t expect your mental health, physical health and sex life to be hanging in the balance.

But over the past three years, I’ve had the menstrual cycle from hell: my periods lasting for three months, followed by just a three-week break.

This came after I chose to have the contraceptive implant inserted into my upper arm. A small plastic rod, the implant sits under the skin and secretes the hormone progesterone.

And despite seeing several different GPs and being assured by them that my cycle would ‘settle’, it did not.

I’d heard great things about the implant when I first decided to try it, when I was 16. I had always struggled with heavy periods and contraceptive pills hadn’t worked for me because they made me feel so mentally ill.

From the age of 14, I was put on the pill to control my bleeding – it was a brand that I’ve now heard many women report as having severe effects on their mood.

Before that I had been suffering with painful and heavy periods from the age of 11, so the pill was supposed to regulate the bleeding and give me a lighter flow.

There were times when my mood swings and depressed thoughts became so overwhelming that my relationship with my parents began to shatter and I wasn’t sure I wanted to be here.

After considering the options, I thought that the implant would be my best alternative, although I knew that it wasn’t guaranteed to regulate periods.

There were no issues at all with my first implant. Heavy periods, yes. Unbearable, no.

At that time the advantages of having it were to stop any risk of pregnancy, as sometimes I forgot to take my pill, and I didn’t have to worry about that with the implant.

When mine came to the end of its life after three years, I was 19 and I opted to have another one put straight back in again.

But my first period with the new implant was unbearable – it was heavy and extremely painful. I scoured Google to find out if this was normal, but every article told me something different.

Immediately, I suspected my implant. I hadn’t changed my diet, my lifestyle or started taking any other medications, and I couldn’t think of another reason why I would be bleeding so much.

My period went on to last 86 days. It was hell. I constantly felt dirty and the pain was horrific; I would experience a stabbing, electric, scratchy and shooting feeling in my ovaries and abdomen.

To add to this, I spent so much money on tampons. I was also already borderline anaemic due to my coeliac disease, so I had to take iron tablets every day, too. My energy levels were inevitably low, I was drinking coffee all the time to try and help and it was hard to function daily.

I stopped feeling like myself and began to revert back to that awful mental place I had been in when I was a young teenager. I began to convince myself that this was how my periods would be forever.

I didn’t want to leave the house for fear I would leak onto my trousers, which was embarrassing. This never happened, but I was forced to double up and wear a tampon and pad to stop this.

I felt anxious everyday, and it even began to affect my work. I present for BBC Radio Sheffield, which is my dream job, but I stopped wanting to go in. Although I never took sick leave, I wanted to, and I felt like I was faking my happiness and energy everywhere I went.

My relationship suffered too. My boyfriend did his best to comfort me, but eventually the lack of intimacy caused a strain. I never felt pressured by him and he was always understanding, but I started worrying about not being able to give him what some people view as a priority in a relationship.

When my period ended, it was the biggest relief I’d felt in all my life. But at the same time, I was living in total fear of what the next one would be like.

After three weeks, it came again – as ferocious, unbearable and lengthy as the last time. I started to see a pattern at this point but thought I could deal with it.

After a third awful period, I went to see my GP to explain what was happening and told them that my implant must be the cause. They said that if it was down to contraception, my periods would settle and told me to leave my implant in.

They suggested I needed an STI test before anything to rule out that wasn’t what was causing my bleeding. Even though I’d been with the same boyfriend for a while, I said yes, just to get the ball rolling. The results came back clear.

Then nothing. The clinic and my GP had no communication, so there was no follow-up. I waited, in pain, on my period, for something to happen, for someone to help me. They didn’t. I felt absolutely hopeless.

I went back to my GP to stress that I’d basically been bleeding for the last year and a half. History repeated itself: off to the sexual health clinic I was sent. Of course, the STI results were still clear and I was forgotten about – again.

I was horrified by the treatment I received, but I felt like I had no one to complain to. The constant back and forth made me feel like I was overreacting, but deep down, I knew I wasn’t.

Two years after I had started bleeding I went back to my GP, determined this time. I had done my research and exhausted all other causes of bleeding that wasn’t my implant – and all the symptoms pointed to endometriosis.

This time my GP told me she would try and refer me to gynaecology, but I heard nothing.

Then, in June last year, I went to A&E. I’d got to the point where I had never felt such excruciating pain. It was like hot scalpels were being dragged across my uterus. I couldn’t walk properly.

The doctor looked me over, told me he couldn’t believe that I’d not been referred to gynaecology after bleeding for so long and wrote a letter to my GP. Thankfully, I was put on a waiting list for an ultrasound and transvaginal scan.

However, due to the pandemic, all non-emergency appointments were delayed or cancelled, so I didn’t get an ultrasound until I had been bleeding for two-and-a-half years. Let that sink in.

When my results came back and said – I quote – ‘fine’, to say I was confused would be an understatement. How could it be ‘fine’? I definitely wasn’t feeling fine.

In December, I rang my GP for the last time. Rather than explaining this long ordeal of mine, I asked to be put on Gedarel, a contraceptive pill that I knew would regulate my bleeding.

My younger sister had been on Gedarel and had advised me to try it – she didn’t have irregular bleeding before, but she said she had regular, light and painless periods while taking it.

In January last year, my implant finally came out. I’m still on the pill and while my periods are heavy, they only last seven days.

Although my story might sound alarming, I know there are women out there who have gone through the same ordeal. If that’s you, ring your GP and be persistent – don’t let your issue fall off their radar.

It was hard having to sort this out myself, with what felt like no support. Going about my daily life, having the stress of work and trying to act like you’re fine, while you’ve been bleeding for what seems like forever, is difficult.

This experience has taught me how pain experienced by women can go years without being diagnosed. We’re constantly being dismissed by doctors when it comes to menstruation because we’re all conditioned to think that the pain associated with it is normal.

But heavy, long and excruciating periods are not – and I can’t stress that enough. Please get help if you need it.