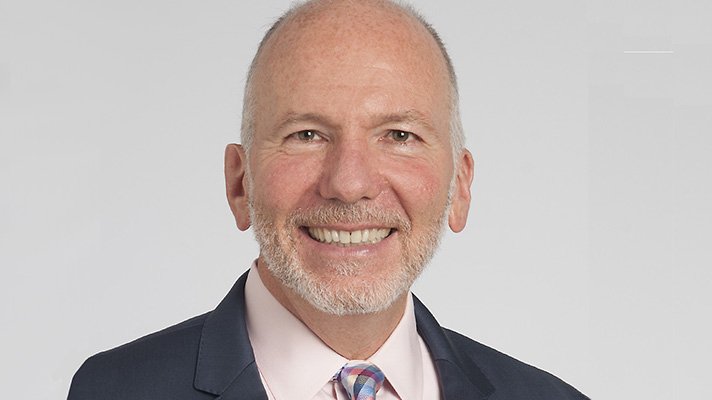 Like so much else in healthcare, the role of the hospital chief information officer is changing in profound and far-reaching ways.

It's a phenomenon we explored recently in our feature about the modern healthcare CIO – who nowadays is a strategist and course-setter far more than just an IT expert.

Almost a decade on from HITECH Act, amid a period of often dizzying change, technology leaders, especially at large hospitals, have become "postmodern" CIOs, as Ed Marx notes in that article.

Marx, who signed on as CIO at the Cleveland Clinic this past year after a long and influential career that's taken him from Cleveland to Dallas to New York and back to Cleveland again, is OK with change – he embraces it, almost craves it.

"You've got to become comfortable with change," he said.

While "most of us would prefer not to change," it's important, especially in the fast-evolving world of 21st Century healthcare, to feel at home with new tools and techniques, said Marx. So he keeps things interesting for himself, in ways large and small.

One example: "I've got my phone now, I'm used to it. It doesn't take a lot of effort to utilize the features. But I know if I become comfortable, I'm not going to try new things. So I mix it up and force myself to do it: During Christmas break, I'll get a Galaxy, when before that I had an iPhone. Ten years ago it was a Blackberry. It's just a simple example, but you have to get comfortable with change. You have to stretch yourself and try new things."

But not everyone is so easily conversant with constant change. At the HIMSS Big Data and Healthcare Analytics Forum in San Francisco on June 14, in a keynote titled, "Leading Innovation and Enterprise Transformation," Marx will explain how he leads the IT team at the world-class and ever-advancing Cleveland Clinic toward more data-driven and patient-focused care.

"We've changed the language of our IT now at the Cleveland Clinic to mirror that of our quality and safety," Marx explains. "So for us, culturally, everything is 'patient first.' Everything is focused around safety, and quality of care."

For example, the IT team their approaches its work as if they and the clinicians are on the same mission – which, of course, they are.

Another is that the IT team thinks in terms of care pathways. "We've adopted the ITIL framework, and everyone has to be ITIL certified as a condition of employment," he said. "But we don't talk about it that way in front of our customers, we talk about care pathways. Just like we have clinical care pathways to ensure we have the adoption of best practices, we do the same on the IT side. We've hardwired in these processes."

It's all of a piece with Marx's career-long focus on adjusting and adapting to changing circumstances to best meet the needs of the broader organizational mission, he said.

"That's what this post-modern CIO is able to do," he said. "They understand the business, they speak the language of the business, they take out all the technical jargon, and they're almost like a chameleon who can blend in. When they're with the clinicians, they sound like a clinician. When they're with finance, they sound like finance. It's that capability that's really critical."

From his own perspective, Marx has long taken an "intentional" approach to his nearly three-decade career, even as the larger healthcare picture has changed around him along the way.

"I've had a one-page career plan that I developed when I first became a CIO at University Hospitals, also in Cleveland," he said. "I had a very good mentor and one of the things he taught me was to put together a plan. So I have a career plan, and I've been executing to that plan. I make adjustments every year and evaluate how I've done."

Along the way, he's established an array of habits to keep up on developments and keep an open mind, he said. He reads the major papers and a book or two every quarter – "outside of IT, outside of healthcare" – to help him keep perspective on the big picture, for instance. Or meeting with fellow CIOs from other healthcare organizations and other industries.

But fostering a culture where IT staff takes a similarly enthusiastic approach to adaptation and change is sometimes easier said than done. Marx's advice is to communicate, clearly and passionately.

Established in 1921, Cleveland Clinic is nearing its centenary. "I tell my staff, 'We have an amazing mission – our mission has stayed the same for almost 100 years,'" said Marx. "Do you think we practice medicine differently today than 100 years ago when we had that mission?

"Of course the answer is yes," he said. "We're known around the world for being innovative, coming up with new innovative techniques that save people's lives, and increase the quality of their lives."

But one thing no one wants to hear is that, "We have a pretty good mission, but there's not really a reason to change the way we practice, because we're number one in the world. That would be foolhardy."

At Cleveland Clinic, "we've done some great things with technology," said Marx. "But if we stop here, we're not going to be able to leverage the benefits of the new technology."