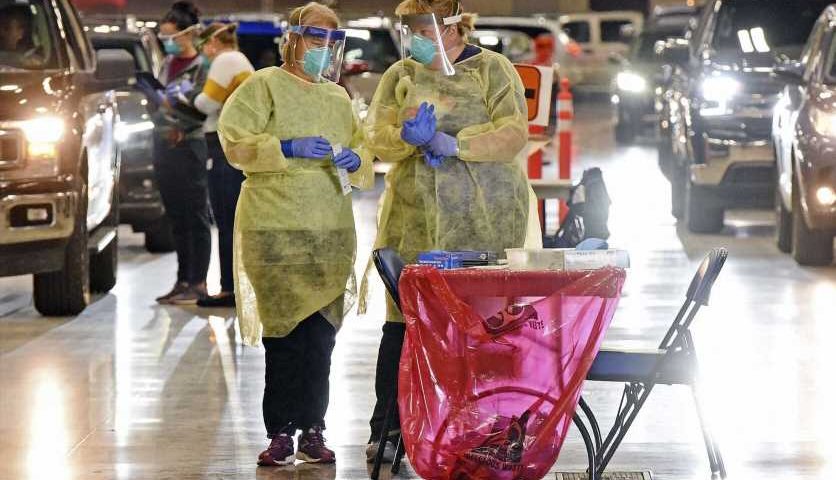 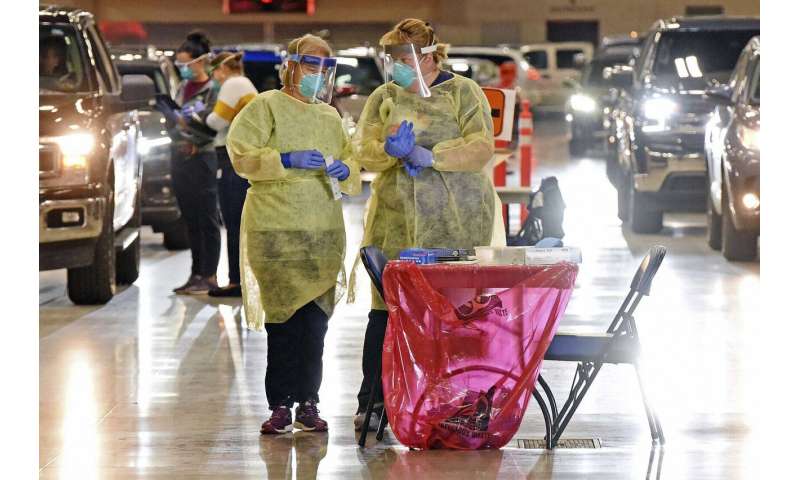 The coronavirus tightened its grip on the American heartland, with infections surging in the Midwest, some hospitals in Wisconsin and North Dakota running low on space and the NFL postponing a game over an outbreak that’s hit the Tennessee Titans football team.

Midwestern states are seeing some of the nation’s highest per capita rates of infection, and while federal health officials again urged some governors in the region to require masks statewide, many Republicans have resisted.

Like other states, health officials in Wisconsin had warned since the pandemic began that COVID-19 patients could overwhelm hospitals. That’s now happening for some facilities as experts fear a second wave of infections in the U.S.

A record number of people with COVID-19 were hospitalized in Wisconsin. Of those 737 patients Wednesday, 205 were in intensive care, with spikes in cases in northern parts of the state driving up the numbers. The state also reported its highest single-day number of deaths—27—raising the toll to 1,327.

Officials at ThedaCare, a community health system of seven hospitals, said they have exceeded capacity in the COVID-19 unit at their medical center in Appleton, about 100 miles (160 kilometers) north of Milwaukee. It’s started sending patients to other hospitals some 40 miles (64 kilometers) away. 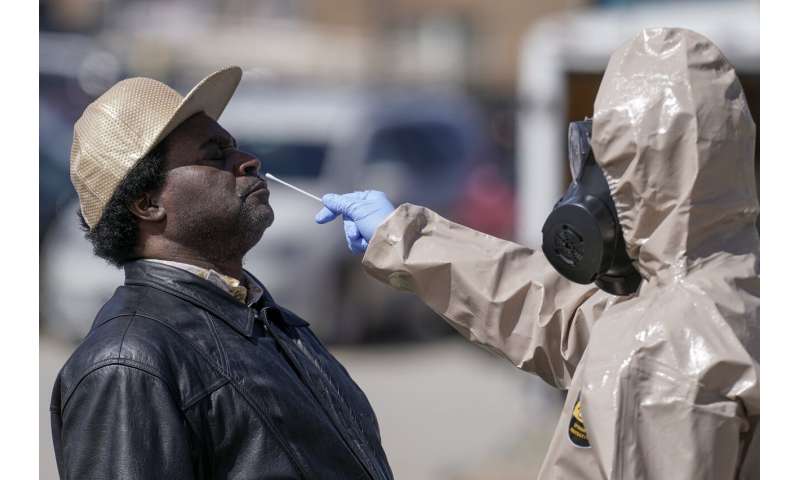 In North Dakota, hospitals are adding extra space amid concerns from employees about capacity. Nearly 678 COVID-19 infections per 100,000 people have been diagnosed over the past two weeks, leading the country for new cases per capita, according to the COVID Tracking Project.

A new Sanford Health hospital unit opened in the capital of Bismarck to add 14 more beds, with nearly half of those for intensive care patients. The space isn’t exclusively for coronavirus patients but could be used to treat them if needed.

Overall, North Dakota has reported 21,846 infections and 247 deaths. There are 89 people now hospitalized.

The upswing has been seen throughout the Midwest. Iowa also reported a spike in people hospitalized with the virus, to 390. Last week, the state had the nation’s sixth-highest rate of coronavirus infections per 100,000 people, according to a White House coronavirus task force report dated Sunday. It again recommended Iowa require masks statewide, which Republican Gov. Kim Reynolds has said is unnecessary.

Similarly, Oklahoma Gov. Kevin Stitt, a Republican, has said he won’t impose such a requirement. The task force report found his state is among the worst in the United States for positive coronavirus tests per 100,000 people, up 15% from a week ago.

The number of reported coronavirus cases in Oklahoma increased by 980 on Wednesday, with 13 additional deaths, state health officials said. A total of 1,031 people have died of the virus there. 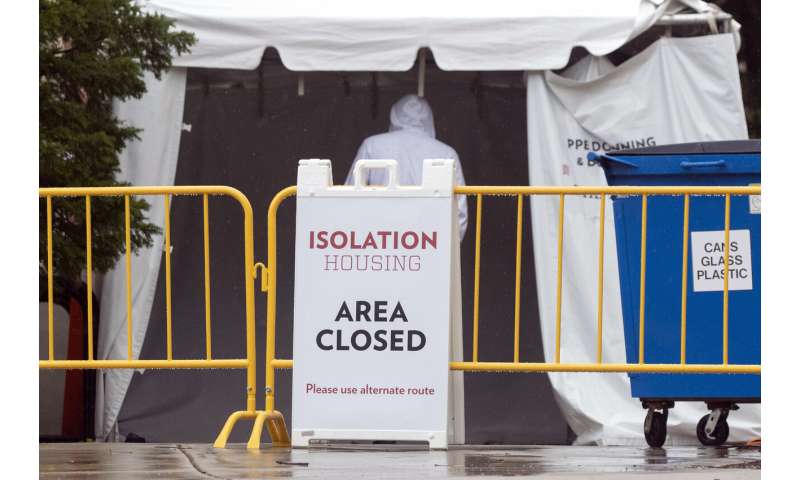 The strain of the virus in the Midwest comes as President Donald Trump and his Democratic rival, Joe Biden, sparred over the pandemic during the first presidential debate. Trump defended his handling of the virus, saying he has struck the right balance between preserving the economy and pushing for a vaccine. Biden criticized Trump for doing too little, too late and putting Americans’ lives at risk by being slow to encourage the use of masks and social distancing.

Meanwhile, the NFL decided to postpone a game between the Pittsburgh Steelers and the Tennessee Titans after three Titans and five other team personnel tested positive for COVID-19. The Titans have closed their facility through at least Friday and will not be able to practice together until Saturday at the earliest.

On Sunday, Tennessee beat the Minnesota Vikings, which have closed their facility through at least Wednesday.

Cleveland Browns center JC Tretter, president of the players union, said the outbreak was a reminder that everyone must be more vigilant despite low testing numbers across the league.

“It’s easy to fall into a sense of ease or relax on some of the protocols,” he said. “But the protocols are what’s keeping us going, making sure that we’re making the right decisions. … We have been going really smoothly for a long time and now there was some expectation that this was eventually going to happen. It’s tough to keep the virus completely out.”

There have been nearly 34 million confirmed cases worldwide—over 7 million in the United States alone—and more than 1 million deaths, according to a count kept by Johns Hopkins University. But the real number of infections is believed to be much higher. 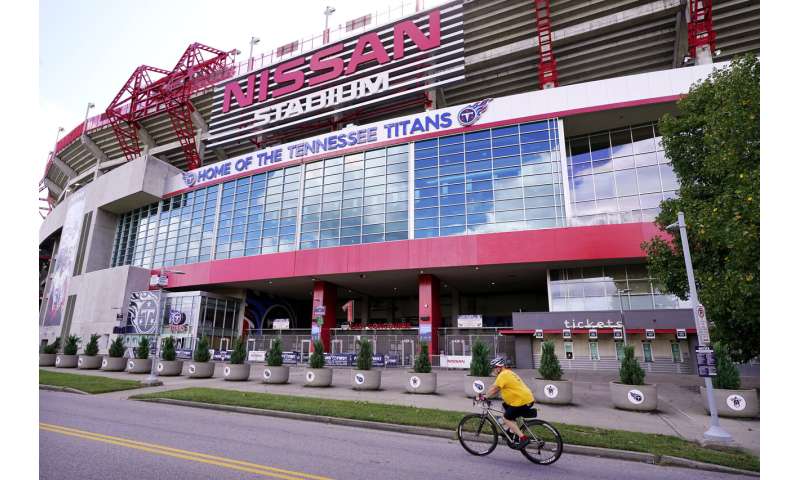 The U.S. is averaging more than 40,000 new cases a day. While that’s dramatically lower than the peak of nearly 70,000 over the summer, the numbers remain worrisome. The nation’s death toll eclipsed 200,000 this week, the highest in the world.

Across the U.S., the numbers are determining whether parts of the economy can get going again.