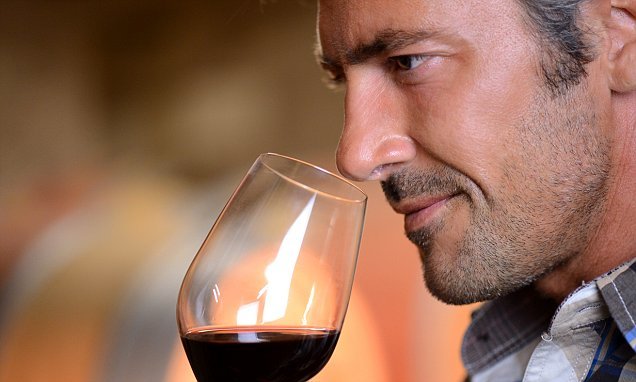 One glass of antioxidant-rich red wine a day slashes men’s risk of prostate cancer by more than 10% – but Chardonnay has the opposite effect, study finds

Drinking one glass of red wine a day slashes men’s risk of prostate cancer by around 12 per cent, new research suggests.

Yet, moderate consumption of white wine, such as Chardonnay, raises the risk of the disease by 26 per cent, a study found.

Red wine contains around 10 times more polyphenols, a type of antioxidant, than white, which may explain the findings, according to the researchers.

Lead author Professor Shahrokh Shariat, from the University of Vienna, said: ‘It has already been shown that polyphenols, which are predominantly found in red wine, can have a protective effect in other diseases and other types of cancer.’

Prostate cancer affects more than 47,000 new men in the UK every year. 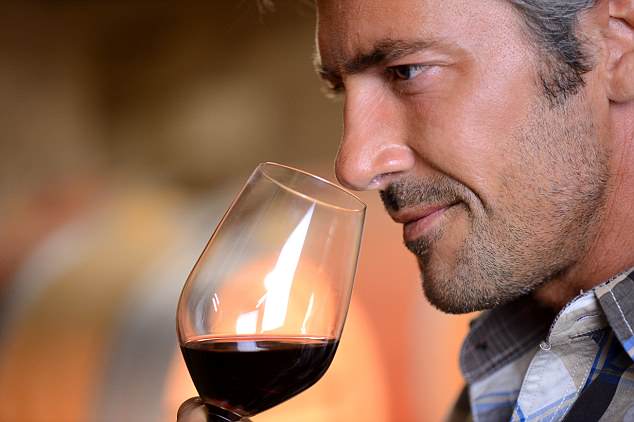 IS WINE GOOD FOR ORAL HEALTH?

Drinking wine may protect teeth by destroying bacteria that cause cavities and gum disease, research suggested in February 2018.

Despite many dentists warning booze’s acidic content can damage teeth, a study suggests antioxidants in wine significantly prevent bacteria that cause plaque, cavities and periodontal disease from sticking to gums.

When these bacteria enter the bloodstream, they can trigger a chain reaction that has been linked to heart disease and cancer.

The latest discovery may lead to the development of ‘wine-inspired’ toothpastes and mouthwashes that contain such antioxidants, according to the researchers from the Spanish National Research Council in Madrid.

Gum disease affects around three in every four adults in the UK, with symptoms including sore, bleeding gums during brushing.

‘But bacterial adhesion to host tissues constitutes a key step in the infectious process.’

When digested in the mouth, these antioxidants are thought to produce molecules that may benefit oral health.

Professor Shariat adds men should not be concerned over their moderate white-wine consumption providing they avoid other prostate-cancer risk factors, such as smoking and an excessive red-meat intake.

He believes the antioxidants in red wine may one day be used to help prevent prostate cancer.

The researchers analysed 18 studies that investigated the effect of drinking wine of any colour on men’s prostate-cancer risk.

One glass of wine a day was defined as moderate consumption.

The findings were published in the journal Clinical Epidemiology.

This comes after research released earlier this month suggested just two glasses of wine reduces people’s quality of sleep by nearly 40 per cent.

Heavy alcohol consumption, which these researchers defined as two drinks a night in women and three in men, reduces people’s quality of shut eye by 39.2 per cent, a study found.

‘However, the evidence shows that despite being young and active you’re still susceptible to the negative effects of alcohol on recovery when you are asleep.’