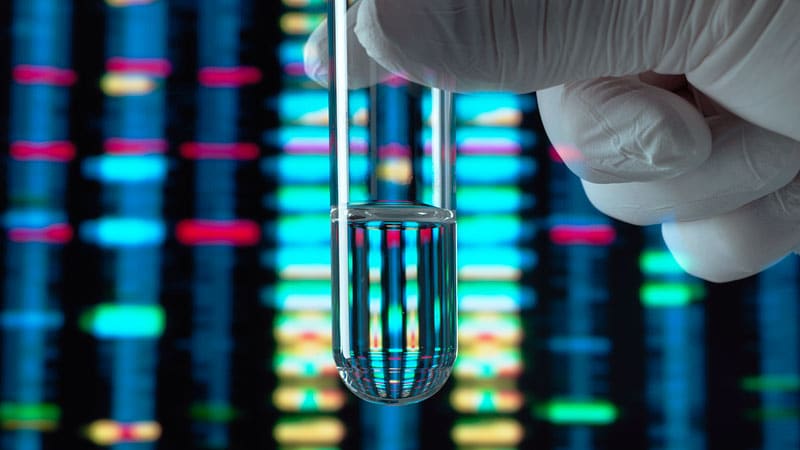 Genetic testing to determine the best antidepressant for patients with major depressive disorder (MDD) has the potential to lead to an optimal drug choice on the first try and reduce healthcare costs, new research suggests.

CYP2D6 and CYP2C19, from the cytochrome P450 family, are involved in the metabolism and elimination of various molecules, including medications. Variants in the genes encoding these enzymes affect the speed at which drugs are metabolized, altering their pharmacokinetic profiles.

The researchers studied 125 patients with MDD and used CYP2D6 and CYP2C19 genotyping to determine the presence of actionable phenotypes in line with US Food and Drug Administration labeling.

They found that in many cases, pharmacogenetic testing could have predicted poor response to the initial treatment selection and could have helped guide subsequent choices to improve outcomes.

In addition, a pharmacoeconomic evaluation that combined direct and indirect costs resulting from MDD with the prevalence of CYP2D6 and CYP2C19 phenotypes showed that testing for functional variants in both genes would be cost-effective at a national level.

Had psychiatrists who treated patients in the study known about their metabolizing profiles, it “might have contributed to switches in medication” and could have reduced “delays in response,” said lead researcher Alessio Squassina, PhD, associate professor of pharmacology at the University of Cagliari, Cagliari, Italy.

The findings were presented at the virtual European Psychiatric Association (EPA) 2022 Congress.

Squassina noted that the response to antidepressants is a “highly variable trait,” and while it is known that genetics play a role, their contribution is “still not completely understood.”

He explained that the use of pharmacogenetics, which leverages genetic information to guide treatment decision-making, has increased significantly.

While regulatory bodies, including the FDA, have been “very active” in defining strict criteria for interpreting the information from pharmacogenetic tests, there remains some “discrepancy” in their clinical utility.

These labels provide guidance on when genetic testing is recommended or required, as well as potentially clinically actionable gene-drug associations in patients with certain functional alleles.

However, Squassina noted that the distribution of such alleles is not the same across Europe, so it’s possible that a psychiatrist in Italy may be less likely to treat a patient with a phenotype affecting response to treatment or risk of adverse events than one in Norway or Sweden.

For the study, the investigators examined the frequency of CYP2D6 and CYP2C19 phenotypes in psychiatric patients in Sardinia and their relationship with pharmacologic treatment and cost-effectiveness.

They set out to recruit 200 patients with MDD who had a documented 5-year medical and treatment history, including alterations in treatment, adverse events, hospitalizations, suicide, and symptom scores, as well as sociodemographic variables.

An interim analysis of the first 125 patients recruited to the study showed that the most common CYP2D6 phenotype was normal metabolizers (NM), at 60.5%, followed by intermediate metabolizers (IM), at 28.2%, ultrarapid metabolizers (UR), at 8.9%, and poor metabolizers (PM), at 2.4%.

To highlight the potential impact that pharmacogenetic testing could have had on patient care and outcome, Squassina highlighted two cases.

The first concerned a patient with a CYP2D6 IM and CYP2C19 UR phenotype, who did not respond to escitalopram. The FDA drug label indicates this phenotype is actionable and recommends an alternative drug.

The patient was subsequently switched to venlafaxine. The FDA drug label on venlafaxine notes that patients with this phenotype are likely to have a suboptimal response to this drug, and again, this patient did not respond to treatment.

Another patient with a CYP2D6 NM and CYP2C19 IM phenotype was also prescribed escitalopram. The FDA label on this drug notes that patients with this phenotype can try venlafaxine but may not respond. Indeed, this patient did not respond and was switched to venlaxafine and started responding.

“The psychiatrists [in these cases] may made have made different [drug] choices if they had known the genotypes in advance,” Squassina said.

To determine the cost-effectiveness of screening for CYP2D6 and CYP2C19 phenotypes in patients with MDD, the researchers used real-world data to develop a Markov model with a hypothetical cohort of 2000 MDD patients, half of whom underwent pharmacogenetic testing, to determine the potential impact on outcomes over an 18-week period.

The model included the cost of medications and hospitalization, psychiatric counseling, loss of productivity, and the estimated probability of response and adverse events, adjusted for the patient’s likelihood of having a particular metabolizing phenotype.

Results showed that for CYP2C19, compared to no testing, pharmacogenetic testing would be cost-effective at an incremental cost-effective ratio (ICER) of €60,000 ($64,000 USD) per quality adjusted life-year (QALY).

This, Squassina said, is “below the willingness to pay threshold” for health authorities in developed countries.

The team plans to complete recruitment and perform a “detailed evaluation of all the variables, especially those relating to the medication history and changes in dosage, and adverse drug reactions.” The researchers would also like to study genetic phenotypes for other metabolizing enzymes and repeat the pharmacoeconomic analysis with the complete dataset.

A Glimpse Into the Future

Approached for comment, Alessandro Serretti, MD, PhD, Department of Biomedical and Neuromotor Sciences, University of Bologna, Bologna, Italy, who was not involved in the study, said the findings show there is a “small but evident benefit” from CYP profiling, “which makes sense.”

He added that in the Netherlands and other European countries, efforts are already underway to record the CYP status of patients at a national level. “Sooner or later, all Western countries will implement it as a routine,” he told Medscape Medical News.

He explained that when such testing is widely available, electronic health record (EHR) data will allow physicians to immediately select the optimal antidepressant for an individual patient. This will end the current trial-and-error process that leads to delayed treatment and will help avoid serious consequences, such as suicide.

While reducing a single patient’s treatment by a few weeks with the most appropriate antidepressant choice does not make a large difference in the cost per episode, at a population level, it has the potential to make a significant difference.

Serretti does not envisage genotyping all 333 million Europeans for the CYP phenotype at this point but imagines that in the future, individuals will undergo whole-genome sequencing to determine risks for cancer, dementia, and heart disease, at which point they will also undergo CYP functional allele profiling, and all these data will be recorded on individuals’ EHR.

“So, every doctor, a psychiatrist or cardiologist, can see everything, whenever they need it,” he said.

The study was funded by Fondazione di Sardegna and Regione Autonoma della Sardegna. The authors have disclosed no relevant financial relationships.