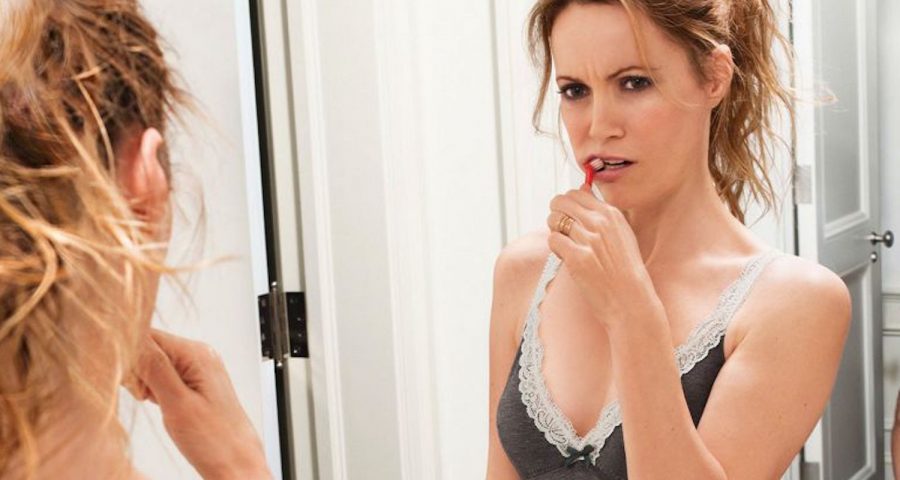 Brushing your teeth is like riding a bike, right? Once you’ve got the process down somewhere in your early childhood, your sparklers are pretty much set for life, right?

Well, that depends on if you’re actually brushing correctly in the first place. According to new research from Philips Sonicare, over half of Australians are missing an essential element of a good oral hygiene routine. Around 60% of us admit to not brushing their tongue, and leading Sydney dentist Dr Luke Cronin says that’s kind of a big deal.

“Just like bacteria builds up on and in between your teeth, hardening into plaque and tartar if not removed, bacteria also builds up on our tongue,” Dr Luke told Women’s Health. “Our tongue is covered in tiny bumps called papillae, and within the grooves of these bumps bacteria, dead skin cells and food particles can collect.”

“When you don’t brush your tongue, the trapped bacteria and other debris can cause bad breath and a white discolouration of the tongue. The bacteria on the tongue is opportunistic and can redeposit onto teeth and gums, even after they’ve been cleaned, increasing the likelihood of plaque build-up.”

The trend of tongue scraping has been catching on in some circles, but you don’t need extra contraptions or equipment to get the job done. Dr Luke recommends getting a toothbrush with a tongue care brush head (he recommends the Philips Sonicare DiamondClean Smart) designed especially to help clean the surface of your tongue.

But unfortunately, that’s not where our errors end.

“Incorrect or poor brushing technique is extremely common in adult patients,” he says.

This damage might not be realised until it’s too late.

“The most effective way to minimise the risk of over brushing is to switch to an electric toothbrush as the sonic motion has been found to be the most effective at plaque removal while being gentle on the gums. The use of an electric toothbrush is also less technique sensitive – meaning that the brush does most of the work for you and you simply guide it on to the tooth and gum.”

There’s also plenty of myths and misconceptions around proper oral hygiene, particularly when it comes to Insta-famous fads like oil pulling or brushing your teeth with activated coal.

“I would recommend going back to the proven basics of good oral hygiene when it comes to looking after your teeth – brush your teeth twice daily, floss everyday, limit your sugar intake, drink water after consuming food and beverages, and have a professional checkup and clean every six months.”