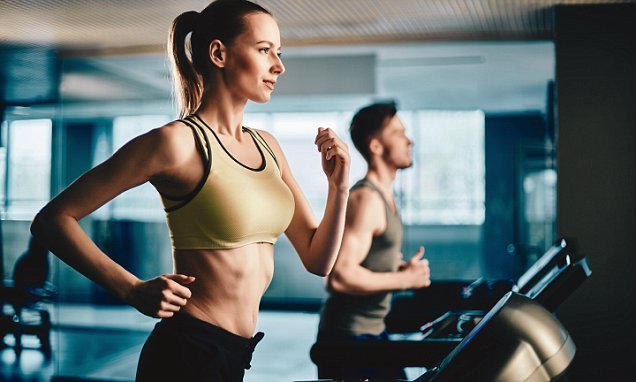 It already tracks the steps you take, the calories you burn, and how long you spend asleep.

And soon a Fitbit could also be telling women when they’re ovulating or when to expect the symptoms of their period, thanks to its new Female Health feature.

The smart watch company is rolling out its feature as the newest watch model, the Fitbit Versa, hits the shelves.

According to a survey carried out by Fitbit, it was one of the things most requested by users.

Female Health will allow women to use the app to track where they are in their menstrual cycle and compare the cycle with other stats such as how well they sleep.

It will also be able to send notifications when users are due to start their period, and if you are trying to conceive it can tell you when you will be most fertile.

The company says it wants to offer a new way for women to get in tune with their own bodies and discuss their experiences with other users. 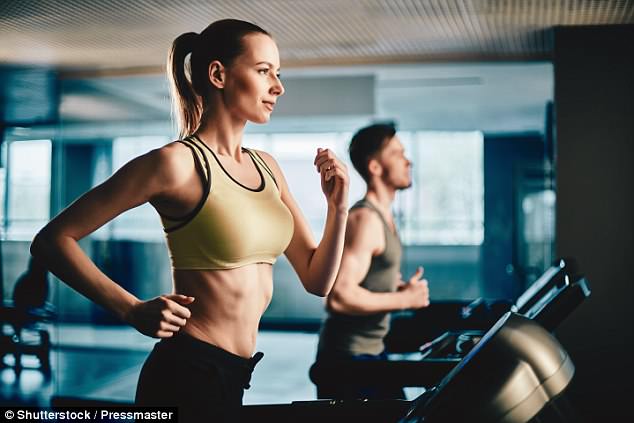 The more information you put into the app over time, the more accurately it will be able to predict your future menstrual cycles and how they will affect things like your sleep and weight

The in-app feature will work on the Versa and Ionic models of the smart watch, and is also available to all women aged over 13 who use the Fitbit app.

A way to learn more about your fertility

Fitbit’s senior health and fitness editor Danielle Kosecki writes on her blog: ‘Many women’s sexual health education stops after grade school, if they get one at all.

What is a normal period?

The length and effects of periods vary between women, but they happen when the womb lining is released by the body if an egg is not fertilised after leaving the ovaries.

On average, women have periods every 28 days, although this can vary normally from around 21 to 40 days.

They usually last for between two and eight days, and around three to five tablespoons of blood is lost.

Girls usually begin having monthly periods at around age 12, but they can start earlier or later.

Women ovulate – the time when they are most likely to get pregnant – approximately 12 to 14 days before the start of their period.

‘That’s why Fitbit is excited to announce the launch of one of the company’s most requested features: female health tracking, coming in May 2018.

‘This new in-app experience and on-device experience is designed to help you learn more about your menstrual cycle – and your body – so you can better understand how it affects other aspects of your health and fitness.’

Danielle adds that the feature was one of the things most requested by Fitbit users.

A survey of users found that 70 per cent of them did not know the average length of a menstrual cycle.

Women will be able to learn more about the menstrual cycle, ovulation and fertility from in-app news produced by experts and Fitbit advisors.

There will also be new online community groups set up for women to discuss periods, birth control, trying to conceive, and perimenopause and menopause.

Kat Binder, senior product marketing manager at Fitbit told Well and Good: ‘The future of health care is leaning toward more virtual and remote ways of receiving care and sometimes it doesn’t necessitate actually needing to speak to your doctor.

‘Sometimes having information around a basic question from women who have experienced it is sufficient, and I think this is a really great place to start.’

The more information you put into the app, the more accurate it will become at predicting your cycle and how your period affects things like your weight and sleep.

Fitbit says it hopes users will help create a huge database of anonymous female health information which could help shape the future of healthcare.

All female users will receive a notification about the new feature rollout and will have the choice to opt in or out of it.

For those trying to conceive, knowing when you are ovulating is important because it’s the time when you’re most fertile.

But there are certain foods, too, which can help boost a woman’s fertility.

Recent research published in the American Journal of Obstetrics and Gynecology found that salmon, spinach, whole grains, beans and dark chocolate could help on the journey to parenthood.