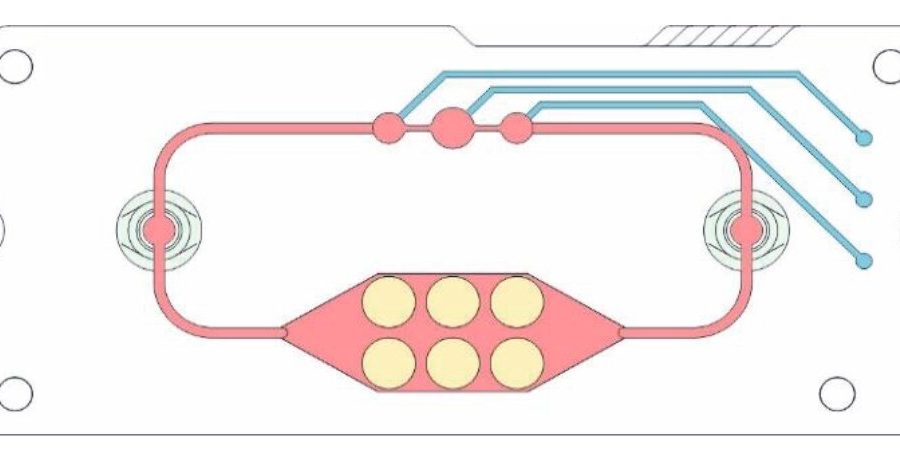 Radioactivity can save lives. When neither chemotherapy nor surgery nor radiation from the outside help against a tumor, modern medicine uses so-called radiopharmaceuticals. These radioactive drugs not only detect cancer cells, but also enable targeted radiation from the inside to destroy the tumor.

Even before potentially toxic side effects of a new drug are of interest, the binding characteristics matter most. They tell scientists whether the new drug can interact with its target cancer cell and how robust the interaction is. Therefore, binding studies are conducted in order to measure the binding strength and the amount of the drug that is bound to the target cell.

However, before such substances become available for use in humans, extensive animal testing is currently required during their development. A joint project of the Fraunhofer Institute for Material and Beam Technology IWS in Dresden and the Helmholtz-Zentrum Dresden-Rossendorf (HZDR) is currently researching an alternative method to this. Artificial organ structures and tumors in chip format form the basis for this.

In a first publication, in Current Directions in Biomedical Engineering, researchers of Fraunhofer IWS and HZDR show in detail how this works.

In 2021, a total of 1.86 million vertebrates and cephalopods were used for research purposes in Germany, according to information from the Federal Ministry of Food and Agriculture. Although this is 2 percent less than in the previous year, it is still a very large number. The animals most commonly used in German laboratories are mice, fish and rats.

“Currently, many research tasks require the help of such animal experiments to be solved,” Dr. Wiebke Sihver from the HZDR’s Radionuclide Diagnostics Department points out. This is why searching for alternative options remains enormously important, she adds. “In addition, animal models often lack important references to the human organism.”

In their work, Sihver and her HZDR colleagues are concerned with the development and application of radiolabeled substances for cancer diagnostics, and specifically for therapy. These radioligands are labeled with a radioactive nuclide (radionuclide) and bind to a target molecule; in the case of cancer, to specific target structures of the tumor.

The radiopharmaceutical thus acts directly on the tumor. Surrounding healthy tissue is spared. To date, radiopharmaceuticals developed at the HZDR must be tested in animal models such as mice and rats after in vitro characterization.

Several years ago Sihver was seeking a replacement for the many animal experiments in radiopharmaceutical research. During her search for alternative systems she quickly came across Fraunhofer IWS, where a team has been researching microphysiological systems that use cultivated mini-organisms to mimic the functioning of the human organism. It was the starting point for a new idea.

Researchers at Fraunhofer IWS have been working on the mini-labs for more than ten years. With these microphysiological systems in the format of a tablet box, organ functions or even disease processes can be artificially represented with the help of cell cultures. Valves and channels simulate the vascular system, a small pump the heartbeat.

The chips are made of plastic films layered on top of each other. Blood vessels and chambers are cut into these by laser. In special modules, users later grow cell cultures that can survive for up to a month in the microfluidic systems. Meanwhile, blood circulates in the mini-lab in the form of a nutrient medium that supplies the cells with oxygen and nutrients. A few years ago, this framework only enabled the representation of two organs.

Today, as many as four can be simulated simultaneously on these novel multi-organ chips. When the HZDR team turned to Fraunhofer IWS, the experts there quickly recognized the potential for a new application.

“Multi-organ chips have not yet been used in the development of radiopharmaceuticals, so there is a great need for them,” explains group leader Florian Schmieder, who has been involved in lab-on-chip research at Fraunhofer IWS for many years. Together, the two institutes successfully applied for a grant from the German Federal Ministry of Education and Research on “Alternative Methods to Animal Testing.” This will continue until 2024, and they have achieved the first promising results. 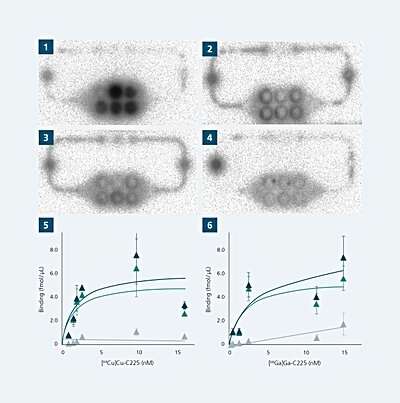 Reducing the number of animal experiments

The joint research work aims to place 3D tumor models on a chip that will subsequently make testing radiopharmaceuticals simpler and less expensive. Producing a three-dimensional cell aggregate—a spheroid that can mimic tumor tissue—from a two-dimensional cell culture therefore posed the first challenge. “This allows us to integrate the characteristics of the micro-tumor into our system,” explains development engineer Stephan Behrens, Fraunhofer IWS.

In perspective, this representation on the chip should become increasingly detailed, for example by using patient-specific cells or to determine newly discovered, characteristic proteins on different tumor cell types that can be detected radiopharmacologically. The first tests by Sihver and her team with the multi-organ chips have already shown positive results. First, they used known substances whose properties can be easily observed on the chip.

“We saw that the binding to the tumor spheroids already works,” she describes. They also plan to display a kidney model and a liver organoid on the chips. The kidneys in particular are considered dose-limiting and thus play an important role in radiopharmaceutical research. “In colloquial terms, this means that if the radioligand gets stuck, this can lead to damage in the kidney, but also in the liver cells,” the scientist explains.

Testing such substances using cell cultures on a chip therefore offers a promising alternative, she says. If the tests in the project continue to be positive, unknown radioligands will also be tested in the systems at a later stage.

“This saves a large number of animal experiments,” says Sihver. Although their research cannot yet completely eliminate animal experiments, the researchers are working to reduce their number. As a result of the new development, Florian Schmieder sees many advantages for future patients. “We could place patient-specific cells on a chip and thus simulate how a cancer develops.”

Individual therapies tailored to the patient’s needs would be possible with this method. “Cancer also forms tumor-specific antigens that are not so representable in animal models,” says the research team. This should be feasible on the chips, too.