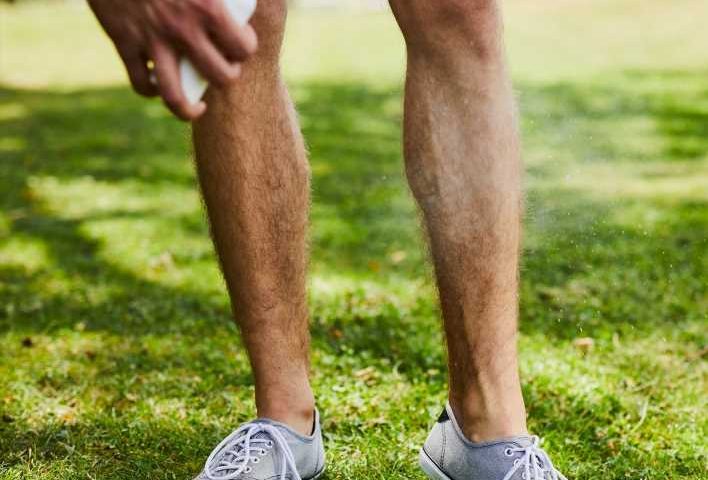 Sunscreen is essential for healthy skin, but news reports about a widespread recall for popular sprays may have you second guessing what’s in your beach bag these days. Earlier this summer, Johnson & Johnson officials issued a voluntary recall for four different varieties of Neutrogena sunscreen products as well as one of its Aveeno sprays. Customers were asked to dispose of or request a refund for the affected bottles immediately in “an abundance of caution” while the company investigated how a known carcinogenic chemical known as benzene worked its way into these aerosol products.

How did benzene — a chemical compound that’s naturally found in crude oil and gasoline — end up in sunscreen? Experts and manufacturers were shocked to find it in sample tests: It’s not an intended ingredient in any sunscreen formula or production process, regardless of the brand or manufacturer. And yet benzene contamination seems to be a more common health issue than ever expected, as independent testing by Valisure, a pharmaceutical analytical services company, published the results of its study citing more than 50 contaminated sunscreen products.

While many manufacturers (including Johnson & Johnson) have issued recalls, you may be wondering if your bottle of sunscreen is affected by benzene contamination — and why exactly it’s a risk to your health in the first place.

Benzene is a highly flammable and volatile chemical compound that can be traced back to crude oil, gasoline and cigarette smoke, where it’s a byproduct of the refining process and burnt tobacco and tar. Benzene is typically harnessed in manufacturing plastics, synthetic fibers, dyes, detergents, as well as pesticides and also within glues and other adhesives as a solvent.

The chemical is also found in gasoline and is discharged into the air via exhaust pipes as well as in volcanic eruptions and forest fires. Current Centers for Disease Control and Prevention (CDC) literature suggests that benzene exposure can happen involuntarily around you on a daily basis, but Food and Drug Administration (FDA) officials have imposed a limit of two parts per million (2 ppm) in all pharmaceuticals, including sunscreen, to ensure it doesn’t become an active ingredient.

So how did benzene end up in sunscreen then?

“It’s not an ingredient that is added to sunscreen, and likely, [benzene in sunscreen] occurs as a contaminant, a byproduct of manufacturing, or in the production of another raw material [used in sunscreen], like alcohol or aloe vera,” explains Laura Cohen, M.D., a board-certified dermatologic surgeon serving as President and CEO of CoLabs International. “Benzene contamination may occur in many alcohol spray applications, and in some alcohol or aloe vera-based lotions.”

Some sunscreens indicated in Valisure’s study contained nearly three times the FDA-approved limit of benzene within pharmaceuticals in general, but it’s currently unclear if anyone has suffered immediate symptoms from any of the study’s implicated products.

Why is benzene bad for your health?

Depending on how long you’re exposed to it (and how it enters your body), benzene may impact your immediate health as well as influence cancer risk. California’s Proposition 65 lists the chemical as a reproductive toxin as well. Federal health officials are mostly concerned about benzene inhalation since this is usually how individuals are exposed to the chemical; through cigarette smoke, gasoline odors or chemical fumes in paint or through leaks in particular. When it comes to sunscreen, however, benzene absorption through the skin is less studied.

Officials at the CDC explain that chronic benzene exposure impacts your body’s cells regulation, targeting the immune system by causing anemia or white blood cell irregularities. You’ll experience immediate effects if you breathe in excess benzene — everything from headaches to dizziness, confusion or a loss of consciousness — or if you consume foods or liquids containing the chemical, including vomiting, digestive pain, or irregular heartbeat.

Find a full list of symptoms from benzene exposure here.

How dangerous is benzene in sunscreen?

Experts’ primary issue is that benzene has long been recognized as a known carcinogen (a Class 1 carcinogen as classified by a subset of the World Health Organization), and benzene-contaminated sunscreens pose a risk for unintentional absorption over time, even if the exact risk threshold for skin isn’t clear currently.

When it comes to sunscreen, it’s likely that potential side effects would be from chronic exposure over a longer period of time, which could lead to increased risk for blood disorders like anemia or leukemia and other cell-based cancers. “The concern would be, had this not been brought to light, the diligent sunscreen user could have a huge lifetime exposure — especially as when one considers that the skin is the largest organ of the body, and that many have become accustomed to applying it all over the body routinely,” explains Kenneth Mark, M.D, a private-practicing dermatologist in the New York region and a clinical professor within New York University’s Department of Dermatology.

This being said, it’s crucial to understand that experts are not advocating that you skip sunscreen altogether. Ultraviolet radiation from the sun’s powerful rays is responsible for upwards of 90% of all cases of skin cancers, and equally 90% of visible aging, Dr. Cohen adds, citing the U.S. Skin Cancer Foundation. “After 40 years as a dermatologist, I see a far greater danger to consumers stemming from failure to use any sunscreen at all.”

There may be as many as 11,000+ sunscreens available to shoppers, so knowing which products have already been implicated in Valisure’s study can help you determine if your bottles may need to be replaced. Here’s a list of brands, manufacturers and sunscreens with benzene, according to Valisure:

Shortly after randomized testing results were published, in June, Johnson & Johnson issued a statement that indicated the company began testing its own products for benzene and examining each aspect of production. It’s not expected that the five Johnson & Johnson products indicated above (or most products, for that matter) will continue to harbor benzene contaminations in the future.

An updated statement in July suggested that the Johnson & Johnson sunscreens were being pulled from shelves entirely for the moment: “While the use of these products would not be expected to cause adverse health consequences, we are asking consumers to stop using them,” the company told us.

Are there other sunscreen ingredients that pose a health risk?

FDA officials are currently in the process of overhauling its guidelines for sunscreen production in the United States and while there are 16 active ingredients currently greenlit for sunscreen production, two ingredients — tromaline aline salicylate and PABA — are no longer recognized as safe. Health officers are collecting more data to determine whether others are also increasingly risky.

An active sunscreen ingredient known as oxybenzone has become increasingly condemned by health providers and ecologists alike, says Dr. Mark, as it’s been “noted to ruin coral reefs and have negative effects on our endocrine system,” he summarizes. “There are concerns that oxybenzone, when absorbed in humans, may have possible effects on the endocrine system,” says Dr. Cohen. But it’s important to note that benzene and oxybenzone are not the same. Unlike benzene, oxybenzone is an FDA-approved sunscreen active chemical ingredient and shouldn’t be confused with any other chemical agent.

So what sunscreens are safe?

Officials have previously indicated that zinc oxide and titanium dioxide are two of the safest and most effective sunscreens you can choose today. As Dr. Mark explains, these kinds of “natural” sunscreens are considered mineral-based physical sun blockers, which sit atop the skin and physically deviate harmful UV rays.

Ultimately, it’s best to use a sunscreen lotion or spray you enjoy rather than none at all. It’s expected that officials at the FDA will soon overhaul the way it oversees sunscreen safety here in the U.S. Checking the list of implicated sunscreens is one step toward making sure your bottle of choice isn’t weighing you down with potential risks for long-term use.

Here’s where you can view a full list of sunscreens that did not test positive for benzene contamination within Valisure’s study.