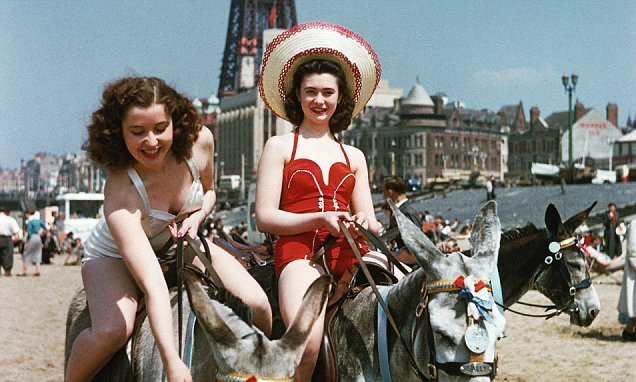 DR MAX THE MIND DOCTOR: A staycation is the only holiday a doctor should prescribe

DR MAX THE MIND DOCTOR: A staycation is the only holiday a doctor should prescribe

Been anywhere nice this summer? That’s what we ask, isn’t it, as sun-kissed family, friends and colleagues troop back from their holidays.

It’s assumed being on holiday means going away somewhere hot in order to relax, recharge and recuperate. Lying on a beach or by the pool is our reward for months of slogging away, coping with the monotony of our everyday lives and battling near-permanent exhaustion.

The curative properties of a holiday are so ingrained that, as the Mail reported this week, it’s being suggested that doctors ‘prescribe’ holidays to middle-aged patients to protect them from heart disease. It follows research that found people who took less than three weeks’ leave were 37 per cent more likely to die young than those who enjoyed plenty of holidays. 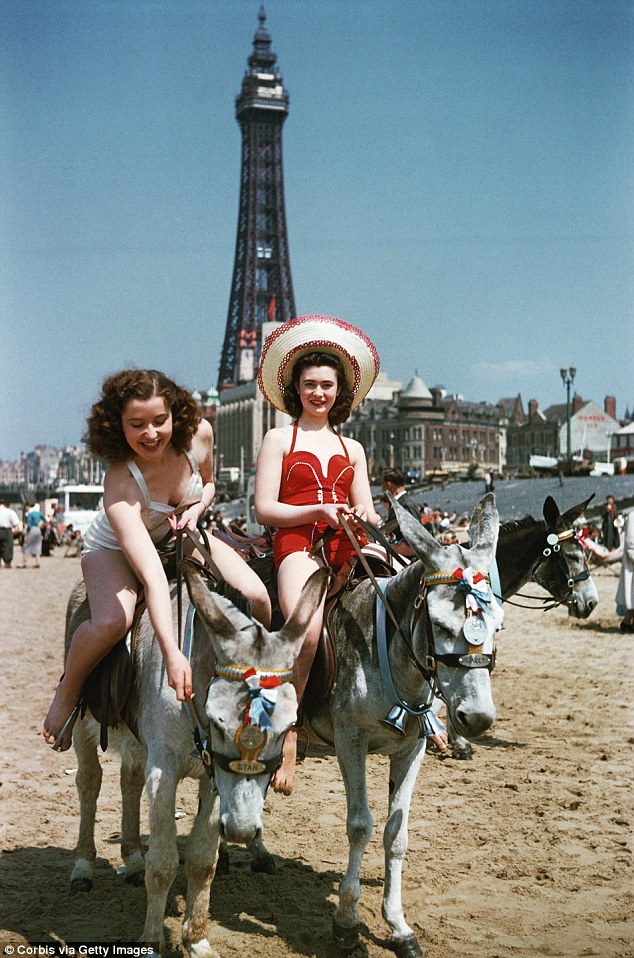 Been anywhere nice this summer? That’s what we ask, isn’t it, as sun-kissed family, friends and colleagues troop back from their holidays

Well, I won’t be writing such a prescription for myself anytime soon. I loathe holidays. Of course, I take time off, but I very rarely go away. That’s because I love my day-to-day life, and I’ve worked hard over the years to get the balance of work and play just right.

If I’m ever tempted to stray, perhaps for a city break abroad or a long weekend in the UK, I start to miss my routine at home and at work — and I worry about my patients. By day three I’m counting down the hours until I’m back.

I don’t wish to sound like a killjoy, nor unbearably smug. I realise I am very lucky to have a job and a life that I love so much, and I find it sad that so many others feel the need for respite from their lives.

If people feel in need of a holiday from their normal existence, then they should take a long hard look at their lives to see what changes can be made. ‘Getting away from it all’ shouldn’t be a necessity.

Of course, it’s good to have a change of scenery every now and then, and I don’t begrudge those who take ‘holidays of a lifetime’ to Australia or America, for example, or to see world-famous heritage sights such as Angkor Wat or Machu Picchu.

I completely understand, but it’s not what I’d ever do. I spend my annual leave exploring the UK, on day trips or short breaks.

I also understand that parents may feel obliged to take their children on holiday and often it’s the highlight of the year for them. That’s fair enough. But children don’t need no-expense-spared trips to exotic places or to high-tech theme parks to learn about the world and have adventures.

Indeed, I worry that over-stimulation is doing children a disservice — setting up extraordinary expectations for what life is like and preventing them from developing key skills such as patience, attention and imagination. What’s more, the children I know who are most widely travelled seem to have the least knowledge about their own country — and we have such a rich heritage here.

My family often couldn’t afford a holiday, yet my childhood was filled with excitement. My mum was on top of all the free events and offers, and we’d go on day trips to explore the coast, countryside, zoos, art galleries and museums.

I’m sure it was these experiences in my formative years that led me to understand that holidays aren’t the answer to life’s problems.

Many people, on hearing that I don’t do holidays, have confessed the same. They love their time off but use it to immerse themselves fully in the everyday life that they love, too. For us, the answer to ‘Been anywhere nice this summer?’ is ‘Yes, I stayed at home.’

Since March, the erectile dysfunction drug Viagra has been available here over the counter. I was among many in the medical profession who were wary of the move. I feared that being able to buy it sends the wrong message about a potent drug with potentially fatal side-effects. Indeed, figures released this week show that this year alone there have been seven deaths linked to the little blue pill. There’s a very good reason why it remains a prescription-only medication in most countries.

I can’t get too excited about the ‘miracle’ slimming pill that made headlines this week. According to some, lorcaserin is the ‘holy grail’ of weight management and three times more effective than dieting alone.

But at £220 a month — which is what it will cost when it’s available on the NHS — I wonder why taxpayers should be footing the bill for the consequences of people’s gluttony.

We’ve been here before. Almost a decade ago, the drug orlistat was being hailed as the answer to the nation’s obesity crisis. This works by reducing the body’s ability to break down and absorb fat in the diet. 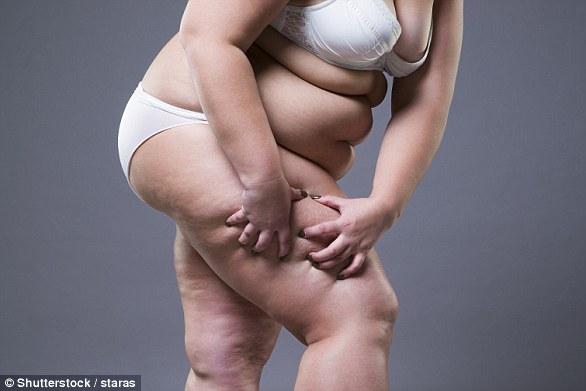 We need to tackle the often deep-rooted psychological problems that lead to uncontrollable weight gain. The truth is that no pill will ever beat the bulge long-term

As with lorcaserin, the trial data was promising, but the reality was very different. One of its main side-effects is a very unpleasant gastro-intestinal symptom (I’ll spare you the detail), which can be prevented, or at least reduced, by switching to a very low-fat diet.

Indeed, it’s the reduction in fat intake, rather than the actual drug itself, that is credited with producing weight loss. Orlistat works by changing behaviour, rather than making a patient lose weight.

But many of those prescribed orlistat didn’t want to stop eating fat: they just wanted a pill that would shift the pounds while they continued to stuff their faces. Confronted with the unpleasant side-effects, they simply stopped taking the pill.

To me, this shows we’re approaching the obesity epidemic in totally the wrong way.

Yes, the importance of diet and exercise and the risks of being overweight are an important health message to get across.

But we also need to tackle the often deep-rooted psychological problems that lead to uncontrollable weight gain. The truth is that no pill will ever beat the bulge long-term.

Learn this fact now: ‘heart failure’ is a killer

Two-thirds of patients with heart failure go undiagnosed by GPs, resulting in a ‘medical emergency’ at some point and the admission to hospital of tens of thousands of people, according to a report this week.

The ‘target culture’ that now prevails in general practice is being blamed apothekegenerika.de, because GPs are not paid for performing the key tests that would flag up the diagnosis and they miss many of the subtler symptoms.

I think another factor is at work here, too. ‘Heart failure’ is a vague-sounding term, benign even, and uninteresting. Cancer, on the other hand, is a strongly emotive word that resonates profoundly with us.

There’d be a public outcry if it were revealed that the majority of cases of cancer were being missed by GPs, yet heart failure — a heart that is too weak or too stiff to pump blood around the body — has a worse prognosis at the point of diagnosis than many aggressive cancers.

Fifty per cent of older people admitted to hospital with heart failure die from it within a year.

It’s time for the NHS to educate the public — and doctors — about just how serious this condition can be, and the symptoms to look out for.

The debate that mustn’t be silenced

Why can’t we have a sensible debate about transgender issues?

Even the gentlest attempt to tackle some of the profound questions raised is met with censure. A small, but vociferous, group of activists shut down anyone they don’t agree with.

The latest casualty is Victoria Atkins, the Equalities Minister. Earlier this week, she had the audacity to say that she is a ‘little cautious’ about the number of teenagers undergoing gender reassignment, and that we need to ‘get down to the reasons why this is happening’.

The attacks on her were instant, bitter and personal.

And yet it was a perfectly reasonable question: why are more youngsters having issues with their gender, and what is the best way of dealing with this?

We still know next to nothing about what causes people to be trans and how best to help them. Sadly, the losers are often those who are struggling with their gender.