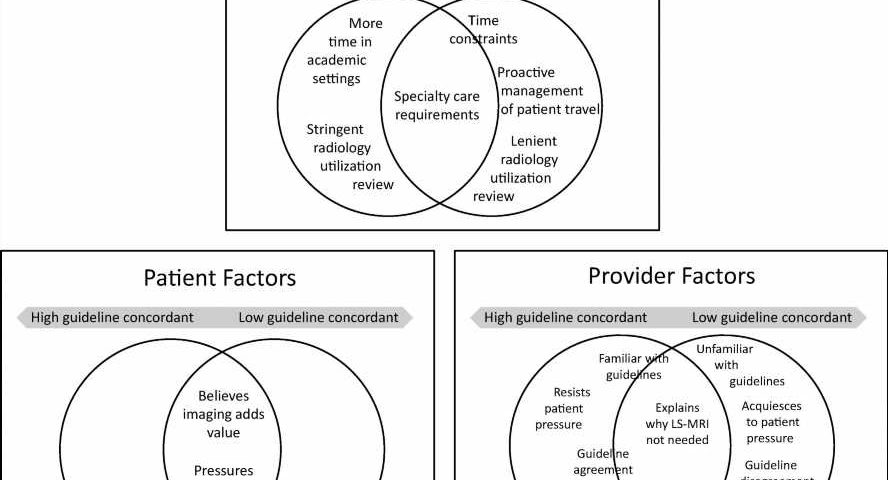 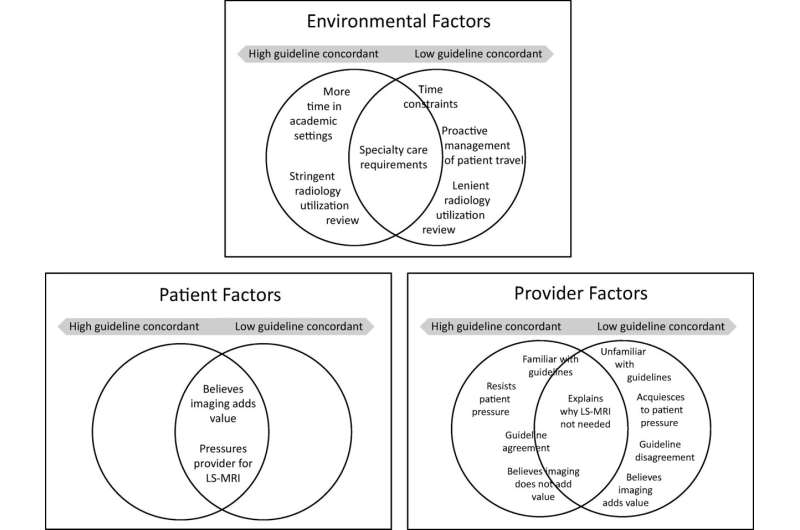 Paradoxical maybe, but it’s what often happens in the health services: When you ask for an MRI to be on the safe side, your uncertainty increases, says Bjørn Hoffman, a professor at the Department of Health Sciences at the Norwegian University of Science and Technology, Gjøvik.

Imagine that you contact your GP because you have back pain. You want to have your back examined and so you request an MRI. The GP knows that if the pain has lasted less than four to six weeks and you are not experiencing certain warning symptoms, then sending you for an MRI will be of little help.

But you think it has to be better to know than not to know and push to have the MRI. The GP wants to be helpful and agrees to an MRI referral. You go in for your appointment a few weeks later, and after a few days you hear back.

The MRI results show that you have several herniated discs in your back. It is unclear whether they have anything to do with your current pain or are old prolapses.

Yet you still think that this finding might be a possible cause of the pain, and you read up on prolapses. Could surgery help? You ask your GP whether you should be referred to an orthopedist for assessment. The GP says there’s no good reason to do that, but you’re not sure what the best option is—your back really hurts and you’re even more unsure than you were before you had the MRI.

Should you have surgery? Would an operation be successful—and what are the risks?

This is just one example of how we can become more uncertain by trying to reduce uncertainty. In the case above, the MRI generated a (random) finding of ambiguous significance.

In other words, you discover something else than what you are actually looking for, which might or might not be important for your health. The chosen action increases your uncertainty instead of reducing it. In this case it would probably have been better to listen to the GP and to try other measures to reduce the pain before getting an MRI.

No test is perfect

A test—whether an imaging or blood test—that yields an incorrect result is another example of increasing your uncertainty when you try to reduce it is. Tests aren’t perfect. They can be wrong. The test result might indicate that you have a disease even if you don’t, generating what is called a false positive test result.

The test could also indicate that you do not have the disease even if you do, yielding a false-negative test result. In the latter case, you get a false sense of security and can lose valuable time and potentially receive a worse prognosis.

In the case of a false-positive result, you might be referred for several new, often unnecessary tests and/or treatments, which can be both troublesome and harmful.

The less accurate the test, the more false test results they are likely to generate. Inaccurate tests give unclear answers.

This uncertainty increases if there is little reason to take a test, for example if it is taken “just to be on the safe side.” In other cases, the same test (such as the MRI example above) would be of great help and provide much clearer answers.

If the pain is due to a recent injury, or if you experience symptoms such as difficulty urinating, signs of nerve damage and/or a high fever, an MRI can reduce the uncertainty.

Your doctor can help you assess these symptoms. You will then be better able to trust the answer and any screening will serve a useful purpose.

Predicting the future—is the test useful?

It may seem strange that the same test in some cases leads to increased uncertainty, while in other cases it proves useful. This discrepancy is because certain symptoms give the doctor a clue as to where the source of the pain and the degree of severity.

The pattern of a patient’s symptoms also comes into play when interpreting the meaning of the test results. Do the symptoms match what you see in the image? For people who have “warning symptoms”, the probability is greater that they actually have an identifiable disease, something that is very rare for people who do not have such symptoms.

GPs have an important task in predicting whether a screening test will be useful or just lead to more uncertainty. They will assess how likely you have a disease and how likely the test will provide an answer to what you are wondering.

A test that confirms an already high probability of illness will be more reliable than if you do not suspect illness. In other words, looking for a needle in a pile of needles has a greater likelihood of actually finding a needle than looking in a haystack, where what looks like a needle may just be a straw. Professionals would say that high prevalence yields positive predictive value.

How good a test is therefore depends not only on its accuracy, but also on how great the prevalence of a certain condition is in the group being examined. The symptoms determine which group you belong to, as illustrated in the following example (see attachment).

A given test is therefore not equally good for all purposes. If you have warning symptoms, the test can reduce uncertainty. If you don’t, the uncertainty might increase because the chance of the test results being wrong is greater.

In order for a test to reduce uncertainty, there must be reason to believe that you are ill and what might be wrong. The general practitioner’s strength lies in assessing how likely it is that you have a disease, often referred to as pre-test probability.

A third and final way in which a medical test can increase our uncertainty is through overdiagnosis. This happens when we discover conditions that would not cause symptoms or disease if they remained undetected—that is, conditions we die with but not from.

This situation may expose you to unnecessary fear, further testing and demanding treatments. People might become ill who would otherwise never have noticed the disease in the first place. We tend to think that detecting conditions early is wise so that we can intervene quickly and prevent serious illness.

This is of course true in many cases, but—not infrequently—we discover precursors to disease that do not develop further. We then end up treating conditions completely unnecessarily. Overdiagnosis leads to overtreatment.

How to screen without increasing uncertainty?

We thus have presented three ways in which uncertainty can increase when we try to reduce it through various medical screening or diagnostic tests.

We can therefore do several things to avoid increasing uncertainty when we want to reduce it. The most important action is to discuss with your doctor whether you really need a certain test, what its consequences are and what could happen if you do not take it. What options do you have?

You should keep three things in mind:

Testing “just to be on the safe side” can increase your uncertainty—and cause harm. Talk to your doctor about what is right for you.