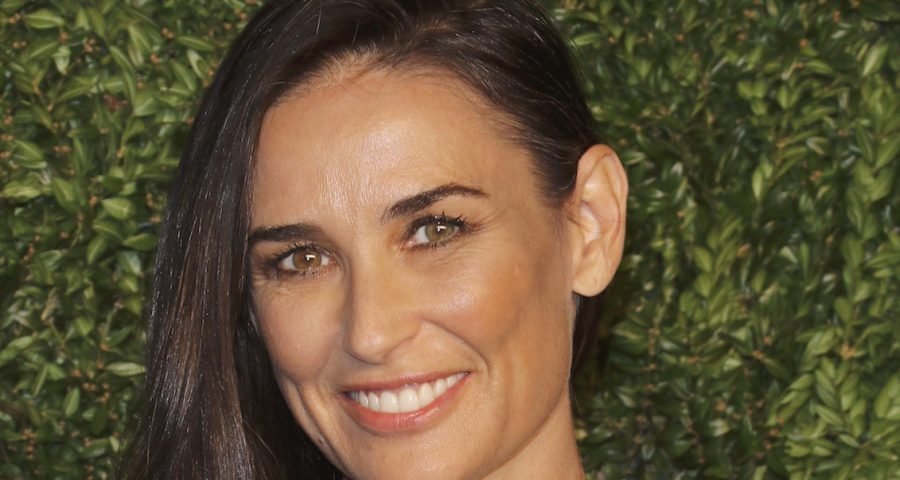 When talk show host Jimmy Fallon isn’t busy busting moves in Lip Sync battles, or cataloguing the history of rap, he manages to squeeze in a few celebrity interviews.

And when actress Demi Moore stopped by “The Tonight Show With Jimmy Fallon,” she took the opportunity make a surprising admission.

Fallon flashed the audience a photograph of Moore missing her front tooth, which she revealed was missing due to stress.

“I’d love to say it was skateboarding or something really kind of cool, but I think it’s something that’s important to share because I think it’s literally, probably after heart disease, one of the biggest killers in America, which is stress,” she said.

“Stress sheared off my front tooth. But, in an effort to get ready for you, I wanted to make sure my teeth were in.”

The 54-year-old actress recounted that her other front tooth was also recently removed.

“It was almost like it fell out and my warranty was up. I swear!” she said. “Thank God for modern dentistry. All of you who go out and practice modern dentistry — thank God!”

In public, Moore slips on a pair of dentures. But she added that her children, Rumer, 28, Scout, 25, and Tallulah, 23, “love seeing me without my teeth”.

“They think it makes me look more vulnerable and more human,” she said.

Watch her interview in full here: