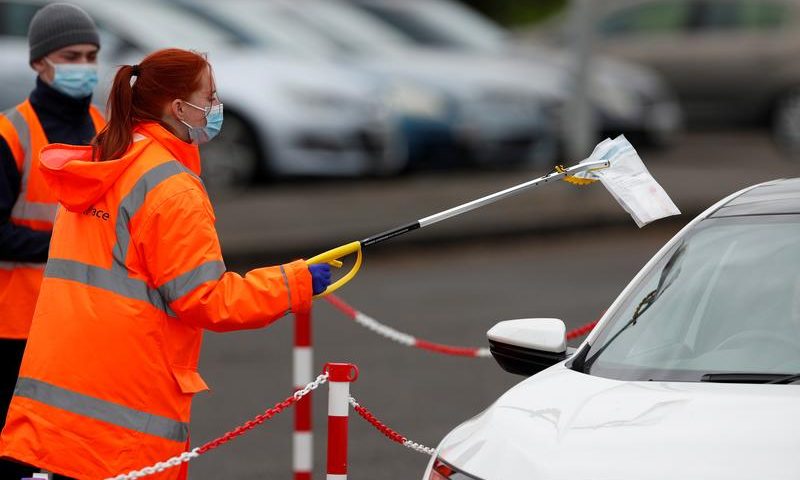 FILE PHOTO: Staff collect PCR tests for the coronavirus disease (COVID-19) from members of the public, who have done a test in their own car, at a mobile testing unit at Oasis Beach Swimming Pool in Bedford, Britain May 25, 2021. REUTERS/Paul Childs

LONDON (Reuters) – The Delta coronavirus variant of concern, first identified in India, is believed to be 60% more transmissible than the Alpha variant which was previously dominant in Britain, a prominent UK epidemiologist said on Wednesday.

“Last week, we had evidence that the Delta variant had something between 30 to 100% transmission advantage over the Alpha variant… And that’s firmed up we think 60% is probably the best estimate,” Neil Ferguson of Imperial College London told reporters.