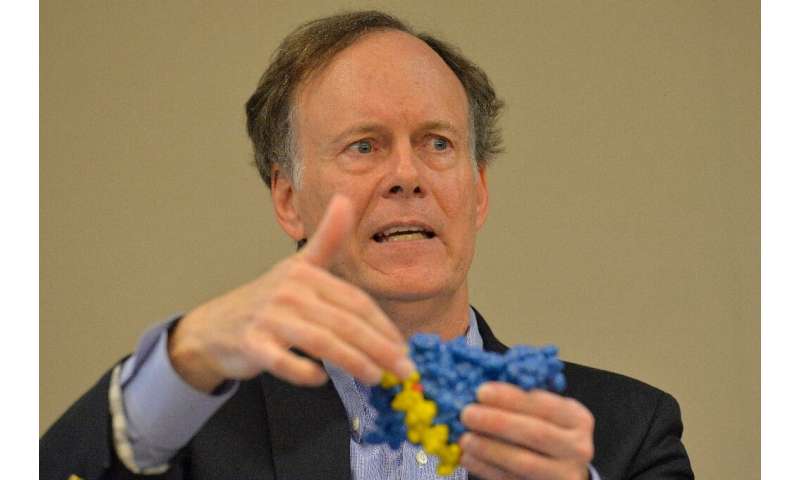 When US scientist William Kaelin’s phone began ringing at 5:00 am, he wasn’t sure whether he was dreaming: Winning the Nobel Medicine Prize had long been a goal, but he also thought it was a long shot.

He then noticed the caller ID was from Europe, “And at that point my heart started racing,” the 61-year-old told AFP in an interview.

Kaelin, who runs a laboratory at Dana-Farber Cancer Institute in Boston and is a professor at Harvard Medical School, was honored Monday along with fellow American Gregg Semenza and Britain’s Peter Ratcliffe for their research on how cells sense and adapt to changing oxygen levels.

Their pioneering work, carried out in the 1990s and early 2000s, has opened up new strategies to fight diseases from cancer to anemia.

Kaelin said it would be a lie to say he had never dreamt of winning the prize, but “you try not to let it distort your daily life significantly,” and he went to bed at a normal time Sunday night, tempering his hopes, as he had done for many years on the eve of Nobel week.

Semenza on the other hand missed the first first pre-dawn call from the Swedish academy, and waited several anxious minutes by the phone, answering it second time around.

“I was in a daze,” he said, adding he had not been expecting the honor but had since celebrated with champagne.

At the heart of the trio’s research is how the body registers and responds to oxygen, which supports life as we know it on Earth.

Scientists have long known that climbing to high altitudes spurs production of the hormone erythropoietin (EPO), which in turn leads to more red blood cells, to help compensate for lower oxygen levels.

Semenza and Ratcliffe dug into how this gene worked on a cellular level, with the former publishing breakthrough work on the subject 1995.

Kaelin came to the same subject from a different direction, through his investigations into von Hippel-Lindau’s disease (VHL disease). 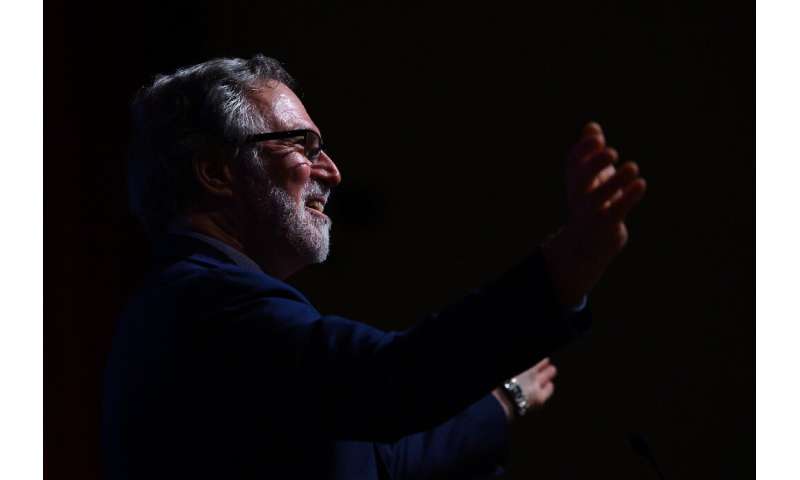 Individuals who inherit this rare condition develop tumors that over produce the distress signal associated with hypoxia—making it a prime candidate to study the body’s oxygen-regulation tools.

The three scientists did not directly collaborate, but read each others’ papers and met and shared ideas at conferences.

By better understanding these pathways, scientists can devise drugs to fight disease.

In the case of someone who had anemia or a heart attack, the idea would be to spur EPO production and thereby boost the formation of blood cells and vessels. China approved such a drug for anemia last year.

For cancers, on the other hand, trials for drugs that interrupt this process and thus short-circuit tumors are now underway.

For Kaelin, the breakthrough highlighted the importance of basic research—that is, work aimed at deepening understanding of natural phenomena and driven by scientists’ curiosity.

“Here I am as a cancer biologist helping to contribute to a new drug for hematological condition, namely anemia,” he said, adding he hoped to use his voice to advocate for sufficient funding for such science.

“I think that’s the way real science works, it doesn’t work by putting blinders on people and trying to make believe they’re working on an engineering problem when they’re really working on a scientific problem.”

That was echoed by Semenza, who told AFP: “We do know that a lot of the really novel discoveries in terms of therapies come from unexpected turns in projects that started in very basic research.”

“We made the discoveries when we were young, but we get recognized when we’re old,” the 63-year-old director of the Vascular Research Program at the Johns Hopkins Institute for Cell Engineering added.

Kaelin said he was accepting his prize partly on behalf of his late wife Carolyn, a breast cancer surgeon who died from a brain tumor in 2015.