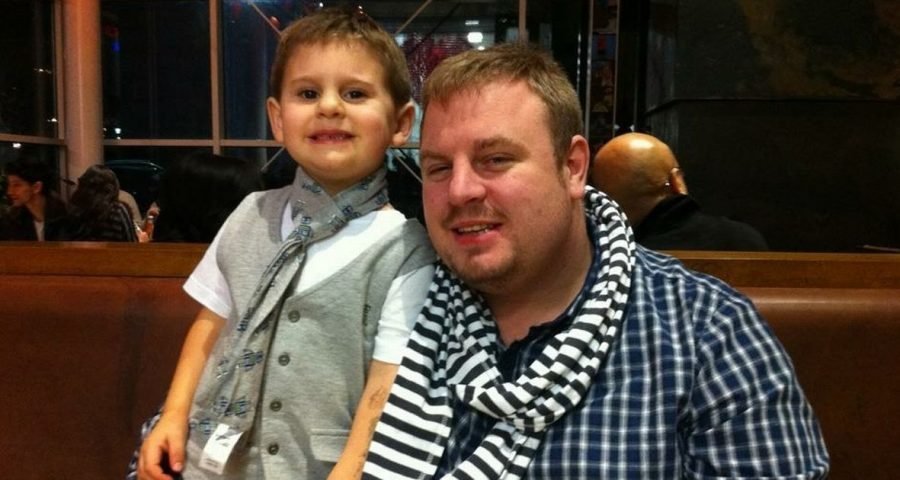 Mark Johnson knew he was overweight, but it wasn’t until he saw a video of himself jumping in the swimming pool he decided he needed to do something about it.

The dad-of-two was enjoying a holiday in Mexico with friends in 2012 when a drinking game challenge really made it hit home.

He said: "I wouldn’t really take my top off on holiday because I was self-conscious. I jumped into the pool whilst on holiday and swam to the other side as part of a drinking game run by holiday reps out there.

"My friend filmed it – when I saw the video I was shocked.

"I was massive and looked like I could hardly run to jump, let alone swim."

When he got home he decided something had to change and tried a jelly and milk diet as a quick fit.

It didn’t work and he was soon back on the junk food, and his unhealthy eating spiralled again when his marriage broke down in 2013 despite taking up rugby.

He said: "I’d pile everything back on that I lost over the weekend – my backs and knees would ache for days."

But it wasn’t until his kids Lilly, 11 and Michael, 9 joked about his "bum-shaped belly" that he knew it was time to start taking it seriously.

"After doing some research, it was apparent that their guides had helped others lose weight and keep it off.

"I couldn’t afford to hire a PT and thought why not give it a shot for a small one-off investment."

As well as the exercise, Mark, who works in customer services for a health care company, completely changed his diet.

He said: "I’ve learnt how to track my nutrition relative to my goals and no longer feel guilty enjoying the odd kebab – there really are no good or bad foods, it’s about just finding the balance."

What he ate before the diet change

Breakfast – Either a big bowl of cereal, a full fry-up or a McDonald’s

Lunch – Either a big bowl of leftover pasta or a sandwich, fizzy drink and crisps

What he eats now

Breakfast – Either poached eggs on toast with avocado, porridge or overnight oats

Lunch – He now preps a lunch to take into work every day, normally chicken and rice or pasta and vegetables

Dinner – In the evenings he now has fresh, homemade dinners. But he also treats himself to a pizza or kebab every now and again

He’s lost an incredible seven stone, which is equal to a foot off his waistline.

He does weight training four times a week and does one of two cardio sessions if needed.

He’s now living with his new girlfriend Nicola, who says he’s the happiest he’s been since they met.