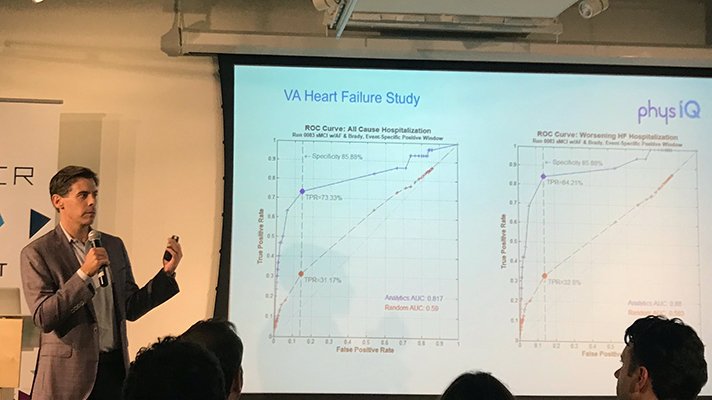 CHICAGO – Healthcare focused startups and government agencies got together in the same room here for HHS Startup Day and each group brought some hard-earned advice for the other.

HHS conceptualized Startup Day, in fact, to break down such barriers between government and innovative upstarts. Prior to the May 24 event here, HHS held the first Startup Day in Boston, and outgoing HHS CTO Bruce Greenstein said others will follow in Indianapolis, Seattle, Nashville, Tenn., and Charlotte, N.C. HIMSS Healthbox helped arrange the Chicago event, which was held at the incubator Matter, according to HIMSS Executive Vice President Neil Patel.

At the Chicago event, Simcox invited startups to contact him directly and he said the Centers for Medicare and Medicaid Services, the Office of the National Coordinator for Health IT and the U.S. Food and Drug Administration all have innovation leads of their own as well.

Simcox explained that emerging companies should focus on federal priorities, notably the opioid crisis, interoperability and new models of care management are the most likely to be successful.

ONC’s Senior Innovation Strategist Stephen Konya followed this theme stating that the government and private industry need a more effective market place and greater completion for ideas. He added that the impacts of the 21st Century Cures Act include a greater emphasis on interoperability, information blocking, and open APIs. Konya pointed to competitive cash prize awards and cooperative agreements as government’s way of nudging the industry, such as Consumer Health Data Aggregator Challenge, Secure API Server Showdown Challenge and the Blockchain Ideation Challenge.

HHS, ONC, FDA and others are already proactively holding developer challenges and other contests to find digital health tools and apps that address very specific problems.

The FDA on May 30, in fact, kicked off an innovation challenge to create digital health tools to address the opioid epidemic, be those medical devices, diagnostic tests or apps that can be used to detect, treat and prevent addiction or treat pain without opioids. FDA announced its program a week after ONC unveiled an $80,000 developer contest focused on patient safety called the Easy EHR Issue Reporting Challenge.  Such challenges are often the first step to engaging with HHS agencies.

As is often the case at startup events, emerging companies including Apervita, BehaveCare, Collective Medical, Livongo, PhysIQ and Redox took the stage to make their pitch to federal officials and attendees.

The innovators also had some advice for the agency leaders, of course.

Eric Heil, co-founder and CEO of BehaveCare, urged CMS to enable startups like his to work with payers and Medicaid as s sub-capitated full risk partner. Ben Zaniello, Chief Medical Officer at Collective Medical called for greater access to outcomes data for its care coordination approach including accountable care organizations.

And Lorie Fiber, Chief Marketing Officer at Livongo emphasized the need for government to be involved in patient-facing solutions to create a “whole person approach to care” that can ultimately lead to three end-goals:  patient satisfaction, clinical outcomes, and cost savings.

“We have to make HHS easier to work with, easier to understand and more transparent,” Patel said, careful to acknowledge that he was, in fact, quoting HHS CTO Greenstein. “That’s why we created Startup Day.”