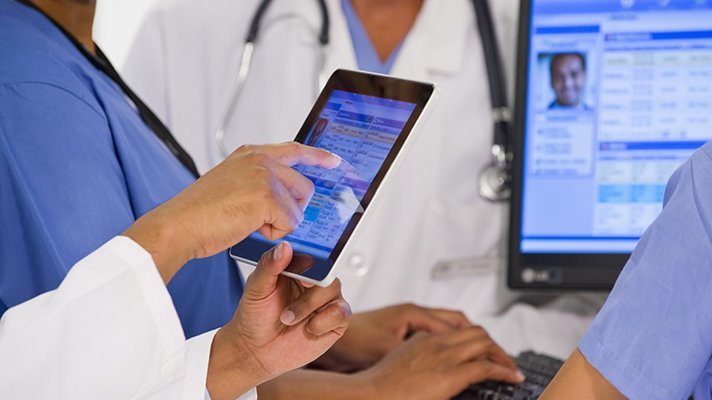 May might be the month for flowers but hospitals and other healthcare organizations have hardly slowed down to smell them if EHR implementations and interoperability work are any indication.

Instead, it’s been another busy one, not altogether unlike April before it.

The biggest event, of course, came when the U.S. Department of Veterans Affairs, after much delay and the public firing via Twitter of Secretary David Shulkin, MD, officially signed the modernization contract with Cerner.

VA inked that pact as Cerner’s work with the Defense Department came under fire from an audit report for being “not operationally suitable,” after which Cerner President Zane Burke responded by suggesting that was fake news possibly.

VA and DoD are two giant EHR customers but they’re not the only ones making the rounds this month.

Capital Region Medical Center in Jefferson City, Missouri singed up with Cerner to tap its Millennium EHR as well as revenue cycle management software and other tools, as did Columbus Regional Healthcare System in Whiteville, North Carolina and Indiana Family and Social Services Administration.

A new reality also came to light in May: EHR interoperability gets all the attention but lacking information exchange also makes rev cycle work more difficult.

More than 75 percent of respondents to a HIMSS Analytics study, in fact, said the biggest revenue cycle management challenge they face is denied claims and disparate systems are among the reasons why.

Make no mistake, though, disparate EHR systems are also causing issues all their own, notably the fact that the average hospital runs 16 distinct ones as these three charts demonstrate.

So it’s no surprise that KLAS Research found the EHR market in flux within its latest marketshare report, and pointed specifically to smaller hospitals seeking new technologies hosted in the cloud.

Holzer Medical Center in Jackson, Ohio, for instance, revealed plans to switch from Allscripts to athenahealth in late May or early June for EMR and other cloud-based services.

Allscripts, for its part, announced that is acquiring HealthGrid at a cost of $60 million plus another $50 million in potential earn-out payments for its mobile patient engagement platform. And athenahealth’s ongoing takeover bid from activist investor Elliott Management saw its plot thicken as Janus Henderson Group, which owns 11.9 percent of the EHR maker’s stock, publicly encouraged athena’s board to consider a sale.

Indeed, all signs of a market in flux. On the higher-end, Kalorama determined that Cerner has more than double the marketshare of rival Epic.

Back on the interoperability and patient safety fronts, HIMSS posted a new free tool called the Environmental Scan of Interoperability Initiatives that hospitals (or anyone for that matter) can use to better understand connectivity options provided Epic’s Care Everywhere, Carequality, CommonWell, the Sequoia Project and others. ONC, meanwhile, kicked off its Easy EHR Issue Reporting challenge to inspire developers to create a way for clinicians to, well, report safety issues right in the EHR workflow.

Looking ahead to the future, Allscripts, Epic and others gave us a glimpse of what their next-gen EHRs will look like so here’s a hint: automation analytics, telemedicine, genomics and more.

Finally, KLAS found what the 39 hospitals already using Apple Health Records see as being the biggest areas of impact thus far and the winner is … giving patients access to their data.

It will be interesting to see whether EHR rollouts and interoperability work continue as this pace during the typically slower summer months, or not.