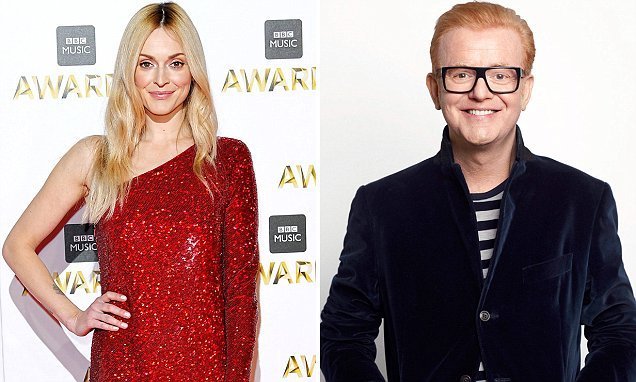 Male fertility is plunging and fatherhood is in crisis as more couples than ever fail to conceive – can The Art of Baby Making author Gerad Kite tackle the problem?

Anxious, stressed out, stretched to breaking point… and riven with worries about how they look and perform in an image-obsessed world.

Terrified that they’re in danger of fading into the background or being replaced by a ‘younger model’ at work or, more worryingly, at home.

Too tired for sex with their partner yet desperate for a baby – and seemingly unable to conceive.

These concerns may have once been the preserve of women, but I’m taking about the problems blighting my typical middle-aged male patient. Why do they come to me? Well, I am an acupuncturist with a busy practice in London.

I practice Five-Element acupuncture, which is different from the type you might be familiar with. We don’t focus on directly tackling a symptom, such as asthma or skin complaints, but on bringing the whole person into balance.

Fertility isn’t all I do, but it is something I do well – two-thirds of my patients get pregnant, compared to about 35 per cent of all those having IVF.

I’ll see a man because I’ve been treating his wife. And now, more often, of his own volition. And while the lack of a baby, despite months or even years of trying, will be the primary complaint, when I scratch the surface a more troubling picture emerges.

In my experience, it’s modern life and all the stresses and strains it creates for couples, and in particular men, that is preventing so many becoming fathers.

My waiting room used to be lined with women. When I opened up shop two decades ago, they made up 95 per cent of my clientele. Today, close to half of my new referrals are men, and that number is rising.

HOW INFERTILITY BECAME A MAN’S PROBLEM

Take John (not his real name), a 41-year-old banking executive who is a current patient. He told me he felt ‘on top of the world’ when he married his wife, who is six years his junior, and landed a promotion.

On the surface, they’re the epitome of success: the good looks, the cars, the holidays, the lovely house in a desirable part of town. But – and this is something John is unable to admit to even his friends – he and his wife cannot conceive. ‘It’s my swimmers,’ he told me forlornly after tests revealed his low sperm count.

But there was seemingly no explanation for the problem. He had no other health issues. But I wasn’t sure things were quite as rosy as John believed. So I start to question a little deeper, to look for a cause, and sure enough…

Could it be his crushing 50-hour working week and that nagging fear that he’ll soon be stepped over by the junior executive snapping at his heels? The late nights, early starts, the weight gain and the furious gym sessions he hopes will counteract that?

Maybe it was the fact he’d given up alcohol – as many men who are trying for a baby do – only to end up having one too many with friends at the weekend?

According to the Five-Element approach, people stop caring for themselves like this because something fundamental is off kilter.

Once we’ve discovered this ‘cause’ we can take steps to bring the body, mind and spirit back into balance. The figures are well known: the average sperm count has nosedived by 52 per cent in the past 40 years. Scientists seem to be in the dark as to why.

Men are also leaving fatherhood later than ever. Four decades ago, the average age of a first-time dad was 27. Now he’s 31. One in ten are older than 40, and one in 100 are over 50. The result? Well, one in six couples – about 3.5 million people – are now affected by infertility.

Very often, after medical tests fail to find anything physically wrong, the cause is simply given as ‘unexplained’. But I believe that it is a symptom of a wider problem facing men: mental health issues, stress and burn-out. They are always measuring themselves against the perfect lives they see on social media. Some are simply addicted to work. These life problems might seem like side issues to fertility but they are not. Natural selection is there for a reason – to ensure that we do not procreate in times of danger and stress.

If modern life is costing men their physical, mental and spiritual health, Mother Nature will ensure all their energy is focused on their own survival, not procreation. In my clinic I see patients who are wealthy, successful and ambitious but who cannot get their wife or girlfriend pregnant.

They are men who thrive on adrenaline at work and push through the tiredness of a couple of hours snatched sleep with a cocktail of coffee, pastries and chocolate bars, and a drink at the end of the day to relax.

But the cost is low-quality sperm. For optimal fertility the body needs balance. And that is where acupuncture comes in.

Radio 1 DJ Greg James, who is just about to take over the station’s Breakfast Show, is a long-term fan of treatment with me. He is not trying to become a father but he wants to be the best man he can be.

Another of my clients is Ed O’Brien of Radiohead who has acupuncture as a way of maintaining his body’s balance as he navigates life at the very top of the music industry and life at home with his wife and two children. Chris Evans is another client, and Fearne Cotton has recommended me to her male friends and family members.

They understand it is not girly to want to look after yourself.

Rather than focus on the tangible problem such as tiredness, which gives a man permission to come through our door, or address symptoms like eczema or irritable bowel syndrome, we look at the bigger picture. Our approach is to ask men who they are and what they really want. And then we use acupuncture to stimulate their body’s own powers of healing.

JUST DON’T CALL IT THE MANOPAUSE

‘Not tonight dear, I’ve got a headache’ was a woman’s excuse for turning down sex, according to stereotype. But it’s not true. In fact, a recent major study suggested men were just as likely to go off sex as women.

This midlife male crisis has been nicknamed the ‘manopause’ but that makes me cringe – not just because it undermines the very real menopause that women experience but because most of what happens to middle-aged men is self-sabotage.

It can be a very lonely time. But it is not a male menopause – it is about lifestyle choices and belief systems.

And I will step over a line here and say that with acupuncture and lifestyle changes, I would put money on most men being able to get their partner pregnant. Eventually.

Today is Father’s Day and we are looking at a generation of men of whom many – too many – are struggling to become fathers.

That’s the tragedy of our time. But it does not have to be.

My top ten tips for rejuvenating your libido

It may seem obvious but one of the main reasons people struggle to conceive is because they’re not having enough sex. Conception is a numbers game and you need to be doing it every other day. Talk together about how to make that work.

If you are exhausted, you’re not going to be up for much. Go to bed at 10.30pm at the latest and observe good ‘sleep hygiene’ – no books, TV and computers. The bedroom is for sex and sleep only.

Contrary to popular belief, the odd drink is not a fertility sin. A glass of wine or a pint of beer a day is within recommended limits. Avoid the sperm-destroying pattern of total abstinence and occasional binges. And make sure you stay hydrated by drinking two litres of water a day.

Googling the subject of male fertility may throw up endless recommendations for supplements, pills and potions, but I simply suggest a healthy balanced diet – and don’t skip meals, especially breakfast. Avoid too many refined carbs such as bread, pasta, rice, pastries, pies and chocolate bars.

Men who are overweight have lower sperm counts and poorer quality sperm than those who are a healthy weight, according to studies. And obese fathers may also pass on unhealthy genes to their offspring. So if you need to, lose weight.

Wear boxer shorts rather than briefs – and sleep nude. Doing so means 25 per cent lower levels of damaged DNA in sperm compared with those who wear tight pants at night and during the day, according to a trial. Cooler underpants preserves reproductive cells.

Analysis of smokers’ semen reveals trace elements from tobacco that lowered sperm count and movement, and damaged their DNA.

Studies have shown that regularly taking ibuprofen has a direct impact on sperm quality. Other medications can also have a detrimental effect. Speak to your GP about this.

Some studies suggest sperm levels of men who kept their phones in their pocket during the day were seriously affected – the electromagnetic heat that phones generate was to blame. Stick your mobile in your bag.

Half an hour of jogging three times a week can boost sperm count, according to one study. More intense and longer sessions did not have the same positive effect. Cycling can lower sperm quality, due to the position on the saddle in relation to the semen-producing prostate.