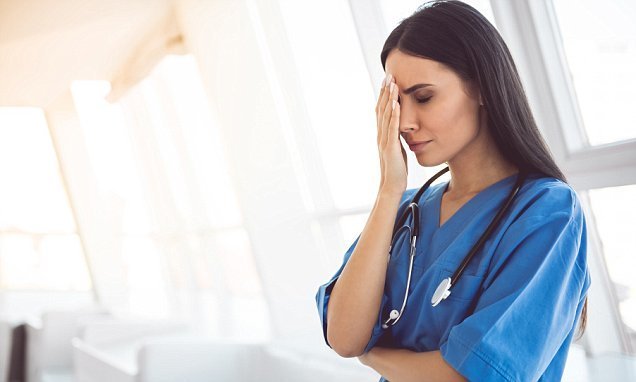 Britain may shortly face another Mid Staffs hospital scandal, according to the leader of the Royal College of Nursing.

Janet Davies warns nursing shortages are as bad as they were during the crisis, adding the number of vacancies has reached a ‘critical’ stage.

Up to 1,200 patients died as a result of poor care between January 2005 and March 2009 at Stafford hospital, which is run by the Mid Staffordshire NHS hospital trust.

A report into the incident claimed it occurred due to ‘a chronic shortage of staff, particularly nursing staff’.

It is often described as the worst hospital-care scandal of recent times.

In January this year, Ms Davies said the NHS is ‘haemorrhaging’ nurses after 33,000 quit in one year.

One in 10 nurses are leaving their position in England every 12 months, which is enough to staff more than 20 hospitals and means quitters outnumbered joiners by 3,000 last year.

Scroll down for video 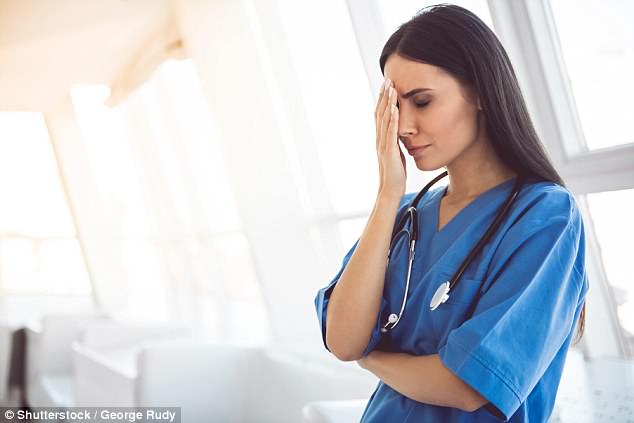 WHAT WAS THE MID STAFFS HOSPITAL SCANDAL?

Up to 1,200 patients died as a result of poor care between January 2005 and March 2009 at Stafford hospital, which is run by the Mid Staffordshire NHS hospital trust.

It is often described as the worst hospital-care scandal of recent times.

The hospital’s board is thought to have cut staff to save £10 million between 2006 and 2007 in order to gain foundation trust status.

How were patients treated?

A public inquiry into the scandal revealed patients went without pain relief, were left unwashed for a month, had food placed out of their reach and were left sitting in soiled sheets for hours.

Families were forced to clean some patients’ dressings and wounds to reduce their risk of infection.

Many patients were sent home too soon or misdiagnosed.

A report stated ‘a chronic shortage of staff, particularly nursing staff’ was to blame.

Morale was also low, with many staff reportedly showing a disregard for patient welfare.

How did it come to light?

The scandal came to light when the Healthcare Commission became aware of the hospital’s unusually high death rates in mid 2007.

At the time, the hospital blamed the deaths on ‘coding errors’.

A full public inquiry was commissioned in June 2010, after the previous Labour Government refused persistent requests from the relatives of victims to hold such an analysis.

‘We are in a really, really difficult position’

Ms Davies told the Nursing Times: ‘The number of vacancies and the increase in demand is critical, and we are in a really, really difficult position.

‘Not having enough staff to the job that you should be doing is the one thing that really pushes nurses out of the profession.

‘It is the biggest issue for nurses’.

She noted that the Mid Staffs crisis was due to a deliberate cut in staffing numbers rather than a fall in nursing applicants.

In an attempt to counteract the problem, Ms Davies said the RCN will not give up on efforts to have the Government offer nursing grants.

Bursaries were scrapped in 2017, requiring nurses and midwives pay £9,000 a year in fees.

Ms Davies would also like to see more funds being invested into nursing recruitment rather than filling apprenticeships.

Nurses leaving the profession are up by 20 per cent since 2012-to-2013, which adds extra pressure to already strained hospitals and requires staff be pulled off special research projects to help out.

Of those quitting, more than half are under 40, with many citing stress and rising workloads for being behind their decisions to leave.

Although the Government is increasing the number of nurse training places by 25 per cent this year, it will be three years before they graduate, with one in nine nursing positions currently being vacant.

Ms Davies claims that in order to motivate nurses to stay, they need to be paid more and offered greater support.

Mary Trevelyan left her job as a nurse at a London hospital after she was often reduced to tears at the end of her shift by the stress of her working day.

Ms Trevelyan, who only worked for the NHS for two-and-a-half years, was signed off for three months due to stress and depression, and doubts she will be able to work for the health service again.

Number of would-be nurses plunges: Numbers applying for degrees down a third in two years

The number of those applying to nursing degrees has fallen a third in two years, from 43,730 in 2016 to 29,360 today, a Royal College of Nursing report has revealed.

The college blames a Government decision to scrap grants worth £20,000 for future nurses and midwives and replace them with loans. The move was announced in 2015 and ministers claimed the money saved would pay for extra nurse training places. But the NHS is currently severely short of nurses, with approximately one in nine of all full-time posts being vacant.

Janet Davies, chief executive of the RCN, said the Government had ‘squandered’ the chance to address the crisis, adding: ‘The Government knows that when there aren’t enough nurses, patients can pay the very highest price.’ She called on ministers to ‘redouble efforts’ to attract students with fair pay and other incentives.