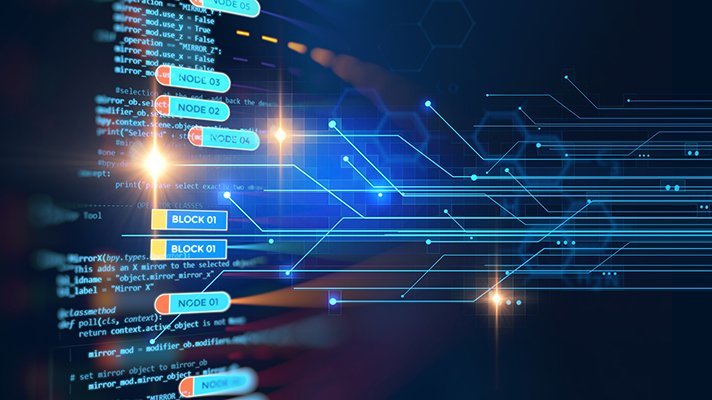 Blockchain holds big potential for overcoming issues of trust and ironing out technology wrinkles in the sharing of clinical and financial data in healthcare. While that is becoming increasingly widely discussed, it’s also true that the distributed digital ledger technology is still somewhat shrouded in mystery and has that futuristic feel about it.

There’s little questioning the road ahead will be long but new evidence is emerging that perhaps practicable uses of blockchain are closer than many health IT and security professionals currently think.

New research from Deloitte and Chilmark offer a real-world look at what’s happening in blockchain today.

“Blockchain is gaining traction, but critics who question the scalability, security, and sustainability of the technology remain,” Deloitte begins its report, Blockchain and Cybersecurity. Let’s Discuss. “Deloitte member firms across the globe are continuing to collaborate to build blockchain capabilities to develop world class solutions and services for clients.”

In its new report, Blockchain: Opportunities and Challenges in Healthcare, Chilmark Research analysts said there are various way the technology can help ease friction between stakeholders and enable new approaches to data privacy, quality and timeliness.

Specifically, researchers are intrigued by the technology's inherent ability to offer integrated, decentralized database capabilities, allowing for data exchange without the need for third-party mediation.

The opportunity for more granular identity management, immutability and proof of provenance are other appealing features that could help improve data quality and security, they said. The groundwork is already being laid for blockchain advances in other industries, and now healthcare should capitalize on some of the headway that's been made.

Deloitte noted that the interest among financial services and technology firms is so strong that in 2016 alone they collectively invested more than $1 billion and said an exponential increase is expected during the next five years.

Many of those have applications that are market-ready for 2018 but for all the quick advances that seem to be happening with blockchain so far – beyond the hype and over-promises, of which there's also plenty – Chilmark said healthcare should be prepared to ride out the technology's ongoing evolution.

There will be challenges along the way, but Chilmark said a way forward exists to where blockchain becomes much more foundational to IT systems than many might expect at this point.

"We need to view blockchain almost as an infrastructural transformation," Ranck said.

“Blockchain’s evolution has been compared to the early rising of the internet with comments and arguments of the technology’s potential to disrupt multiple industries including healthcare, public sector, energy, manufacturing and particularly financial services, where it is predicted to be the beating heart and the ultimate provider of a new industry fabric.”