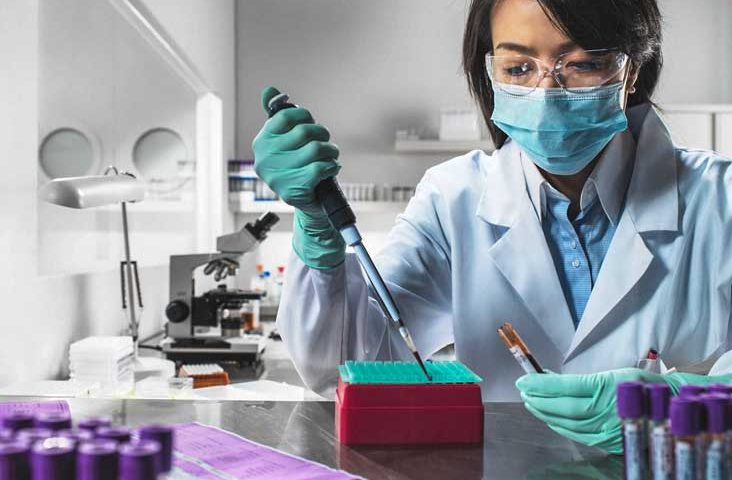 Researchers presented a test that detects “biomarkers” for pain. 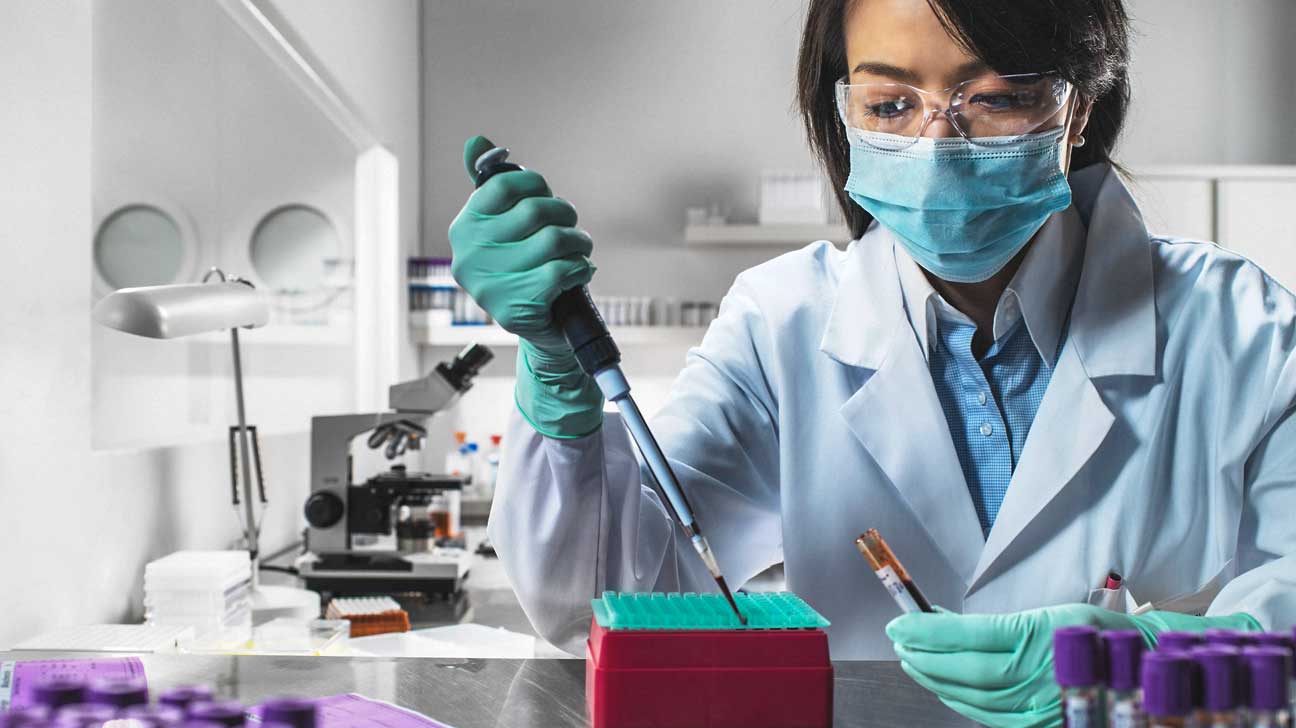 Around 100 million Americans are in pain right now.

Chronic pain impacts more people in the United States than diabetes, heart disease, and cancer combined. And its influence on quality of life is striking.

“The person goes from being active, employed, loving life, out on the weekend, playing sports, and having a good time to being at home, often out of work because they are unable to continue working,” Mark Hutchinson, PhD, a professor and neurologist at the University of Adelaide in Australia, told Healthline. “They’ve got cognitive clouding probably because of the medicines they’re on, so they’re not as much fun to be around, and they’re struggling to keep up with what they used to be able to do.”

Hutchinson says pain can lead people to withdraw from their social life and day-to-day activities. This can ultimately change their mood.

“That then means they’ve changed as a person, their friends start talking about them in a different way, and people start treating them differently,” Hutchinson said.

A new way to ID pain

Hutchinson is an expert on pain and the scientist behind a blood test aimed at identifying chronic pain using color “biomarkers.”

He hopes the test will revolutionize the diagnosis and treatment of people around the world living with chronic pain.

The test, called PainHS, uses light measurement tools known as hyperspectral imaging analysis to identify molecular structures of what pain looks like in blood cells. If released for use, it’d be the first test to find biomarkers for pain.

“We are literally quantifying the color of pain,” Hutchinson said.

“We’ve now discovered that we can use the natural color of biology to predict the severity of pain,” he continued. “What we’ve found is that persistent chronic pain has a different natural color in immune cells than in a situation where there isn’t persistent pain.”

Hutchinson presented his research at a meeting of the faculty of pain medicine of the Australian and New Zealand College of Anaesthetists earlier this month. It’s hoped the test will be a quick and cost-effective way for doctors to determine the severity of pain in their patients with migraine, cancer pain, fibromyalgia, and lower back pain.

It’ll likely take some time before this test could potentially be rolled out for patients with chronic pain. The research is still in its early stages and has yet to be published in a peer-reviewed medical journal.

Dr. Meredith Craigie, vice dean of the faculty of pain medicine of the Australian and New Zealand College of Anaesthetists, was present when Hutchinson delivered his research. She says it’s an exciting development.

“News that there is potentially a blood test would excite a lot of our patients. Pain is such a personal subject to experience, so it will be fabulous to have tests,” she told Healthline.

Craigie says many of her patients with chronic pain are frustrated at not being taken seriously or for being taken as drug seekers. She says this is partially due to the fact that as a society, “if we can’t see it, and you can’t test for it, then maybe it doesn’t exist, and maybe you’re making it up.”

“Our patients do suffer hugely from discrimination and people treating them very rudely, and that is incredibly distressing and does nothing to help manage their pain,” Craigie added.

“A test like this would help direct therapy, but it will also validate what the patient is telling us… that will then allow people experiencing chronic pain to be accepted by the mainstream medical profession, by colleagues in other disciplines, and by the community more broadly,” she said.

Who could benefit from a pain blood test

The blood test could provide insight for doctors treating patients who are nonverbal, like babies, people with dementia, or people in intensive care who can’t communicate the degree of pain they’re in.

“The advantages we really see here are for those people who can’t communicate their pain,” Hutchinson said. “Their pain states are currently estimated because they are unable to respond, and the assessment is entirely empirical. This would give those patients a voice.”

Currently, it can be quite difficult for doctors to determine the severity of a patient’s pain. Pain assessment relies on a patient’s own report of their experience, which is subjective. Things become even harder when a patient can’t communicate verbally.

“Currently, we depend upon reports from the patient, which is subject to their previous pain experiences and their emotional state, along with other factors,” Dr. Talal Khan, director of the chronic and interventional pain clinic department of anesthesiology and pain medicine at the University of Kansas Medical Center, told Healthline.

“Some more astute physicians also recognize nonverbal signals like pain postures, grimacing, and vital sign changes,” Khan said. “Of course, self-report is only possible if the subject can express themselves. So, for small children, the elderly with dementia, and animals, it is incredibly difficult to discern pain from other complaints or sources of agitation.”

Khan says a test that could detect biomarkers for pain could be “a game changer” for both patients and physicians.

“Pain is the main complaint that takes one to the doctor,” he said. “If the caregiver for these nonverbal individuals is not aware that the person is experiencing pain, they will not be able to get them to the correct healthcare facility and provider. Also, once they see a doctor, it is still difficult to assess whether the individual is indeed suffering from pain or just behaviors suggestive of another medical or behavioral issue.”

Roger B. Fillingim, PhD, is the director of the University of Florida Pain Research and Intervention Center of Excellence. He says pain can sometimes be overlooked in patients who struggle to communicate.

“Historically, we have tended to minimize the pain of these individuals, but it is now becoming clear that treatment of their pain is critically important,” he told Healthline. “There are behavioral measures that can be used to detect pain in nonverbal populations, but these are imperfect and can be difficult to interpret. For example, if a baby is crying, it could be due to pain, hunger, or some other form of distress.”

But even for patients who can communicate effectively, assessing chronic pain isn’t easy, and a number of factors can affect it.

“Ongoing persistent pain is almost by definition inexplicable, at least in terms of simple answers,” Gary Donaldson, PhD, director of the Pain Research Center at the University of Utah, told Healthline. “Chronic pain is affected by history, anxiety and depression, fatigue, history of medication use, and personality factors. The chronic pain of fibromyalgia differs from that of low back pain, which in turn may differ from persistent postsurgical pain.”

Roadblocks for a new test

Donaldson says he doubts this new test will be a game changer for the way a doctor assesses pain. This is due in part, he says, because an individual’s perception of pain is highly subjective.

“There is no meter, even in theory, that could read off the amount of pain a person has,” Donaldson explained. “Like most of our higher-order perceptions, we actively construct the perception of pain and continually reevaluate what we see ourselves experiencing. Despite those diagrams we all saw in science classes, pain is not really a signal that travels through the body to the brain.”

Despite this, Hutchinson is hopeful his research may pave the way for new methods of assessing pain as well as for better drug development. He says it’ll probably be three years before large-scale clinical trials begin and five years before the test is available in the rooms of local primary care physicians.

If the test is made available for use in everyday medicine, Hutchinson is hopeful it may help patients find some sense of validation for their pain. This kind of test could also help during the ongoing opioid epidemic in the United States, where some doctors are curtailing prescriptions for these painkillers due to their addictive properties.

“If they say they’re in pain and if the doctor doesn’t believe them for whatever reason, there may be tests, our tests and other tests, in the future that could be run on these patients. That’s great for the patient, because patients that know they’re in pain are heard and validated,” Hutchinson said.