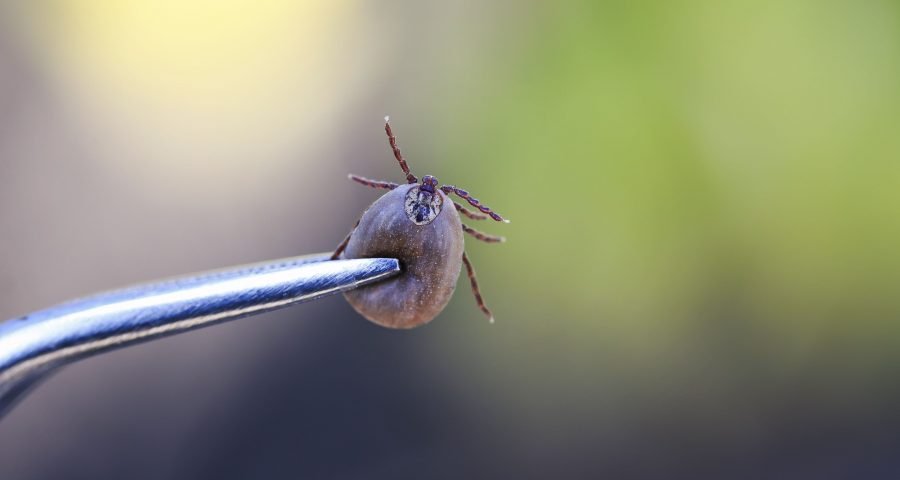 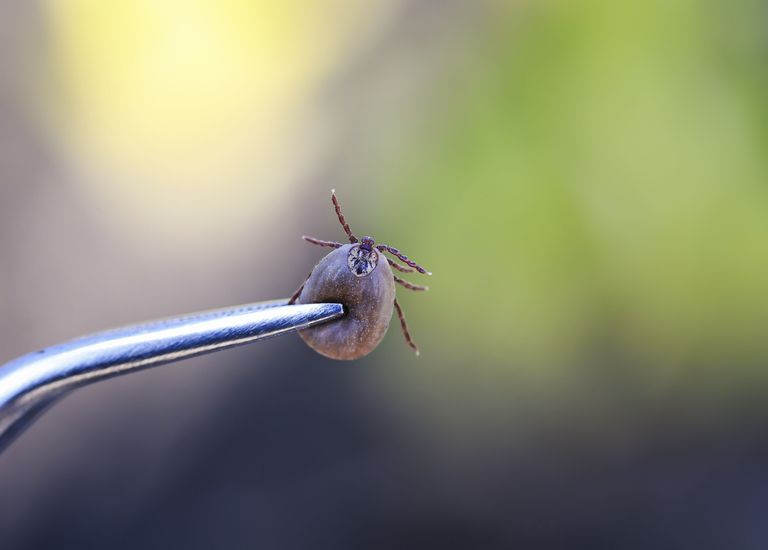 Finding a tick latched on to your body is enough to send anyone into a tailspin—but for one little girl in Mississippi, a tick bite actually caused temporary paralysis.

On June 6, Jessica Griffin wrote on Facebook that her 5-year-old daughter Kailyn woke up and couldn’t walk. “I was just thinking that her legs were asleep,” said Jessica.

It wasn’t until Jessica started brushing Kailyn’s hair that she noticed something really wrong. “I went to brush her hair to put it in a ponytail and noticed she could barely talk, and when I pulled her hair back that’s when I [saw] the tick,” Jessica told ABC News.

After “tons of blood work” and a CT scan, doctors figured out that Kailyn was suffering from tick paralysis, a rare disease that’s thought to be caused by the saliva in ticks.

“PLEASE for the love of god check your kids for ticks! It’s more common in children than it is adults! We are being admitted to the hospital for observation and we’re hoping her balance gets straightened out!” Jessica wrote. “Prayers for this baby! Scary is [an] UNDERSTATEMENT! She has been such a champ throughout this whole ordeal!”

Luckily, Kailyn is now doing okay. Jessica wrote in another Facebook post that she was able to walk out of the hospital, and shared a photo of her daughter carrying balloons.

What is tick paralysis and who can get it?

Kailyn’s isn’t the first case of tick paralysis that’s grabbed headlines. Last year, an Oregon mom posted a now-viral video of her 3-year-old daughter struggling to walk after being bitten by a tick, per CBS News.

Tick paralysis can cause intense paralysis that starts in the lower body and works its way up. It can be confused with other neurologic disorders, the Centers for Disease Control and Prevention says. However, within 24 hours of removing the tick, the paralysis usually goes away.

Children tend to be affected by tick paralysis more than adults, says Amesh Adalja, M.D., an infectious disease expert and senior scholar at the John’s Hopkin’s Center for Health Security.

That may be because children are less likely to notice a bite, or that their bodies are smaller, which means they deal with a higher dose of the toxin that causes this paralysis, says Adalja.

What are the more typical symptoms of a tick bite?

Unlike tick paralysis, which can happen several days after a tick bite, per the National Institutes of Health, other tickborne illnesses take a few weeks to develop.

If you’re bitten by a tick and contract a tickborne illness, it’s much more likely that you’ll have other symptoms like a fever and chills, headache, fatigue, and muscle aches, says Adalja.

Distinctive rashes are another common symptom of tickborne illnesses, per the CDC. In cases of Lyme disease, a circular rash called erythema migrans (EM) is typically the first sign of infection (it often looks like bulls-eye). Other rashes seen in tickborne illnesses, like Rocky Mountain spotted fever, appear as “small, flat, pink, non-itchy spots” on various locations on the body, adds the CDC.

Let’s say I do find a tick on me—what should I do?

Just a heads up: We’re in tick season, like, right now, so it’s really important to check yourself and your loved ones for ticks when you come in from being outside.

If you do find a tick, don’t freak (easier said than done). Instead, you want to get it off of your body ASAP—your chances of contracting a tickborne illness increase if the tick stays on for more than 24 to 48 hours, according to a review in the International Journal of General Medicine.

Use fine-tipped tweezers to grasp the tick as close to your skin’s surface as you can, the CDC advises. Then, pull upward with steady, even pressure. Twisting or jerking the tick could cause the mouth-parts to break off and stay in your skin.

Once the tick is off, flush it down the toilet and then clean the bite area and your hands with rubbing alcohol or soap and water.

After that, keep an eye on your overall health for a few weeks, Adalja says. And, if you find that you’re not feeling well or you develop a rash, talk to your doctor and be sure to tell them about the tick bite.

The bottom line: Tick paralysis is rare, but you should still be on the lookout for ticks since they carry other diseases like Lyme that you could catch if you get bitten.