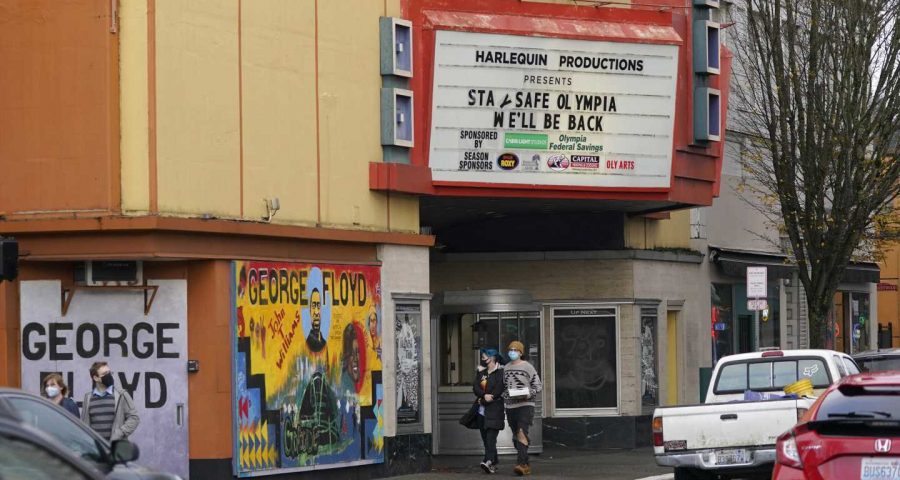 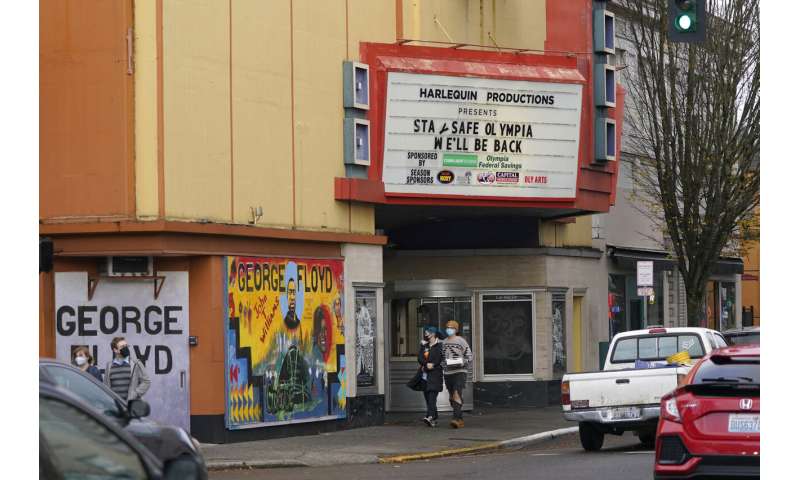 Michigan and Washington on Sunday joined several other states in announcing renewed efforts to combat the coronavirus as more than 11 million cases of COVID-19 have now been reported in the United States—with the most recent million coming in less than a week—and as many Americans prepare to observe a Thanksgiving holiday marked by the pandemic.

The new rules, set to last three weeks, are extensive but not as sweeping the Democratic governor’s stay-at-home order this past spring, when she faced criticism from a Republican-led Legislature that refused to extend the state’s coronavirus emergency declaration and authorized a lawsuit challenging Whitmer’s authority to combat the pandemic. She faced pushback from those who opposed the decision to toughen rather than relax what already was one of the nation’s strictest stay-home orders.

“The situation has never been more dire,” Whitmer, who authorities say also was the target of a kidnapping plot spurred on by anger over her earlier virus measures, said at a Sunday evening news conference. “We are at the precipice and we need to take some action.”

The directives from Michigan come on the same day that Washington Gov. Jay Inslee announced the state would enforce new restrictions on businesses and social gatherings for the next month as it, too, continued to combat a rising number of cases.

Starting Tuesday, gyms and some entertainment centers in Washington will be required to close their indoor services. Retail stores, including grocery stores, will be ordered to limit indoor capacity and multiple-household, indoor social gatherings will be prohibited unless attendees have quarantined for 14 days or tested negative for COVID-19 and quarantined for a week. By Wednesday, restaurants and bars will again be limited to outdoor dining and to-go service.

The actions also follow grim milestones passed by Texas and California last week as the states each marked more than 1 million confirmed COVID-19 cases since the beginning of the pandemic. 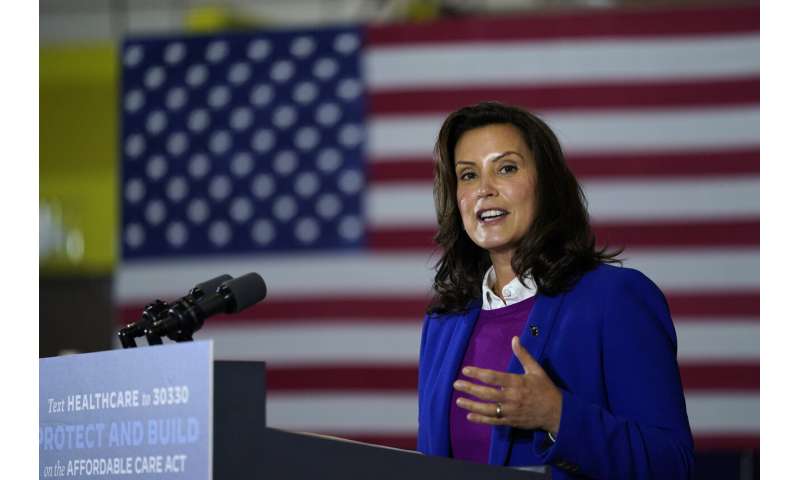 In Texas, sporting events were canceled and at least one city added mobile morgues in anticipation of hospital-overwhelming virus deaths. Meanwhile, in California, the nation’s most populous state and the first one to issue a statewide stay-at-home order, officials urged those planning holiday gatherings to take strict precautions, including keeping visits small, outdoors and under two hours long

And in North Dakota, a previously resistant Gov. Doug Burgum ordered a statewide mask mandate and imposed several business restrictions late Friday in an effort to contain the spread of the coronavirus that has stressed the state’s hospital capacity. The Republican heeded the advice of doctors, nurses and other health care professionals to require face coverings. Bars, restaurants and other venues were also ordered to reduce capacity.

Though not nearly as sweeping as those imposed last spring, the restrictions in Michigan and Washington signified returns similar to measures taken in the beginning months of the coronavirus pandemic in the U.S. when both were under strict stay-at-home orders.

In Washington—which was among the first states to report a COVID-19 case and death in early 2020—all 39 of its counties have been paused in either the second or third phase of a four-stage reopening plan that started in early May after a lockdown that began in March.

The restrictions announced by Inslee, a Democrat, temporarily rolls back all counties and places them under the same guidelines. The advisories say people should avoid non-essential out-of-state travel and quarantine for 14 days after arriving from another state or country.

Health experts and officials across the nation are now cautioning people to forego or revise gatherings and holiday travel plans as Thanksgiving and winter celebrations approach.

As of Sunday, Johns Hopkins University’s coronavirus tracker has reached 11 million after topping 10 million cases Nov. 9—with the most recent million coming in just six days. It took 300 days for the U.S. to hit the 11 million mark since the first case was diagnosed in Washington state Jan. 20.