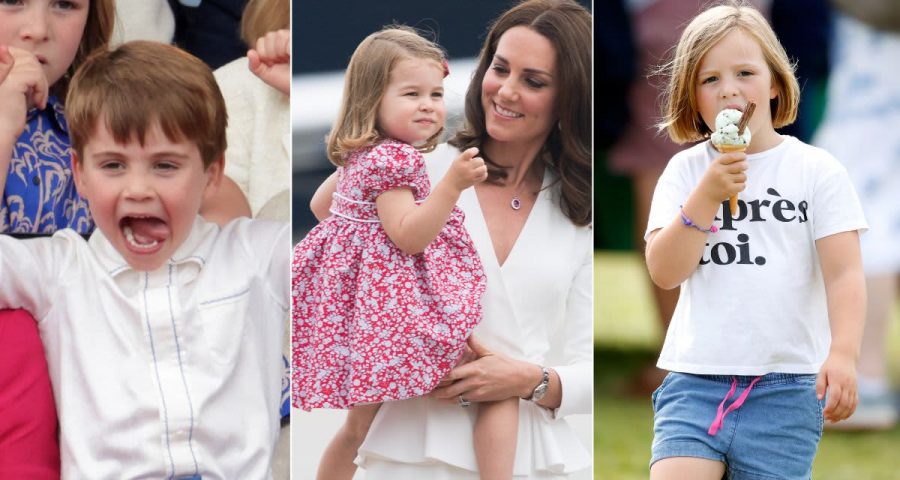 Give your kids the choice and they’d probably choose Coco Pops or pancakes for breakfast every day – and we’d love to know whether royal children are the same.

From Prince George to Princess Charlotte and Prince Louis, to Mia Tindall and Archie Harrison, have you ever wondered what the young royals eat for breakfast? The British royal family have an army of chefs catering to their personal tastes, so we’d imagine quite a spread is put on at breakfast time. Read on to discover everything we know about the royal children’s favourite breakfast foods…

We were pleasantly surprised to discover that the children of the Duke and Duchess of Cambridge start their day with a very normal dish.

When mother-of-three Kate visited LEYF (London Early Years Foundation) Stockwell Gardens Nursery and Pre-school in London in January 2020, she served breakfast to children and spoke of her children’s own meal preferences.

School manager Michelle Samuels told today.com: “She mentioned to three of the children that her own children enjoy apples and cereal in the morning, which sparked a conversation with the children about their own preference of fruits.”

Apples and cereal! We love that.

MORE: The sweet baking tradition Kate Middleton does for her children

Did you know that Prince Harry has a penchant for American bacon, which started in his childhood?

In an interview in Food & Wine, former royal chef Darren McGrady, who cooked for Princess Diana and the young princes at Kensington Palace revealed: “It was after [the royal family] came back from Walt Disney World and I had cooked bacon for breakfast.”

Princes William and Harry with their mother Diana, Princess of Wales

“We serve the same bacon you can get in the states, and I broil it just the same. But Prince Harry said to me, ‘We had it in America at Disney World, and it’s so crispy you can snap it. You have to broil it first, and then you have to put it in some paper towels and place it in the microwave for a minute.'”

Darren then tried out Harry’s cooking method and was so impressed, adopted the technique himself. The chef also revealed that the young princes were rather fond of his peanut butter and jam muffins, which sound utterly divine.

The young princes were a fan of muffins

While we don’t know the specifics of their breakfasts, we do know that parents Zara and Mike Tindall eat a normal, balanced diet and it’s a far cry from fancy royal banquets at home.

Zara previously told the Sunday Times Magazine that she starts her day at 7am and eats Greek yoghurt and honey for breakfast, so we imagine her children enjoy a bowl of cereal like their cousins George, Charlotte and Louis.

The daughter of Princess Anne also revealed: “Lunch is quick and simple, like soup and a sandwich or eggs and toast. I don’t diet but I try to eat well and not to eat too many carbohydrates or sugary things.” Based on this information, we bet Mia and Lena have the odd boiled egg and soldiers in the morning.

The family eat just like us regular folk – we’ve often seen photos of their children enjoying an ice cream at sporting events with their parents and dad Mike has previously shared a photo of his homemade burgers on his Instagram page.

Archie Harrison is a big fan of waffles

Prince Harry recently revealed what Archie loves eating for breakfast during a chat with James Corden for The Late Late Show.
Little Archie enjoys nothing more than waffles in the morning, and his favourite breakfast is all down to a present from his grandmother, the Queen!

Harry told James: “My grandmother asked us what Archie wanted for Christmas and Meg said a waffle maker, she sent us a waffle maker for Archie… so breakfast now, Meg makes up a beautiful organic mix, in the waffle maker, flip it, out it comes, he loves it.

“Archie literally wakes up in the morning and says ‘waffle’.” How sweet!

Make sure you never miss a ROYAL story! Sign up to our newsletter to get all of our celebrity, royal and lifestyle news delivered directly to your inbox.