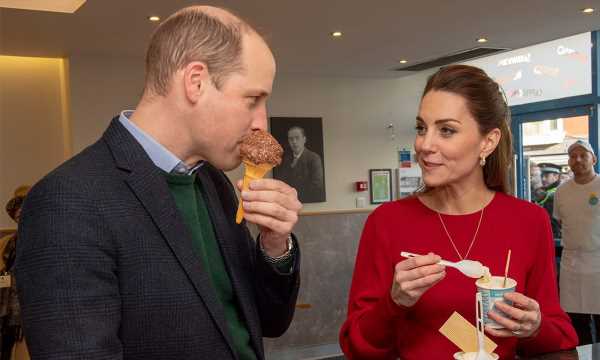 The Princess of Wales has revealed her favourite snacks over the years but some of these will surprise you.

Other senior royals also seem to have some rather unique eating habits. The Queen used to love to eat bananas with a knife and fork while Princess Anne loves to have smoked kippers for breakfast.

Of course as a huge fan of Mary Berry, Princess Kate loves baking classic cakes and loaves. However, the Princess of Wales also enjoys some more adventurous options.Take a look at the Duchess’ most bizarre traditions, some of which she has passed on to her children… 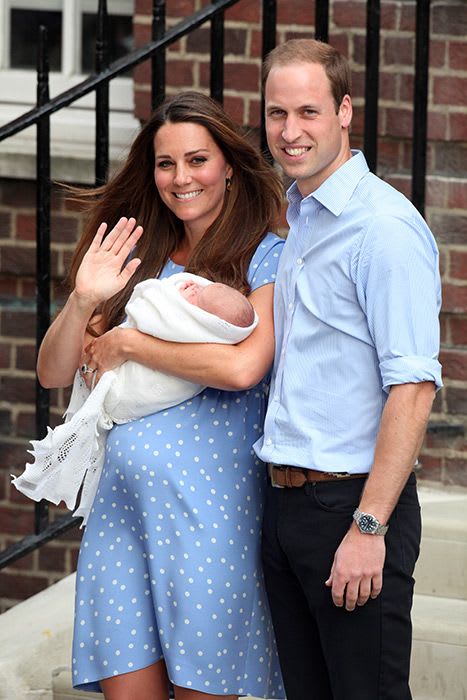 Kate loved spicy foods even more during her pregnancy

Granted, many pregnant women crave some controversial foods when they’re expecting but it’s always fascinating to see inside a royal’s diet! While she was pregnant with Prince George, Kate supposedly loved eating vegetarian curry cooked by her local restaurant in Upper Bucklebury, Berkshire.

Regardless, the royal continues to love spice foods – and even her husband Prince William can’t handle the heat!

WATCH: Want to know the royals’ snacks of choice? All is revealed

Instead of the usual sweet treats many kids tend to prefer, it appears as though Kate has always followed a healthy diet – even when she was young! While visiting children at Great Ormond Street Hospital in 2018, she revealed to a four-year-old patient: “I used to eat lots and lots of olives when I was little as well.”

Princess Charlotte is already following in her mum’s footsteps. Kate later shared her daughter also loves to snack on olives in 2019, according to Daily Mail. 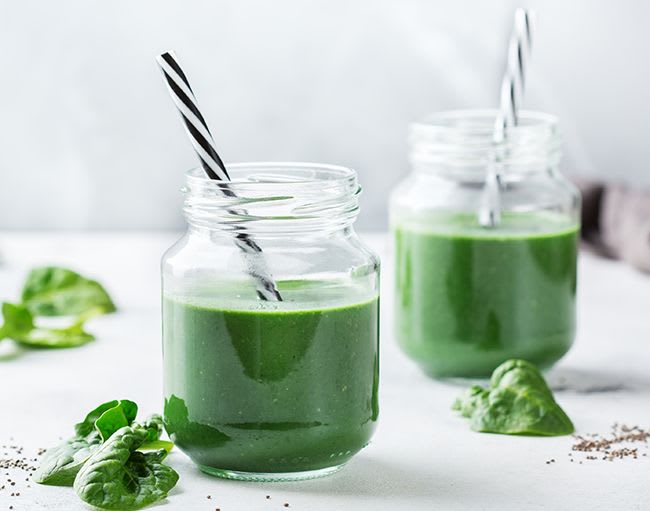 The Duchess’ green juice is so healthy!

Green juice itself is not an unusual food, with even the likes of the Duchess of Sussex also incorporating it into her daily diet. While kale, spinach and apples are all staple ingredients in a green juice, Kate’s favourite combination is much more diverse.

According to the Mail Online, the Duchess blends kale, spirulina (a type of algae), matcha (green tea leaves), spinach, romaine, cilantro (coriander leaves) and blueberries together for a healthy breakfast drink. It’s no wonder the royal looks so radiant!

RELATED: This is what happened when I drank Kate Middleton’s green ‘pond water’ smoothie for a month

Kate was well travelled long before becoming a member of the royal family. She once spent the summer working on boats in the Mediterranean and her palate reflects the cuisines that she encountered. 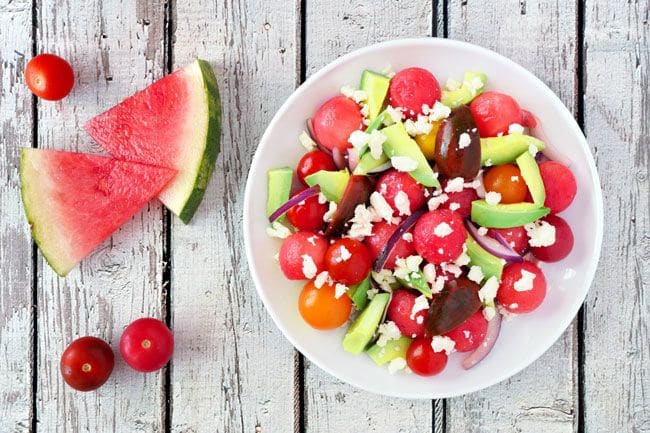 Kate’s watermelon and avocado salad is a colourful combination

The Duchess is said to love watermelon salads which are usually a blend of watermelon chunks mixed with avocado, red onion, cucumber, and feta cheese – the perfect mix of sweet and savoury. 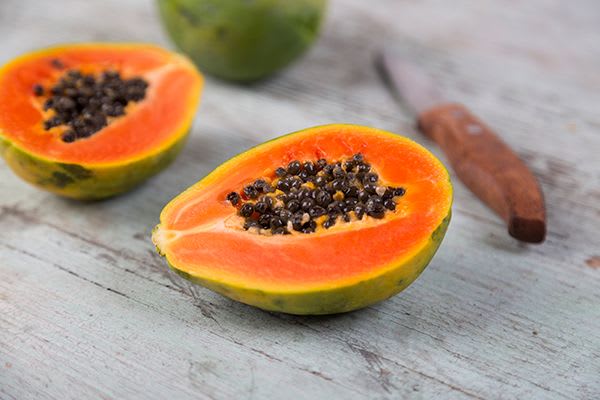 Princess Kate revealed she liked to snack on papaya. Back when she was visiting LEYF (London Early Years Foundation) Stockwell Gardens Nursery and Pre-school in London in January 2020, the royal gave some insight into her eating habits as well as her children’s.

She served breakfast to the children and talked about the food she enjoys at home.

School manager Michelle Samuels told today.com: “She mentioned that she likes papaya to a child who was reluctant to try a piece of papaya. After this, the child tried some papaya.” 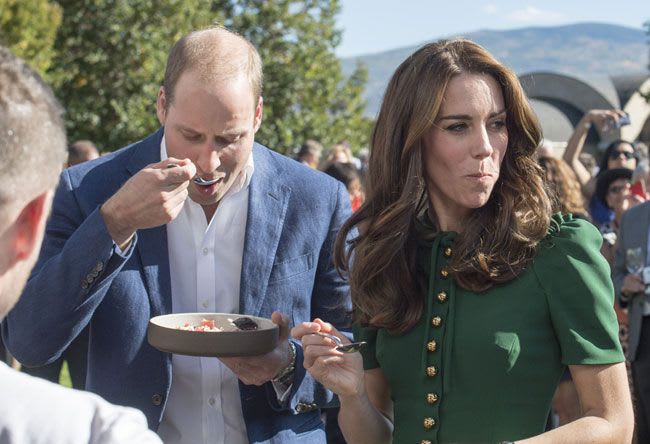 Kate and William sampled geoduck back in 2016

Never afraid to try new dishes, Kate and William tucked into a very unusual delicacy during their royal tour of Canada – and the mother-of-three seemed to like it!

The royal couple tasted thinly sliced wild geoduck sashimi, garnished with a Miso Mustard Sauce. “There is a slightly firmer texture to this,” Kate said of the large clam. “It’s really unusual. I’ve never seen it before. It’s so fresh from the sea.” Considering her love of sushi, we wonder if she has considered trying to recreate the dish at home! 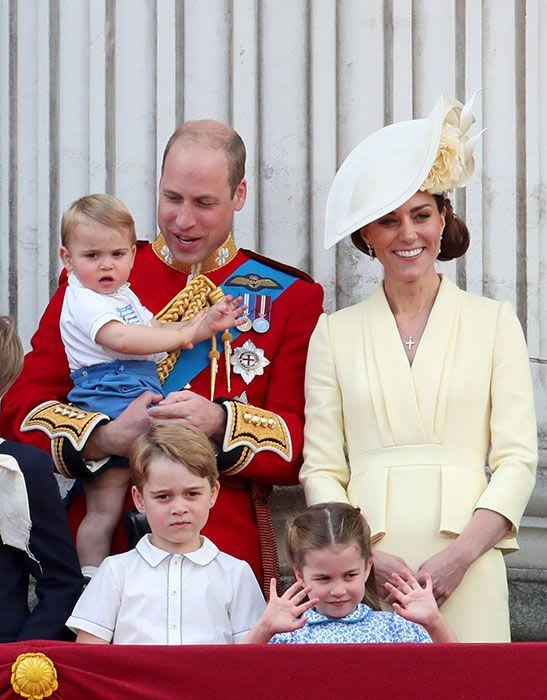 Kate loves to bake, especially when it comes to her kids’ birthday cakes

It’s no secret that Kate loves to cook with her children Prince George, Princess Charlotte and Prince Louis. However, it seems as though her tradition on their birthdays is to stay up very late to create a cake for them.

In A Berry Royal Christmas, Kate told Mary Berry: “I love making the cake. It’s become a bit of a tradition that I stay up ’til midnight with ridiculous amounts of cake mix and icing and I make far too much. But I love it.” With three children who likely wake up very early on their birthday mornings, we’re surprised the Duchess hasn’t tweaked her tradition to be a little earlier!

All you wanted to know about Royalty and more! Listen to our brand new podcast all about the royals.