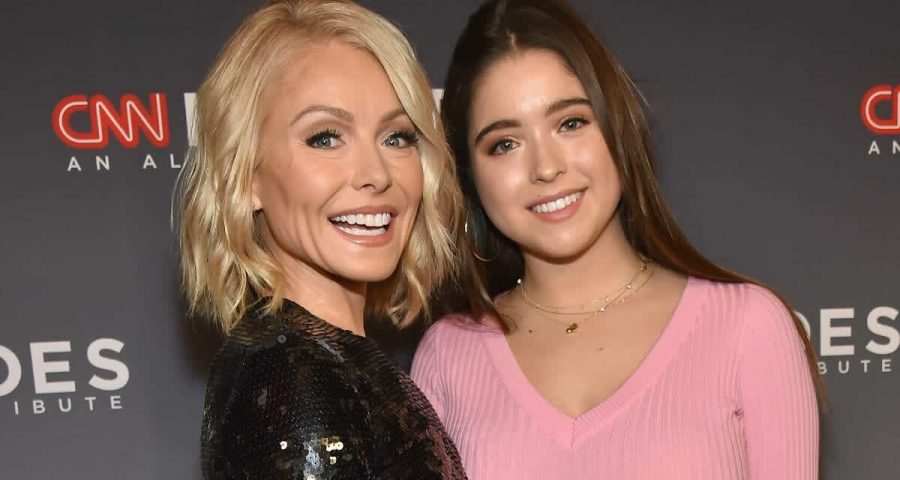 Kelly Ripa may be separated from her daughter on her 21st birthday – but she revealed what Lola can expect to receive when she returns home.

The Live with Kelly and Ryan star was forced to share a throwback photo of Lola’s 20th birthday celebrations as she is currently in Europe looking for an apartment for her study abroad program.

Kelly posted a sweet photo of the birthday girl on Instagram that showed her smiling for the camera while showcasing her multi-colored cake – and we wouldn’t be surprised if she was treated to something similar when the family reunite for a belated celebration.

The delicious-looking cake was adorned with long red candles and a gold topper that read ‘happy birthday’. The cake appears to be the ‘Ombre Buttercream Dream’ by bcakeny, but instead of their standard two-color buttercreams, Lola was treated to three – yellow, red, and blue – which melted together in a beautiful Ombré design.

It also featured edible metallic leafing, sugar roses, as well as a buttercream drip, and a banner across the bottom that read: “Happy 20th Birthday Lola.” 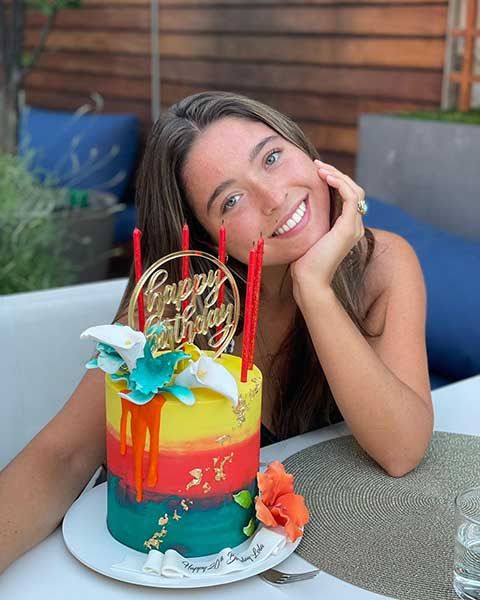 Lola will have a belated birthday cake this year

Captioning the photo, Kelly penned: “She’s 21!!! Happy birthday @theyoungestyung we love you so much! You are our heart and soul.”

On Thursday’s Live with Kelly and Ryan, she revealed to her co-host Ryan Seacrest how she feels about her daughter reaching such a huge milestone.

“How does that change mom’s view of Lola now that she’s 21 and totally legal for everything,” Ryan asked, to which Kelly responded: “I said to her ‘you can finally have a cocktail.'” 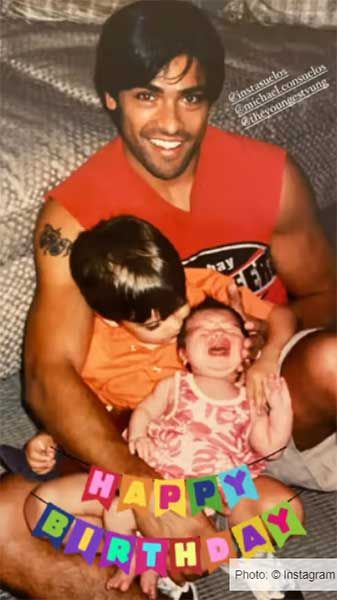 The mom-of-three shared several throwback photos of her daughter

He then quizzed her on the celebration for Lola, with Kelly revealing that her daughter was currently in Europe looking for an apartment for her study abroad program.

The audience broke out into awws when they realized the family wouldn’t be together for the big moment, with Kelly joking: “Yes, poor Lola.”

She explained: “She had a trip planned, it’s her last hurrah before she’s off the family nipple, so to speak.”