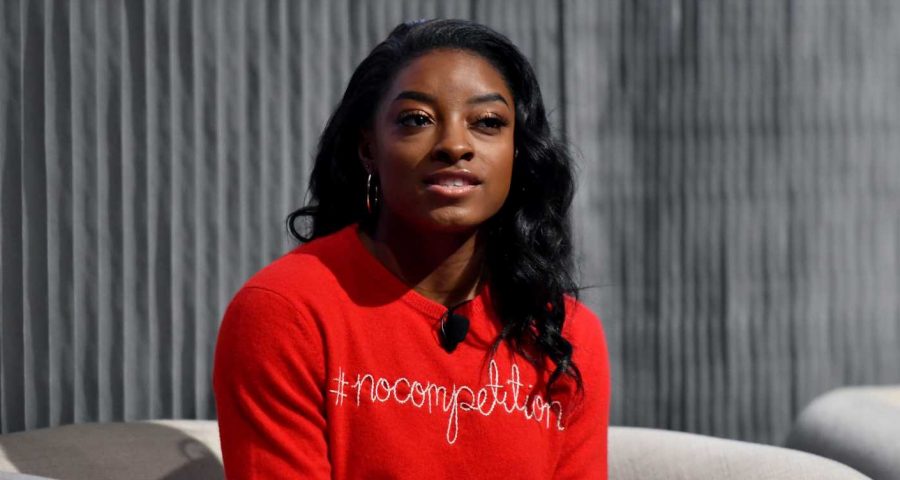 The handstand challenge has been sweeping the internet as celebrities and athletes try to stave off the boredom by showing off how they can put on a T-shirt while maintaining a handstand against a wall. Spider-Man star Tom Holland kicked it off, then challenged his MCU buddies Ryan Reynolds and Jake Gyllenhaal to try it themselves.

Then Gyllenhaal’s sister Maggie did her own pretty flawless version, followed by hurdler and bobsledder Lolo Jones, who leveled up the challenge by donning not one, but two T-shirts, and taking a celebratory sip of wine while holding her position one-handed.

And now world gymnastics champion and Olympic gold medalist Simone Biles has taken the handstand challenge to a whole new tier of showing off. In a video she posted to Twitter, Biles removed her sweatpants using her own feet, while in a free handstand which she held for a whole minute, unsupported by a wall.

Looks like Biles just took the handstand crown from Jones, at least until another pro athlete gets bored enough to attempt their own creative approach to the viral challenge.

This is the second time this week that Biles has given a demonstration of her handstand prowess on her socials; on Thursday, she shared a video to Instagram in which she elevated herself above a pair of parallettes bars, before raising herself up into a handstand, then lowering back down into a seated position — a feat of major core strength and stability. “Stay home and stay focused!” She wrote in the caption.

Biles is one of many Olympians who have found themselves with plenty of time on their hands now that the Summer Games in Tokyo have been postponed until next year due to the coronavirus pandemic. Like Biles, plenty of other Olympic athletes have been staying busy by finding innovative new ways to keep up with their 2021 training while on lockdown.