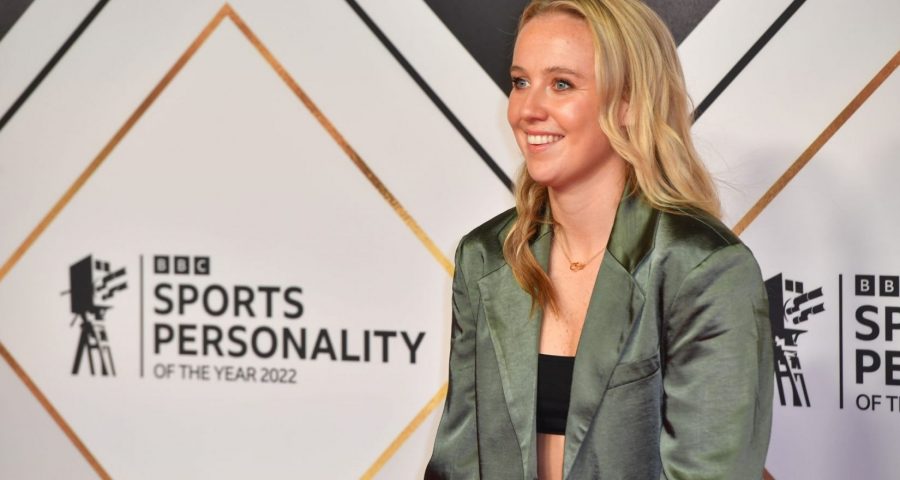 Oh, and the Lionesses won Team of the Year while their coach Sarina Wiegman snapped up Coach of the Year. A clean sweep for women’s football!

Cast your mind back over the past year to when you were last really, truly, ecstatically happy. When you cried with joy. When you, say, spilt most of your drink over your shoes because you were bouncing up and down like a headless chicken singing Freed From Desire (Beth Mead’s On Fire).

Unless you had some major life triumph, we bet it’ll have been on that electric afternoon back in July when Ella Toone and Chloe Kelly scored the goals that saw the Lionesses claim their first Women’s Euro victory. And the person who played a truly inspirational role in getting the squad to that final? Beth Mead.

As such, there was only one person who absolutely had to win last night’s BBC Sports Personality of the Year award – becoming the first female footballer to snatch that trophy. Mead has been recovering from a serious ACL injury, but even being on crutches couldn’t take away the magical moment she cemented her place at the centre of footballing history.

To give you a chance to relieve that magical moment from July 2022 all over again and relish the one seriously good thing to come out of this bin-fire of a year, we’ve put together the best reactions to Beth Mead’s historic win (number two).

The rest of the Arsenal squad almost turning over their coach

There’s nothing more pure that seeing teammates go bonkers for a member of their squad. Arsenal Women were on their squad bus, watching the BBC show on a phone when Mead won and we take our hats off to the driver for keeping the bus on the road.

And Arsenal fans generally losing it

Frimpon really summed up all that needed to be said.

Not the former Archbishop of York sending his best capitalised wishes

Sometimes, only capitals and emojis will do. John Sentamu – former Archbishop of York – has only tweeted once since July 31 when he wrote “LIONESSES YOU ARE SIMPLY ABSOLUTELY FANTABULOUS”, but Mead’s win persuaded him to come back online to show his love for the team yet again.

Two of the biggest footballing legends coming together to cheer on Beth Mead – magical.

And football fans realising the game will never be the same

Forget about 40 years ago – just days after England won Euro 2022 at Wembley, the government made a U-turn over its commitment to provide girls with football lessons. True to form, the Lionesses got together to write an open letter condemning the decision.

At the moment, just 63% of girls have access to the game during PE lessons – and the team believes that following their success at Wembley, more will want to play. By not offering it at school, those girls risk being turned away.

But aside from a lack of action by the government, things clearly are changing. Girls of all ages will be turning up to local football clubs thanks to women like Beth Mead.

Because 2022 was the year that football finally came home, thanks to Beth Mead et al

Pop on down to the Emirates when Arsenal Women are playing there (their matches are usually held up in Borehamwood), and you’ll probably see the Labour leader in the crowd. Perhaps he summed Mead’s success up best: she really has inspired a nation.