If you watched Game of Thrones — and even if you didn't — when you picture Maisie Williams, you probably picture her as a brunette with brown brows to match. And it's safe to say her brows still match her hair color. But instead of her natural chocolate shade, the actor has been sporting platinum hair and bleached brows, and she shared the look with a huge audience at last night's BRIT Awards.

Williams has been filming a new series about the Sex Pistols, Pistol, and her role calls for her to be bleached beyond recognition — both her hair and her eyebrows. While presenting the Global Icon Award to Taylor Swift on May 11, she was seen wearing her platinum hair in a small, high bun with messy curtain bangs. Her brows are arguably even whiter-blonde than her hair, seeming almost invisible against her fair skin. 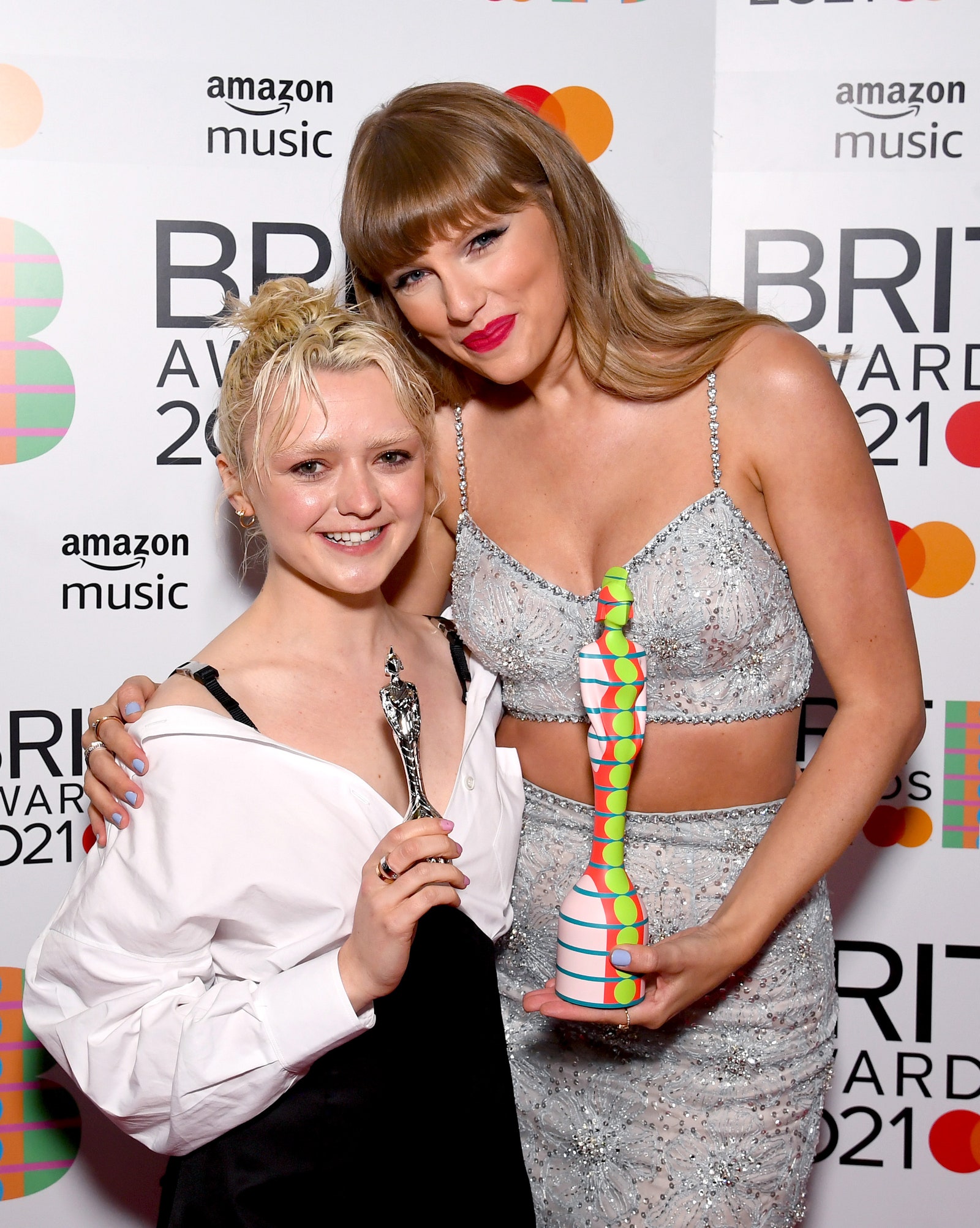 The new look was first spotted on the set of Pistol in early April, and Maisie has been giving brief peeks at the monochromatic hair-brow combo for the last few weeks. But the BRIT Awards mark her first major public appearance with the striking look.

Williams has had fun switching up her hair color in the past. At the 2017 SAG Awards, she went in the complete opposite direction of her current look with black hair and brows. And in 2018, she went pastel-pink — keeping her brows brown — before going purple for the Game of Thrones Season 8 premiere.

We have a feeling that Williams will switch up her hair yet again when Pistol filming is wrapped, but until then, we hope we get to see a lot more of this edgy look — and we wouldn't be surprised if it starts a summer trend.